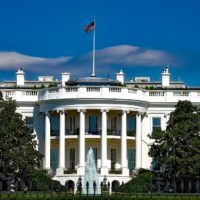 In today's ExchangeWire news digest: US Secretary of State Mike Pompeo reveals that the US may decide to ban Chinese social media apps; consumer advocacy groups write to regulators to warn against Google's purchase of Fitbit; and Facebook reveals that it accidentally broke its own data rules.

US Secretary of State Mike Pompeo has indicated that the country may decide to ban Chinese social media apps. Speaking to Fox news yesterday (6th July), Pompeo said that the US government has been working to remove Chinese telecoms giant Huawei from the US, and has determined that fellow Chinese network ZTE is “a danger to American national security”.

The comment comes amidst growing tension between the two nations – the US has been criticised for meddling with China’s international business, with some pointing the finger at the Trump administration for the UK’s decision to drop Huawei from its plans for a 5G network.

Now the attention has been turned to apps, with mega-success TikTok amongst those in the firing line. Owned by Beijing-based tech firm ByteDance, TikTok has acquired hundreds of millions of users around the world. The app gave rise to a new breed of social media influencers and rapidly became fertile soil for advertisers.

However, this could come crashing down if the Trump administration follows through on Secretary Pompeo’s comments. The move could prove disastrous for the video-app, which has already been banned in India and has announced its decision to exit the Hong Kong market. Could this be the beginning of the end for TikTok?

A number of consumer advocacy groups have submitted a joint letter urging regulators to be vigilante about Google’s purchase of health technology firm Fitbit. The collective of 20 groups argued that authorities should monitor the USD $2.1b (£1.7b) deal, which was struck last November, in order to guarantee user privacy and healthy competition.

The collective, which consists of groups from Europe, Latin America, the US, Canada, and Australia, asserted that the acquisition will only stand to increase Google’s already dominant position within the digital landscape. The coalition also highlighted that the wearable fitness devices collect highly sensitive data on the wearers, and urged regulators to keep a keen eye on how the Alphabet-owned tech giant handled this information.

EU, US, and Australian authorities have already stated that they are monitoring the deal. EU antitrust regulators have announced that the bloc will reach a decision to either approve of the deal or open an investigation by 20th July.

Google has already been scrutinised for the anti-competitive nature of its business practices, with the US Department of Justice reportedly gearing up to launch a lawsuit against the firm within a matter of months.

Facebook reveals it mistakenly breached its own data rules

Facebook has stated that it mistakenly allowed around 5,000 developers to access user data beyond the firm's own cut-off point. The tech giant revealed last Wednesday (1st July) that it has uncovered a technical fault that meant that developers continued to receive information on its app’s inactive users after the deadline.

The social media giant implemented a rule preventing developers from accessing the data of users who have not used the Facebook mobile app for a period of more than 90 days. The rule formed part of a change to Facebook’s data policies, which were introduced in the wake of the Cambridge Analytica scandal.

In a statement admitting to the mistake, Facebook revealed that the issue only impacted some apps in certain situations. The firm gave the estimated figure of 5,000 developers based on a review of data from recent months, but did not reveal the number of users affected by the fault. Facebook has asserted that the bug has been fixed, and that it is continuing to investigate the issue.

Facebook has been under increased scrutiny for its data-handling practices, so it will be interesting to see how this more modest breach will affect the case against Facebook.