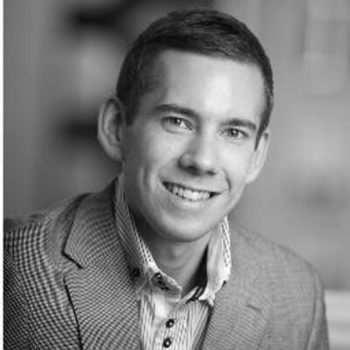 Mike Harty, PowerLinks, COO, and ExchangeWire columnist, breaks down one of the 'geekier' insertions in the programmatic industry's 'glossary of terms', and explains in layman's terms why OpenRTB 2.3 is so important for native advertising.


The topic of 'OpenRTB protocol, version 2.3', and it's implications for the real-time bidding (RTB) space, might be one that will turn all but the programmatic purists off, but for those in the native advertising sector, it's arguably the key development of 2015 given its ability to fuse the dual opportunities posed by two of the biggest developments in the advertising industry.

A widespread ignorance of the spec of this technology is understandable. The initial OpenRTB 2.3 proposals were published roughly six months ago, and contained within a 70 page document – click here if you don't believe me.

However, I'd like to peel back the layers-upon-layers of jargon to highlight some of the exciting developments the document contains, and how it signifies important changes in the industry.

Slash through the jargon


Stripping away the technical speak, the latest update means:

⁃ Open RTB now supports native ads, so they can now be sold more efficiently using programmatic advertising technology
⁃ This is possible as the buy- and sell-side are now better able to match ad creatives, to suitable media placements through the support of metadata (e.g. image files, data, etc) during the bidding process

The fact that you have big-name, supply-side players such as Rubicon Project, and Pubmatic getting on board with OpenRTB 2.3 – which was one of the key announcements among ad tech players at this year's Mobile World Congress – shows that it is finally starting to hit scale, as they have been diligently doing their hard work to get their respective offerings over the line.

A level playing field, open to all


This also means native advertising exchanges will be better able to demonstrate the value they provide to the industry. Basically the volume of programmatic native ad formats is set to go over and above what such players can transact individually as an ad network. this means the oncoming scale of demand that Open RTB 2.3 standardisation will unplug will results in the industry needing a single buying-point that can link the buyer to the sellers.

Companies that can provide that, will prove highly in demand. While the above is key to the ongoing development of programmatic native, it's also worth noting how this sector will best thrive on platforms that are designed with native in mind. Too often you see companies try to reverse-engineer platforms, and 'over-standardise' to meet with the demands of legacy systems.


The fact is, that for years the entire industry has liked to talk about programmatic native advertising, and why not? Tying together the unique content proposition of native content, with the sophistication of ad tech, for better performance is surely the ideal practice for all in the media game, but until now it has been just talk (on the whole).

If you go back 18 months or so, native advertising was a conglomerate of non-standardised ad formats that had been cobbled together by disparate publishers, may of whom were offering them on a direct-sales basis, either that or cheap ad network plays. However, now with the ongoing standardisation of the space, through developments such as OpenRTB 2.3, we are starting to see the biggest companies in the world get involved.


Although this is mostly speculation at this stage, if you speak to some sources, the true behemoths of the industry are starting to look at programmatic native. Google is said to be looking at programmatic native, from a mobile, and in-app point-of-view. It has also been rumoured for a long time that Google's DoubleClick will support native, but that hasn't come about yet. Although, you'd have to assume it's on the way (some would even say that sponsored results around search, mapping, and email services is exactly just that).

Facebook too claims that 50% of all the money it pays out to app developers comes from native ad spend. On that point, it's also worth referencing Yahoo and how it is continuing to iterate around what it has been doing as regards Gemini's native proposition (through baking in search retargeting), and the scale of interest is clear.

In one of my earlier column posts I covered how this ongoing standardisation was a fine line that had to be delicately trodden, but if we assume that all of the points there are taken into account by the respective players, then we can assume that serious money is about to flow into programmatic native advertising, and I would argue that OpenRTB 2.3 was quite a pivotal moment in this development.

With almost two-thirds of advertisers surveyed in a recent Association of National Advertisers (ANA) study saying they wanted to increase their native ad spend – in fact total native spend has been tipped to hit $8.8bn in the USA alone by 2018 – it goes to show that we're only just starting to keep up with demand.