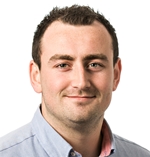 At the risk of overusing the latest buzzword, we are in a period of serious consolidation.  It was inevitable due to the impressive explosion of new technology companies and also the many pivots made by the old guard into the programmatic space.

It is this pressure that is forcing decisions at every major company within the programmatic space.

There are others who didn’t make this list because it’s still unclear what their moves are.  Twitter with its MoPub move certainly shows it might be aiming for the same goal but it’s too early to tell.

Once you start to broaden the scope, this very question arises.

Sky is in this bracket and is slowly but surely working on its offering.  Other broadcasters could fall into it. But I don’t see the desire from it past order automation for TV spot buying.

Telecoms providers also fall in here but it may be too little too late and the market may move too quickly for them to get everything lined up in terms of tech.

What unites the seven companies listed above is their unique elements across tech, data and inventory.  I believe if you have these elements, you own them and you’re BIG, then you have a strong case for an ecosystem.

For those that don’t (you can put local market publishers, newspapers and standalone websites into this bracket), there are two options.  Join an ecosystem or try to survive outside of it (where Rubicon and AppNexus could help the market).  This is really the same choice as becoming programmatically enabled i.e. will you trade programmatically or will you ignore it.  I think we can confidently say the market has made that decision for them although the conversation still rears its head of not cannibalising direct spend and will continue to do so for the foreseeable future.

And what of the VC funded DSP and technology companies?

How and where do they fit in when their tech becomes a commodity?  I mentioned in my previous post that you can live without certain features if you have other basic features while you wait for your technology vendor to build it (or you build it yourself).

But the commodity aspect is the buying.  Execution in its simplest form on all the DSP’s is the same to varying levels of success/performance.  What differentiates a DSP is what the ecosystems have that is theirs.

I don’t need to buy a standard third-party data segment in a standalone DSP if my ecosystem DSP has that third-party data segment plus all the unique elements that they have, and no else has it in their DSP.  This is the crux of it.  If buying is all you deliver, how can you differentiate yourself?  Service and product can all be replicated.  You have to have something no else has if you’re going to succeed.

Or you get bought by someone who needs that buying function.  Microsoft, Yahoo (post-Alibaba) could answer that call – if they want to.  I also expect these VC funded DSP’s to begin making a play for the marketing cloud landscape. Rightly or wrongly that’s the next big bet for these companies.

It’s the same situation for any channel specific DSP in mobile or video.  We have talked for years about a multi-screen approach, cross channel planning and execution but the mobile DSP caters for mobile, a video DSP for video.

The convergence of channels in DSP’s is happening and it is the big ecosystem DSP’s that are going win out, especially if they own their video or mobile inventory.  To a degree the topic of cross screen statistical modelling is redundant if you own the three pillars of tech, data and inventory – you can connect it anyway within your own ecosystem (I make this sound simple – it’s not).  But it will be valuable for those that don’t, and if a standalone DSP buys a cross screen solution that’s further consolidation.

You can be absolutely certain that these ecosystems will not for a minute forget about mobile or video.  When they turn their focus to it, they will build, buy or borrow. A thought - maybe that’s why we have so many standalone channel specific DSP’s – build to be bought!  Ultimately they want what most clients want – one single view across all channels in one platform.

Interestingly though the ‘one view’ won’t be one view.  It will be five-to-six dependent on how many ecosystems you trade within.  So the next logical step is to try and comprehend how you track across five-to-six ecosystems that have unique data, tech and inventory across all channels but more importantly have a different ID for the consumer.  A Google ID, an Amazon ID, a Facebook ID and so on.

Maybe this is a DMP, maybe it’s something that doesn’t exist but it won’t be a Facebook, Google or Amazon.  They’ve spent the best part of 10 years and billions of dollars in tech to lock you into their ecosystem so it’s unlikely they will just give you an option to trade correctly with their competitors.

The prospects of market neutrality?

I think this has to be someone else, someone neutral but with enough scale and clout to get support from big advertisers to ensure this could become a reality. This ideally would be an Oracle BlueKai or Adobe, someone who occupies that cloud based marketing platform arena in conjunction with the advertisers or agencies. This goes beyond just the DMP to adserving platforms and buying platforms, but overall agencies are in nice sweet spot of convergence here.

The decision on execution platforms be it standalone DSP or ecosystem DSP’s best lends itself to the current agency trading desks and skillsets that sit within these areas.

There is a reason we built VivaKi Verified and it’s not just to verify the tech, data or inventory we buy but to understand what DSP is to be used where.  Initially there wasn’t the potential for multiple ecosystems but now this becomes more a reality.

The requirement to understand the benefits of every piece of the ad tech industry becomes more important to effectively communicate back to clients why this DSP, or this ecosystem becomes their primary arena for trading.  Potentially with secondary and tertiary ecosystems or DSP’s to answer other needs.

What’s important to realise here is that no one ecosystem is going to be able to do everything so if you’re using one ecosystem DSP, or one standalone DSP you’re going to be hindered in your ability to provide access to the other ecosystems. This is a new landscape, prior to previous 12 months Google was the only ecosystem.

This also means for the client direct angle for a DSP it could only ever be a short term prospect if the future becomes an ecosystem future.  They will only ever know their tech and its capabilities. A standalone DSP isn’t going to be given Amazon data, or Google, or Facebook data, or their prized inventory.

Plus I’m sure a standalone DSP wouldn’t want to have skill up on another DSP technology.

Again, agencies are in an advantageous position to give that intelligence and recommendations on initially how to trade in this space and who to work with. But it may need a change in DNA for some?

Is consolidation a bad thing?

Some will comment on the fact this consolidation is a bad thing; that the ecosystem future is terrible for the industry.  I disagree.

It cleans the market up it actually allows you to understand what your value proposition is. It has never been so clear that if ecosystems come into place for you to provide value to a client it has to be something they can’t get anywhere else.

This logic didn’t affect the broadcasters negatively and in fact got them where they are today.

Look at how well TV has propagated with a selection of five-to-six big channels that you trade across.

The difference in programmatic is that the act of buying and decision is in the hands of the advertiser or agency/independent that represents that client.  Not in the broadcasters once the order form has been shipped from the agency.  This is likely one of the reasons we see slow movement from the broadcasters, this and the bigger reason that they don’t need to right now.

You have to figure out how you’re going to work in them, operate your business and most important provide inventory, data and technology that is unique and cannot be replicated.

Right now this is my perspective on what could happen, the building blocks are falling into place across the largest and most prolific digital bodies that we interact with daily, and for now we can’t rule this out.

Programmatic trading is here, some companies will be around for the future, some might not, and some that might not exist right now might be the glue that finally provides that ‘one view’ to rule them all.