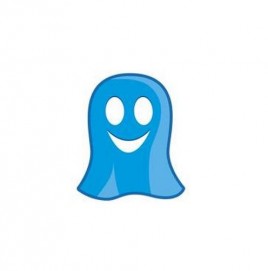 Scott Meyer, Ghostery, CEO, discusses details of a recent joint study it conducted with IPONWEB discovering that up to 40% of ads delivered in May were “suspicious”, and compares the ad tech industry to the treacherous streets of Baltimore in hit TV show The Wire.

Real time bidding in programmatic advertising has grown at an unprecedented rate in recent years, but it’s no secret that at least some of this growth has come at the expense of inventory quality for marketers.

Many companies report that ad fraud could affect as much as 50% of all digital ad impressions, causing industry experts to take notice of what many are calling an epidemic.

Earlier this year, one industry executive suggested that the size of the problem and number of players contributing to it has made our industry look less like the wild, wild west and more like the drug-slinging back streets of Baltimore in HBO’s The Wire.

The scope of this issue and the massive financial implications for advertisers has prompted a swift and highly visible response from nearly everyone in digital advertising. This year, the IAB created a new working group to focus on ad fraud, while 30 national advertisers and members of the ANA have begun a joint study to examine the extent of the issue. Meanwhile, dozens of companies have developed different solutions to remote out bots, discover fraudulent publishers, and verify ad placements.

Despite heightened awareness, industry working groups, and new solutions, the fact is, there is still no silver bullet for “ad fraud,” because the term itself is a moving target. Traditional ad fraud, in which non-human “bots” drive fictitious traffic to dummy domains, is only one kind of a wasted impression.

Programmatic buyers also have to be wary of masked domains in real-time bidding environments, in which the true identity of the URL offered at bid is not known to the buyer until after the impression is purchased.

When that ad is then served within an IFrame, the advertiser will often never know where that ad was delivered, even after the campaign has run. Not all of that traffic is bad and sometimes domains are masked for completely legitimate reasons, but a lack of transparency leads to trust issues that are damaging to all parties in the value chain.

As complex as this issue is, all this noise in our industry boils down to two key questions: are real people actually seeing my ads? And if so, where are they being seen?

Earlier this year, we conducted a study with IPONWEB to try to answer some of these questions using our Ghostrank data from Ghostery. By matching Ghostery tag data with historical bids in IPONWEB’s bidstream, we found that both ad fraud and masked domains pose real issues for buyers. Together, we estimate that suspicious and masked domains represent up to 40% of the purchased inventory observed in May 2014.

In an increasingly murky RTB marketplace, this is data that buyers require to deliver the best results to their advertisers. Striking out ad fraud at source is a massive undertaking that will take a village to remediate, but with no clear panacea on the horizon, transparency is the only immediate remedy that can help by restoring confidence and reducing wasted impressions.

Of course, the value is only real if the user is real and the publisher is real. Advertising to bots or on dummy websites is akin to setting your marketing budget on fire, and too often advertisers don’t know that they have lit the match until it is too late.

Advertiser confidence is best restored by providing actionable information about fraud so that it can be avoided before an ad is placed. The core value proposition of RTB is that information is available in real time, ensuring the value of a single impression to a given advertiser.

Following from the joint study this summer, IPONWEB began sending information in real time to two test partners to help assess the relative fraud risks of each impression based on a historical analysis of past bids coupled with Ghostery data.

The availability of this information at bid could dramatically alter the buying behaviour of media buyers, while increasing confidence of advertisers in RTB as an effective channel.

Further, we found that for many advertisers, information about the authenticity of the ads they are bidding on will have dramatic cost implications, as average CPMs varied widely between impressions marked verified versus unverified.

Some buyers may want to pay a premium to ensure all the impressions they buy are authentic, while others may be willing to take a calculated risk as long as the price is right. Regardless of the appetite for risk, providing buyers with this additional data layer at bid can help create more informed bidding strategies, and increase the confidence brands and agencies have in their buyers.

Ad fraud represents a real threat to the industry and the best way to combat it is with real time transparency. The promises offered by programmatic advertising can be realised if buyers have confidence in the quality and authenticity of the inventory they’re bidding on for advertisers.