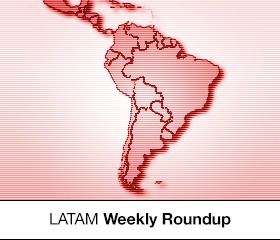 In this week’s LATAM Roundup: RTB House launches its Latin American operations and the first local office, in Sao Paulo, Brazil; another acquisition for WPP Group in Brazil – and according to specialists, more acquisitions to come, in general, with the devaluation of the local currency compared to the US dollar and the Euro; and, finally, Cadreon announces its viewability certification in Brazil, claiming to be the first company in the country to achieve such standards.

After expanding to Asia, the european RTB House announced its Latin American expansion last week, with its first local office in Sao Paulo, Brazil, which will lead the regions’ operations.

Initially, four countries will be RTB House’s target: Brazil, Argentina, Chile, and Mexico. The leader of the Latin American division will be Wojciech Glowacki, director of business development LATAM.

Also, Rodrigo Framil, former general manager in the digital agency myThings, will lead the Brazilian office as the business director of RTB Brazil.

“The knowledge and the experience that RTB House has put together, based on other emerging markets, can help Brazilian players in the ecommerce sector to finally take advantage of the entire potential of their redirecting solutions”, said Framil, in a statement.

Another Brazilian agency is acquired by an international group: this time, 3yz joins WPP Group. The company had its majority stakes acquired by Ogilvy Brazil. The value of the transaction was not disclosed.

Specialists says this is an expected move as the local currency, Brazilian Reais (BRL), devaluates compared to the American Dollar and the Euro. This way, this sort of merging and acquisition becomes valuable for international groups – and the market can expect more to come.

3yz was founded in 2008 in Porto Alegre by Roberto Sirotsky and Nicolas Motta, who will remain in the company. The agency has also an office in Sao Paulo, with almost 60 employees.

In an official statement, WPP emphasises that the acquisition supports the plan to invest in countries with a big potential of growth, specially in digital areas in emerging markets. In Latin America, WPP has more than 23,000 employees and registered USD$1.6bn in revenue (£1.11bn) (2014). Digital area accounted for 39% of the group’s global revenue in the same year, and the WPP’s goal is to increase this ratio to 45% in the next five years.

Cadreon Brazil announced it is now part of Integral Ad Science’s program of viewability. The institution certifies agency trading desks that are able to operate with viewability metrics with no discrepancies, according to the standards set by its rules of media monitoring and quality.

In a statement sent to the Brazilian press, Cadreon highlighted that the certification will help with the trust of the market in general. “We are very excited to be the first company in Brazil to be a part of the Integral Ad Science’s Certified Viewability Partner Program. We will keep looking for initiatives to boost the quality of the ads in Brazil, aiming to improve our industry”, said Walter Motta Junior, co-director, Cadreon Brazil.