In this week’s Latin American Roundup: Adsmovil announced a partnership with the video ad company AdColony which will bring its Instant-Play solution, focused on high-definition programmatic video campaigns, to Latin America; Brazilian taxation for digital video campaigns is postponed to June next year; and the digital ad company RoiX closed a deal with the Argentinian DMP Regargetly to bring its TVxtender and Audiox solutions to Mexico, Chile, Colombia, and Peru. 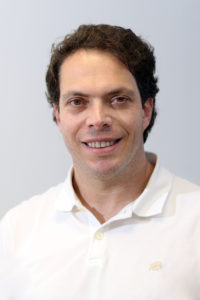 The mobile company Adsmovil announced a partnership with the video ad company AdColony which will bring its Instant-Play solution, focused on high-definition programmatic video campaigns, to Latin American countries. In an interview with Karen Ferraz, ExchangeWire Brazil, Adsmovil’s CEO, Alberto Pardo (pictured left) emphasised that video is the format which has benefited the most from the growth of broadband penetration and internet access in the region.

“Opportunities are many. One of them, which I consider the most important one, is on mobile. It’s where technology in general is different from the web, representing a challenge to publishers. On the other hand, there are shared challenges such as brand safety and viewability”, said Pardo.

According to him, Instant-Play conclusion rates in Latin America are above 75%, with an approximate 10% of engagement rate. The partnership between the two companies is not new – AdColony was the first company to use Adsmovil’s MOAT solution and IAS for brand safety and viability, back in 2015.

The expansion should contribute to this year’s goals: Adsmovil is expecting to increase mobile sales by 40%, and to increase the video format share from the current 15% of their revenues to more than 20% in the next 12 months.

“We are very satisfied with this partnership in Latin America. There is no doubt that this product will optimise Adsmovil’s results in the region”, commented Gaston Bercun, general Manager, AdColony Latin America. He argues that AdColony’s formats are 100% native, non-intrusive, and created around the user experience.

Last May, Brazilian National Cinema Agency (Ancient, in the Portuguese abbreviation) determined that audiovisual campaigns made also for the internet would have to pay a tax referring to Condecine, in the same way TV or cinema advertising is taxed. Last Monday (2 October), Brazilian official publications clarified by a signed declaration by Brazilian Advertisers Association (ABA) and Brazilian Audiovisual Producers Association (Apro) that the decision is postponed, and digital video campaigns should remain tax-free until June 2018.

Apro emphasises that this tax, called 'Condecine fees', will be enforced in order to keep standards and norms of advertising video content. Annually, Ancient gets R$1.2bn (£290m) in Condecine fees.

RoiX partners with Argentinian DMP Regargetly to grow in LATAM

The digital ad company RoiX closed a deal with the Argentinian DMP Regargetly to bring its TVxtender and Audiox solutions to Mexico, Chile, Colombia, and Peru. The information was revealed by Meio e Mensagem earlier last week.

According to John de Tar, CEO, RoiX, both companies combine 200 million unique users in Latin American, of which 40 million are in Argentina. Regargetly’s data, despite the company’s small size, will bring essential demographic and behaviour information to the company, enabling segmented solutions for retargeting and programmatic campaigns.

RoiX in Argentina is led by Amanda Abrarpour, a known professional in the local market after working for IMS and Telecon Brightstar.