Rupert Murdoch must have have deep pockets. Very deep pockets. Today is the first day ole Rupe gets to test out his theory that, yes, people are prepared to part with their money for news content. He’s abandoned the free model and gone down the already failed route of charging for a commodity. He’s looked at the figures and rightly ascertained that the Times’ online content, in its present form, cannot financially support its dying offline business. Maybe the paywall will save the newspaper industry. But the reality is it won’t.

Nobody in sufficient economic numbers will pay for news when it’s free on the BBC, the Guardian, Yahoo, Microsoft and other sources. Only business critical content can command a price – fact. Remember newspapers only really charged in order to cover distribution costs. The fat profits made by newspaper companies were mostly from advertising. The model for making “hard cash” was simple: limited ad space in newspapers meant ad prices were high for the industry. The web changed the game. The nearly unlimited number of news sources on the net has driven online prices into the ground.

Why? Most in the industry say it’s the fault of oversupply. Partly. But the main reason is that offline publishers tried to apply their tried and tested sales model to online. For a long time sales people were selling on context and reputation alone. Audience was a mere afterthought. Understanding audience and how they interacted with your content was something that was overlooked. And now audience buying is the mantra of the industry. Agencies and advertisers don’t want to buy context – they want to buy audience. I think this shift will unlock a lot of new revenue for online publishers – and audience data will lead the charge.

NI will undoubtedly lose a lot of traffic – worthless they will say as these freeloaders aren’t paying for news content. Fair enough. But I’m sure they will find other sources of information to access. Those pubs will benefit as they will be able to leverage that audience to generate more revenue from targeted ads or data trading. This “paywall” issue is worthy of a longer indepth post, but I’ll leave that to the likes of Paidcontent and Buzzmachine. I’m only really interested in the online display market – and what effect taking all that quality inventory off the market will have on industry CPM prices. In the short-term, the industry is likely to see a bump. But if they are to have a commercial future, pubs will need to be become absolutley obsessed about their data and how it can be best used to unlock new revenue. I will explore some of these ideas in the coming weeks. In the meantime I would love to see how much NI’s traffic collapses, and who will likely benefit? Any data would be gratefully accepted. 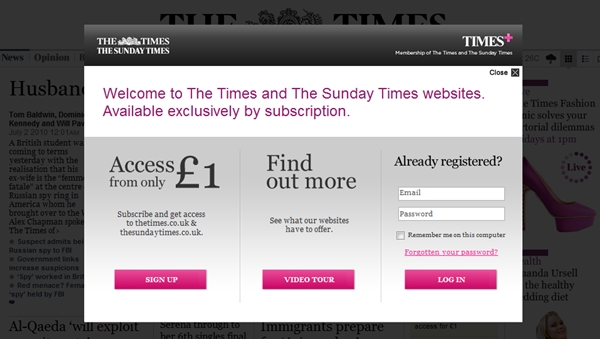