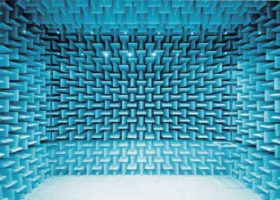 The Echo Chamber is a regular column, penned by Ciaran O’Kane, on all things ad tech, mar tech and programmatic

In 2007, Yahoo acquired Right Media Exchange (RMX) for $680m dollars. It was the first advertising exchange in the industry – mostly ad networks trading inventory with each other. It was also a good place to buy unsold Yahoo inventory. It was the biggest piece of innovation the ad tech space had seen since third-party ad serving became the norm.

Yahoo had the only functioning ad exchange in the industry; and this was before the ‘programmatic’ bandwagon clumsily rolled into town, before the advent of the ‘ad net’ killer (namely, the agency trading desk), and even before yield optimisation tools decided they were SSPs.

In short, Yahoo owned this brave new world without even knowing it. However, by mismanagement and inevitable loss of critical employees (looking at Brian O’Kelley, now the AppNexus CEO, rather than Mike Walrath) RMX became a shell of itself.

O’Kelley went off and built AppNexus with a bunch of DoubleClick and RightMedia alumni, and started to eat into RMX’s core business.

Google started to join the dots in its ad stack, bundling inventory from AdSense and third-party ad net sources. It then opened up to third-party demand, establishing itself as the most important buying point in this industry.

Right Media hung on though with the help of the most important global liquidity source in direct response (DR), namely the Israeli ad networks. They eventually jumped ship, mostly heading to AppNexus.

RMX was left with a lot of questionable inventory, but still had quality Yahoo impressions in there. When it kicked off the third-party ad nets, it was only a matter of time before RMX would close; and so it was that Yahoo announced its closure last week.

It could have owned the space, but a media company was always going to struggle to run an open exchange. Yahoo’s strategy is a clear indication of where big media companies are heading: away from open trading to closed ecosystems. We are going back to the future where programmatic isn’t quite programmatic, but more of an iteration of the old school ad net model

Welcome back ad net – what took you so long to return?

The shift to the strategy of ‘programmatic’ buying caught a few of the big media players, particularly AOL and Yahoo, off guard. They all had sizeable ad network businesses to protect – and refused in the early days to believe that agency trading desks would exert such an influence over DR spend.

A reboot was clearly necessary. AOL decided to go down the ad stack route. It had AOP, developed its own bidder, and added Adap.tv to its programmatic tech mix. It seems to be working because I keep seeing pieces in AdAge that AOL is nailing it in programmatic revenue growth. It must be true, clearly.

Yahoo’s strategy was a little more confused. At first it committed to RMX, then tried to go upmarket by getting rid of its critically important Israeli ad net liquidity.

It eventually settled on the idea that a closed ecosystem was the best way to protect its fast depleting ad net spend and increase its programmatic revenue. It closed RMX and now has a bidder loaded with Yahoo data for buys across its own third-party inventory.

I must point out that Yahoo inventory is also available to third-party demand-side platforms (DSPs), but only if they are agency trading desks or client direct.

This might seem very progressive – automated buying has come of age. The data-driven bidders that are now operated by Yahoo, AOL, Amazon, and soon Facebook (its DSP is already being tested by several trading desks globally), are now being used extensively by agencies.

The thing that most observers, industry hacks and staged event discussions seem to overlook is that many of these vendors operate large managed services. Many agencies still don’t have the resources or talent to deliver results for clients.

Many of these data-driven bidders are appearing as line items on plans – walled-gardens that jealously guard their data. The idea of ‘one bidder that rules them all’ is dead. More operational people are required now to pull the levers. In most cases, the vendors themselves are executing the buys against pre-determined metrics.

The question now is: how different is this from the ad networks of old? Sure the data, and inventory, is owned by these big media companies, but in most cases these media buys are run across third-party impressions. It doesn’t matter how you dress this up, a managed buy is what ad networks do.

Some would argue that this is simply not true, that things have changed. Yes, the infrastructure and execution layers have changed. The rules remain unchanged though. We still have the media plan with multi line items.

So, before you get swept along by the euphoria of the mainstream media, it’s good to question whether programmatic is as programmatic as you think.

RMX’s existence might have been short lived, but the ad network lives on and its new incarnation is stronger than ever.

My quick list of predictions for 2015 (is it too late already?):