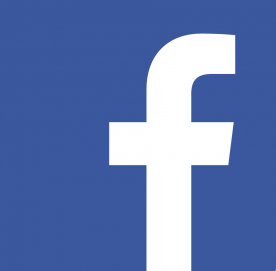 Facebook strengthened its position as the leader in mobile display after delivering a strong Q4. The company announced in earnings that it is now making over USD$5bn (£3.49bn) in digital advertising revenue. Eighty percent of that is now coming from mobile.

Facebook again demonstrated its ability to grow its mobile ad business while the rest of the digital media business flounders in the channel.

Helped by Instagram monetisation and its continued dominance of the app install market, Facebook increased revenue across regional markets. 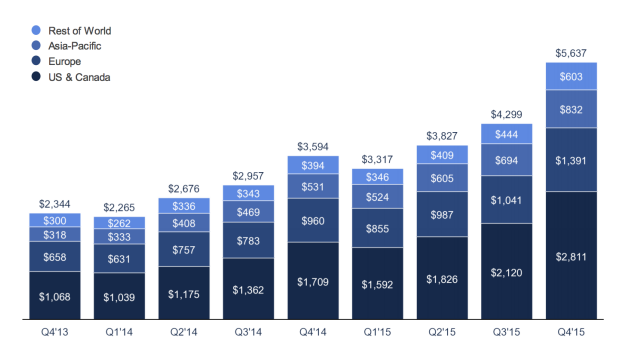 Facebook’s scale is unmatched in the digital ad industry and continues to grow, with the number of monthly active users rising 14% to 1.59 billion in the fourth quarter, compared with the same period in 2014.

Facebook remains the go-to media partner for agencies and marketers in mobile. Its user base and utility function is allowing it to eat up much of the mobile ad spend in the market.

With logged-in details for nearly 1.5 billion users, its deterministic data is going to grow its mobile ad market share.

This powerful position will also help it recruit content partners in its upcoming ‘reader war’ with Google. Can the rest of digital media live off Facebook’s scraps? These numbers suggest it might be possible.

On the advertising technology front, we got very little detail on FAN or Atlas growth – just a vague “we’re pleased” soundbite from Sandberg.

Facebook ad revenue numbers continue to accelerate on a quarterly basis – and this is before it has even given serious consideration as to how it might monetise its next two billion users on Messenger and WhatsApp.

The walled garden continues to flourish, and it is doubtful – based on these user numbers – that agencies or brands will be able to force Facebook to open up.