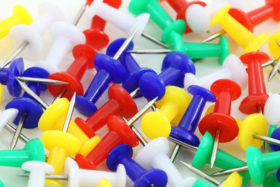 Promoted Pins, Pinterest’s native ad format that launched in the US last January, have recently launched in the UK and, as Tim Page (pictured below), vice president, revenue, Adaptly, tells ExchangeWire, they could be set to transform retail through social media.

With the arrival of Promoted Pins in April in the UK, Pinterest stand poised to transform e-commerce, having created a unique environment where ads are interwoven into the organic service without interrupting the user’s experience.

Promoted Pins, a paid-for ad format that enables businesses to reach more people who may be interested in their products or services, became available to all US businesses in early 2016. Promoted Pins can be targeted based on gender, location and device, as well as keywords and interests.

Rapid growth of paid advertising within social environments is nothing new. With a total investment of USD$13.4bn (£9.2bn) in the US, 2016 saw social ad spend pip banner ad spend for the first time. By 2017, eMarketer predicts social network ad spend will reach USD$35.98bn (£24.6bn) globally. Half of Pinterest’s users are outside of the US, where two-thirds of new sign-ups occur. As part of the company’s focus on international growth, Pinterest plan to open their advertising offering to additional English-speaking countries later this year. 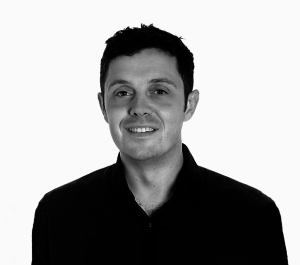 Although relatively new to the table, Pinterest’s potential to disrupt e-commerce lies in the unique way consumers engage with the platform. If ever there were a digital environment where consumers go to plan for their future – be that major life events (like weddings, renovations, or holidays) or wish-list purchases – Pinterest provide it. It’s incredibly easy for consumers to save images or content from Pinterest, or anywhere on the web, and organise it into customisable categories. Marketers, then, can align advertising with users’ inspiration, based on the topics they’re researching and content they’re saving – arguably the most accurate indicator of purchase intent behind paid search.

As a result, sensibly targeted Promoted Pins, designed to be useful, helpful, and inspirational, sit seamlessly in the organic content, providing a completely native advertising experience. Small wonder, then, that the ‘hide rate’ of Promoted Pins in the US is 90% lower than the hide rate of other digital ad formats, according to one recent report. In fact, Pinners will save Promoted Pins they find interesting, driving earned media value and increasing ROI long after promoted campaigns have finished. This is consistent with what we’ve seen across our clients: Pins that have been saved, or re-pinned, often yield the highest engagement rates.

One challenge facing marketers is how to measure Pinterest’s contribution to ROI. As if attribution across existing digital channels wasn’t complicated enough, due consideration must be given to an environment where the initial inspiration for a purchase could manifest some weeks, or months, before any final transaction occurs. Applying conventional measurement models risks throwing the baby out with the bathwater.

Measurement considerations aside, Pinterest are already boosting direct e-commerce sales by reducing the number of steps to purchase. Since June 2015, it’s offered Buyable Pins in the US and UK: a slick piece of functionality that enables Pinterest users to buy products directly from brands in one click. It’s a small step towards having entire virtual stores on a platform where purchase intent is a primary driver of consumer behaviour.

In the drive to continually optimise and balance the value exchange between consumer, brand, and platform, the pressure is on retailers to simplify discovery and purchase. Against this fast-moving backdrop, the brands best able to translate their value across emerging social platforms will be best placed to ride e-commerce’s next evolutionary wave.