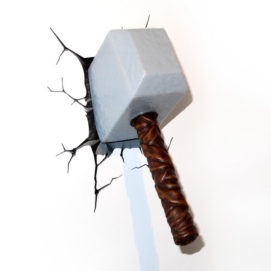 The Yahoo saga is finally over. After the most protracted sales process of recent times, Verizon acquired Yahoo’s core assets (content properties, email, search, and an assortment of ad technology) for nearly USD$5bn (£3.8bn). It is likely that Mayer will disappear into the sunset with a considerable payoff – and Verizon has, at last, added a critical piece to its overall offering, which will help it take on the growing Google/Facebook hegemony.

From my high-level perspective, this is a fantastic deal. Verizon will scale, adding several hundred million users every month.

While there are still issues, particularly around decreasing display revenue, you can’t help thinking that Verizon – with its huge trove of first-party data – combined with AOL/Yahoo technology and content offerings, could compete with Google and Facebook.

The mainstream business news outlets and tech press rubbished the deal. The usual boring narrative of “failed internet giants continue to fail” was aired mercilessly across media coverage. The next popular refrain of the Yahoo coverage was how could anyone compete with Google and Facebook?

In fairness, it is a legitimate question, especially in light of their recent stellar quarterly earnings. But has this been overblown by lazy analysts and talking heads? Or, is it time to pack up and get a job as an AdWords account manager?

The telcos are coming for their slice of the ad business

Facebook and Google are winning big in digital advertising. There is absolutely no doubting that statement. Facebook threw off USD$2bn (£1.5bn) in net profit last quarter, mostly from mobile advertising. A typical newspaper publisher couldn’t buy a bag of crisps on the yield they get from mobile ad revenue.

Furthermore, this dominant position will be short lived, and the existential threats to Facebook and Google’s business remain significant. I see the biggest competition coming from the telcos. Why? The core telco business is in decline. Voice and data is not delivering the growth telcos require. This has caused a shift in strategy at these companies. They see digital advertising as a potential growth engine.

If we look at Facebook’s incredible revenue growth, it is coming from mobile. Its deterministic data is attracting large amounts of spend – and for good reason. The ease-of-use of Facebook’s platform for marketers stands in stark contrast with other mobile-first solutions. Marketers like simple things – at scale.

But Facebook doesn’t own the mobile pipes, and doesn’t have a one-to-one transactional relationship with its users. The telcos tick all these boxes. They are in such a sweet spot in terms of building a significant ad business. Telcos can easily ‘out-wall’ the walled gardens.

What they are missing is ad tech and media to stitch all this together. Sure, there are privacy issues, but non-PII data solutions can be built by the Telcos.

Why Timmy has a real strategy to gatecrash the ‘Goobook’ party

The media have been asking why Mayer failed so badly. I don’t think she failed at all. Yahoo had been having an existential identity crisis years before she arrived. Her tenure just exacerbated the internal mess at the company, which ultimately resulted in the most logical course of action: a sale to a strategic buyer.

I say none of the above. Yahoo could never decide if it was a tech or media business. It wanted to be tech, but really it’s a media business. This internal struggle hampered it, and is why it became a financial frankenstein instead of a profitable media business

Tim Armstrong understands that about AOL and Yahoo. He talks the same language as agency folk. He sits and listens to them. He speaks to the agency heartland by speaking at various media conferences.

Mayer, like the majority of the tech elite in Silicon Valley, despises advertising despite it being the predominant monetisation engine for digital content. Armstrong also realises the power of Verizon data, and why the AOL/Yahoo scale can compete. This new Verizon unit is now a USD$8bn (£6.05bn) business – and it is going to grow.

Armstrong will have to make other acquisitions, particularly around ad tech, when he discovers that the Verizon stack will start to crack under the sheer scale of the new offering. (I predict AppNexus will end up at Verizon by the end of the year.) But he has the bones of an interesting proposition that will attract spend from marketers and agencies.

Are telcos about to have an ad tech and media feeding frenzy?

How long before we see other significant media and tech acquisitions by big telco/ISP players? Singtel, Telstra, and Comcast have all made significant ad tech buys.

This Yahoo deal is another example of this strategy. If Verizon can build a USD$8bn (£6.05bn) business by buying strategic assets in digital advertising, you can be absolutely sure that others will follow suit.

Digital and TV revenue is now up for grabs. The changing consumption habits of users, and the dominance of mobile devices, have changed the rules of the advertising game.

If I were at the helm of a telco, I would be drawing up plans to buy ad tech that can help unleash the potential of, not only telco first-party data, but also its significant distribution infrastructure. Mark my words, there are deals coming – and lots of them.

Yahoo’s demise has been lamented in much of the coverage of the Verizon deal. I see it as positive: Yahoo are going to a good home and we are witnessing the beginning of the end of Facebook/Google’s dominance in digital advertising.