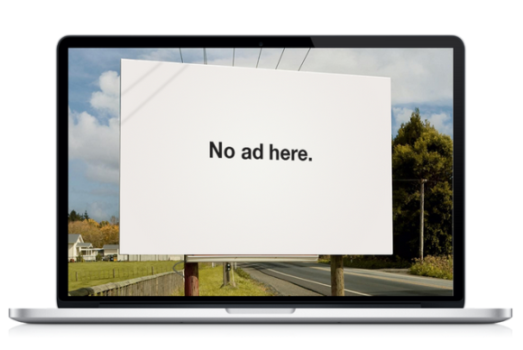 Plans by European mobile phone companies to block advertisements across their networks have been blocked themselves, with new rules for EU telecoms declaring it’s not legal. Consumers must decide for themselves whether or not they want to install ad-blocking apps on their phones. Writing exclusively for ExchangeWire, Oliver Gold, commercial director, YOC, thinks it’s the right way to go, but is in no doubt that the whole issue of ad blocking has created a split between telecoms companies and publishers. Highlighting the irony, given both sides are so dependent upon each other, Gold explains the role ad tech companies need to play to move needle.

So, what about advertisers? Where do they sit in all this? You’ve only got to run a quick Google search to see what the ad industry thinks of ad blocking: “Ad blocking is bad for programmatic advertising”, “Rise of ad-blocking software threatens online revenue”, ect. The naysayers have been out in force for a while, warning us to be prepared for the dark times ahead. Then this EU announcement comes out and it suddenly doesn’t seem so bad. We’ve been thrown a lifeline and, perhaps, advertisers can carry on as they were for a while yet.

The reasons consumers download ad blockers have been well documented. The issues of irrelevance, annoyance, and excessive data usage crop up time and time again; yet they continue to be the main reasons people turn away from ads on mobile devices. Just when is the industry going to sit up and take notice? In some ways, this recent EU announcement hasn’t helped the cause, so what are we going to do about it?

This whole issue boils down to creativity. Not just in the content and the targeting but also in the way advertising is delivered. I think it’s fair to say that wherever there is advertising there are attempts to avoid it. It’s easy to skip through TV advertising and go straight to the programme, but then something pops up that resonates with us and we want to see it. Whether it’s the John Lewis Christmas ad or Dairy Milk’s drumming gorilla, for the majority of us, these ads were welcomed into our homes because they were creatively made and expertly delivered. Switch to mobile ads and the challenge for advertisers in terms of creativity is pretty much the same. The difference, however, is in the format and delivery of the ad.

It was announced recently that Google are cracking down on websites that show ‘intrusive’ full-page adverts and pop-ups on their mobile sites. It plans to downgrade sites using ‘interstitial’ pop-ups in their search rankings unless they change their ways. In a recent blog the search giant claimed: “Pages showing intrusive interstitials provide a poorer experience to users than other pages where content is immediately accessible.” However, not all pop-ups will be affected. Age verifications and messages alerting users that the website uses cookies are allowed, as are overlaid banner adverts. It’s yet another opportunity for ad tech companies, like us, to be one step ahead and create formats that comply with the end user, as well as Google.

There is a rationale behind creating bigger adverts, especially for branding purposes. Not long ago we developed the ‘understitial ad’. This gives advertisers the possibility to deliver the same brand message, similar to an interstitial size, without disrupting the user experience. The ad is then laid under the content and naturally appears when scrolling over it. This technology has also been developed for video ads. It’s developments in ad technology like this, that meet all the compliance standards, while satisfying the needs of the end user, that are key to the buoyancy and progress of this industry.

Publishers have a big part to play in this too. They are collecting stacks of data from sources including app usage, online browsing behaviour, subscriptions systems, and digital kiosks. They need to utilise their CRM data much more, and have two-way conversations with their audiences to work out who is blocking ads and why. For many publishers, this information is already there and should be used to address some of the issues.

There is no doubt ad blocking has diminished the impact ads have on mobile; and the poor experience generated by online ads has caused the adoption of ad-blocking tools. However, our response to this will determine the future of this industry and the experience of all online browsers. Consumer behaviour will always dictate strategy and it’s up to ad tech companies, like us, to make the changes necessary for the mobile ad experience to be engaging for, and of value to, consumers.