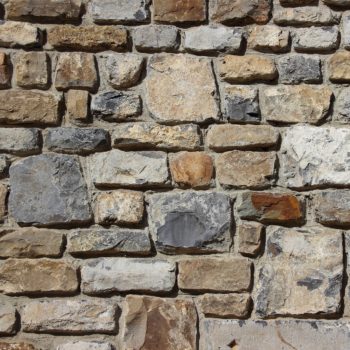 The rumour of ad blocking killing the advertising industry has never come to fruition; but it certainly continues the conversation about the need and want for it by consumers. Bad website experiences, poor technology, and subpar advertising, leads to the use of ad-blocking tools, which in turn inhibits publishers from monetising their site, and advertisers from not being successful. Stuart MacDougall (pictured below), CTO, SourceKnowlege, explains how ad blocking affects the overall industry and the standards that should be put in place to address this issue.

ExchangeWire: What do you think started the resurgence of ad-blocking tools by users in the last few years?

Stuart MacDougall: The intrusiveness of some ads is an obvious reason, but beyond this many of these ads aren’t implemented very well, from a technical perspective. I’ve frequently experienced pop-up and interstitial ads that cause the page to malfunction, preventing me from viewing the content altogether. This is especially prevalent on phones and tablets. The developer of the ad may have expected it to run on desktop browsers, so it wasn’t tested on other environments. Either the ad was sloppily made, or it’s being run out of its intended scope. Technical issues like this cause frustration and shade the whole experience on a website. Many of these ads can also make the page run very slowly – another sign of sloppy coding. Many ad servers have standards about this, but a lot of these ads seem to end up in the wild regardless.

Do you think ad blocking will be the demise or saviour of the online advertising industry? Do you see this movement starting to encourage more innovation in technology?

I believe there is a place for content paid for by advertising on the internet. There will also be content paid for by other means, but people want, and expect, free content. The only model we have right now to support this is advertising. The pressure ad blocking exerts on the industry will help us improve, but we have to be careful to focus on the right approaches. I don’t think ad blockers will spur innovation, in that sense. I think they may drive better coding and better ad placement. At a minimum, the ad-blocking issue is forcing the conversation, which is good.

Many sites survive on advertising revenue, which sounds easy, but can actually be surprisingly difficult to achieve. I believe publishers of content have a right to try to make money any way they can. If you deprive the publisher of advertising revenue, the only real option they have is to charge for content. Since many people expect all of this for free, the content may end up not being published. In that sense, ad blocking endangers content publishers. I like the idea of an internet where someone can put up a niche site and make a few bucks on the side with ads – maybe they start a series of sites and make a whole bunch of money. I also like the idea that I can get professional newscasts for free; I just have to put up with a few ads. In my simplistic mind, this a free market and a free internet – if I don’t like the ads on a site, I have a choice to not go there.

The relationship between technology and advertising is complex and, in my opinion, generally not a good one. Ad blocking is a prime example of a technology war. Ad blockers use one tech trick to block ads, publishers find a way around it, ad infinitum. In the end, there’s a whole bunch of tech running in a browser that has nothing to do with what’s on the webpage. There’s no way this can be to anyone’s advantage. It also produces strange heroics, which I don’t like. The ad blockers claim they are protecting users, but really, they are charging the ad networks to let their 'good' ads through, which amounts to extortion. The browsers fight back and declare themselves the protectors of the internet – they will block all the bad stuff for you. None of these people should be making any of these decisions for publishers or users.

Outside of the obvious pop-up ads, what are some of the other issues that encourage the use of ad blockers?

To my mind, intrusive ads that malfunction are the biggest problem. Imagine how angry you’d be if roadside billboards kept falling on the highway during rush hour. I don’t mind a pop-up as long as I can clear it quickly and easily. Once people are frustrated, I think they vent all sorts of related problems, the biggest of which is that there is simply too much advertising on everything these days, and it’s distracting. I do think content can become too saturated with ads, but I also believe there is a self-correcting mechanism in place in that people have the freedom to get their content elsewhere, or simply pay for it. It’s up to publishers to decide what they want to do with their sites. 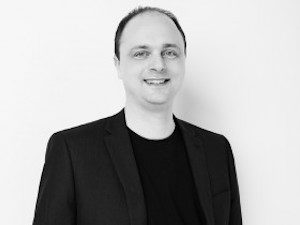 Does ad blocking affect overall performance, or is it more of a nuisance in the industry?

There’s a lot of traffic out there, so I’m not sure the industry feels any kind of shortage. High-quality traffic that converts is always in high demand and short supply, irrespective of ad blocking. I don’t look at it as a nuisance. I take it seriously, and I think it’s a wakeup call for how we build technology on the internet. Ad blockers were originally the domain of cranks and conspiracy theorists, and the fact that they are becoming mainstream is telling. My concern is the viability of the publisher model that survives on advertising. Even with a large penetration of ad blockers, the big publications will probably be ok. Medium and small guys could struggle and disappear, and these are the ones who help make the web a diverse place. I’d hate to see the internet consist of only CNN, Fox News, Wikipedia, and Facebook. Those guys are great of course, but I like variety. There needs to be a way for someone to wake up in the morning, say, “I have a great idea for a website”, slap some ads on it and make a few bucks. Stuff like that is part of what makes the internet great.

What needs to happen in the future to make the user experience better and reduce the need for ad blockers by the consumer?

Many wrong things are happening right now. The most recent is browser-based ad blocking. The idea that the company that makes my web browser is going to alter what a publisher is going to show me to protect me is wrong-headed. This is similar to net neutrality, except it’s browser neutrality. Web browsers are not my nanny; they should be a neutral window to the content I want to consume. If this problem manifested itself in physical media, it would look crazy. Imagine if a newsstand vendor cut out all the ads from the magazines before selling them. What if the paper manufacturers decided you weren’t allowed to print ads on their paper? It looks insane from that angle, but when these problems are translated on to the internet, people seem more tolerant of them. Some of the companies making browsers are advertising companies; so they aren’t exactly in a neutral position to block advertising. On the bright side, it’s really easy to switch browsers.

In terms of solutions to this problem, the only approach I can think of that might help is to perhaps start designing technology standards to explicitly support advertising, rather than hamper it. For example, perhaps web standards should include something to replace the cookie that’s specific for advertising. The general population believes cookies are an evil technology used by advertisers to violate their privacy. It’s actually a vital piece of tech used by developers to create functional sites for things like banking and online email. The true purpose of the cookie has been confused because people have used it extensively for advertising. Maybe if we had an explicit advertising cookie-like tech, designed around advertisers and users’ needs, we’d be better off. It would make it clear to advertisers what they could and couldn’t do, and allow a way to more explicitly protect users’ rights and privacy without messing around with a perfectly good piece of technology, like the cookie. Some stuff like this has been tried in the past like 'Do Not Track'. I’m not sure I’m even aware of all of them, but nothing has worked very well. Ad tech companies need standards that not only set limits to what they do, but also facilitate the good stuff. I also think better standards could help with very serious issues like ad fraud.