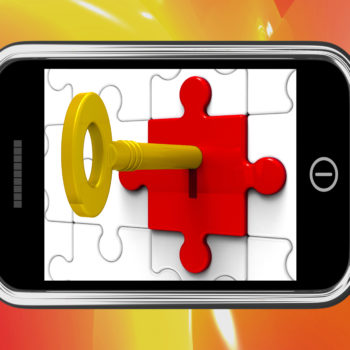 We are living in the era of connected entertainment. Media companies have been quick to pounce on the second-screen phenomenon, where viewers watching a TV show are consuming supplementary content and applications simultaneously via their phones and tablets to create a fully immersive entertainment experience. Writing exclusively for ExchangeWire, Shane Leahy, CEO, Tola Mobile, explains why there is so much value in the second screen.

Research suggests that 83% of people are now browsing a second screen while watching TV. With mobile phones by our sides 24/7, we are both enabled and encouraged to be interactive when TV shows from X Factor and The Great British Bake Off are being transmitted.

A more immersive experience for gamers

The trend for utilising the second screen is now moving into the computer game market too, with platforms such as PlayStation and Xbox wanting to make the experience for gamers more immersive and with an improved integrated process that could lead to additional revenue. Encouraging interaction with like-minded others via community forums and social feeds is where it started, but it’s now being pushed from a cross and upsell perspective from manufacturers trying to recoup on pricey hardware (it was well publicised that Sony sold the PS4 at a loss).

It’s not just the hardware that needs to be bankrolled, though, but the huge outlay that games publishers are having to spend to bring a game to market, with Call of Duty: Modern Warfare 2 and Grand Theft Auto V both reputed to have cost over a quarter of a billion dollars to develop.

Whilst the sale of computer games has decreased slightly over the past few years, games publishers have seen their pockets subsidised by the increase in sales from post-release downloadable content (DLC). Electronic Arts is, in many ways, the poster boy for the microtransaction-heavy DLC market trend. FIFA publisher Electronic Arts revealed as long ago as 2015 that it was making more from DLCs, such as for its FIFA Ultimate Team (FUT), than digital games sales. In fact, DLCs now account for nearly half of the Canadian giant’s total revenue, with it now netting a staggering USD$921m (£692m) a year from DLC extra content.

The fluidity of payment systems

Core to DLC’s take off has been the need for a frictionless payment mechanism so that, mid-game, gamers can quickly purchase downloadable content packs for additional skins or weaponry without compromising their in-play experience.

Effortless payment mechanisms have been the solution to a global problem that has plagued all sorts of online merchants. Until recently, shopping cart abandonment was rife due to too much hassle at point of checkout. A trend that was specifically magnified when it came to converting mobile shoppers. Yet, the latest Visa research shows that the number of Europeans who now regularly use a mobile device for payments has tripled since 2015, from 18% to 54%.

Now, more than ever, you need to integrate a fast, secure, and convenient payment method that reduces the hassle and friction thus far associated with processing payments via mobile. Emerging new technology is allowing gamers to text a code (i.e. XB25) or a five-digit number to buy their game points with Sony PlayStation network and Microsoft Xbox Live. The cost is charged directly to a gamer’s mobile phone bill, enabling a smooth user experience. There’s no need to enter cumbersome credit card details or billing addresses, and no redirections away from your website or app. Meaning customers stay on your site and everything stays in your branding.

It is important to give your customers a seamless payment experience. Using their existing mobile phone is the perfect vehicle for this. In fact, in many developing countries there are often more people who have mobile phones than bank accounts, so it often makes sense that it is on mobile that businesses focus their global efforts.

Also, a phone can be used to provide an instant verification process, thus ensuring that the content customers are buying is available instantaneously, something a gamer in the crosshairs of another’s sniper rifle will be quick to testify.

The growth of mobile payments

DLC is not going anywhere anytime soon, neither is the second-screen trend. Even as retail game sales might be trending downward, savvy publishers have found a way to offset those losses with new sources of revenue. DLC costs so little, and clearly generates so much, that it’s hard to argue with the results.

The evolution of mobile payments in the gaming sector is at an exciting stage of development; and when done correctly has been a real hit with gamers, who as we have seen in wider society, now prefer to buy content via mobile than any other channel.