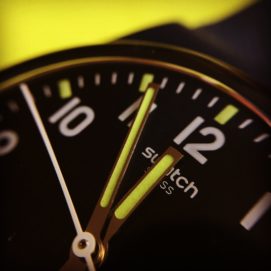 Ad fraud affects every stakeholder in the advertising industry. But rather than doctor the symptoms, the industry needs to get together to work on the roots of the problem. Nigel Gilbert (pictured below), VP of strategic development EMEA, AppNexus, takes a look at the vicious cycle of the fight against ad fraud, suggests three steps to counter ad fraud, and concludes that it is high time to create a better internet.

The past 20 years of digital advertising has been marred by a steady stream of concerning stories about nonhuman traffic, known commonly as ‘ad fraud’. These stories will often focus on a staggering amount of ad money that has been wasted by advertisers on fraudulent traffic. When these kind of news stories break – often sourced by anti-fraud vendors who are positioned to profit from the resulting alarm – brands and agencies predictably respond by reallocating spend from the hazardous world of digital advertising and back to traditional mediums like television and radio.

We need to break this cycle. It’s incumbent on our industry to focus our efforts on assuring brands that digital advertising is safe, transparent, and effective. How do we do this? By getting rid of the conditions that make fraud possible… and profitable. 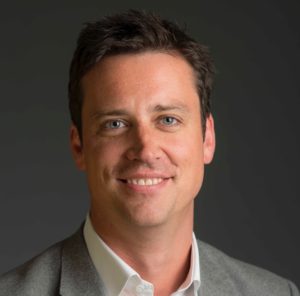 Internet actors profit in varying ways from consumer traffic: search engines make money because buying traffic is a sensible way for internet businesses to get people to view their websites. Then it’s up to the business to turn those visitors into subscribers or paying customers.

Publishers, whose revenue model is based on advertising, need to make more from consumers than they spend on traffic, in order to turn a profit. So, they have two choices: pay less for traffic or generate more revenue from each site visit. The latter is a heavier lift because it entails either putting more ads on the site, making users visit more pages, or having agencies pay more for ads. This leads to many publishers looking for ways to buy cheaper clicks – and paves the way for a substantial market for bad actors to generate traffic and sell it to publishers.

Herein lies the fundamental failure in digital advertising’s supply chain: fake traffic that looks human, bypasses detection system, and simulates high traffic to a website drives revenue for the publisher as well as the bad actor. To eliminate fraud, and stop wasting advertisers’ money, we must change the incentives that allow publishers and bad actors to profit reciprocally. The first step is better detection methods for fraudulent traffic.

Anti-fraud efforts need to separate out valid human traffic from that which is generated in an automated fashion. At internet scale, we have to assess the validity of tens of billions of ad impressions each and every day. We can do this by looking at IP addresses, HTTP headers, behaviour history, timestamps, and judging if the ‘consumer’ is displaying any behavioral red flags. For example, if we see a user active online 24 hours a day, 7 days a week, it’s probably not a human being.

Currently, ad fraud detection is generally automated and limited to a small set of data. This means bad actors can create an AI that can both adapt to the systems of anti-fraud companies and mimic human behaviour. In blocking fake traffic, anti-fraud vendors inadvertently teach purveyors of fraudulent traffic what signals they’re blocking, and the fraudsters adjust their approach until the next time they’re blocked, and adapt, and so on. It’s a seemingly endless cycle, which isn’t the fault of the largest typical targets of this learning, like Integral Ad Science (IAS), Double Verify (DV), and MOAT. It’s simply the reality of ad fraud.

What do we do?

Google controls most of the money in digital advertising. If you’re caught buying fraudulent traffic and Google catches on, they will kick you off their platform. At AppNexus, we do similar work: if we see bad traffic, we’ll blacklist the domain or app. Because AppNexus is not a standalone anti-fraud vendor, it is much more difficult for bad actors to know if they’ve been detected and, consequently, change their algorithm. As well, the cost of deactivation on AppNexus is much higher: losing access to incredibly large revenue resources, possibly permanently.

Here is a game plan for our industry to counter the problem of ad fraud head-on:

If the industry collectively commits to these three directives, we can effectively clean up the digital advertising value chain. It’s time to stop with the excuses; we need to hold actors accountable and change incentives to reward quality and integrity. By having the courage and common sense to do so, we will create a better internet, free of ad fraud, where the best content gets the most money.