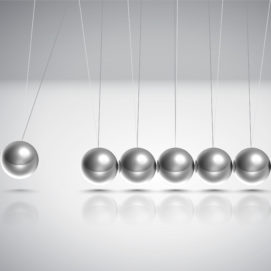 Sharing an office building with Cambridge Analytica, the Radiocentre team rapidly came to understand what it feels like to be at the centre of a data privacy scandal, writes Mark Barber, planning director, Radiocentre, exclusively for ExchangeWire. Just to get through the front doors of 55 New Oxford Street in Central London, the Radiocentre team had to weave through a swarm of paparazzi camped outside the building desperate to capture the best snap of the culpable Cambridge Analytica managers who had played fast and loose with Facebook users’ data.

For the average person on the street, the major revelation was a clear understanding of just how much personal data tech companies hold about them. Beyond the immediate outrage over how this has been used to manipulate their political views, it has also raised disquiet at the extensive use of data in programmatic ad targeting. The instinct of many in the advertising industry, however, was to shrug their shoulders and urge data-led business as usual.

We shouldn’t be entirely surprised by such a response. Ebiquity’s Re-Evaluating Media study interviewed over 100 media decision-makers, and reviewed over 75 research studies, to explore the differences between perceptions and evidence relating to the effectiveness of individual media. A key finding was that the capabilities of addressable advertising have fundamentally changed people’s concept of what is (and isn’t) targeting. Put simply, if it isn’t connected and data-driven, the prevailing opinion appears to be that it doesn’t qualify as targeting.

It’s understandable how such thinking has evolved; after all, there are many positive attributes to data-led programmatic advertising. However, prompted by the Cambridge Analytica data privacy issues, perhaps the time has come to reconsider fundamentally what we mean by ‘targeting’. Unpacking this, current opinions tend to congregate around the not-always-harmonious themes of efficiency and relevance.

Let’s start with efficiency. One of the key benefits promoted of programmatic is that it can reach specific audiences with ruthless precision. Putting aside any potential concerns about the accuracy of the often self-reported personal information on which this is based, analysis in WARC’s March 2018 Global Ad Trends Report suggests that, because of all the ad-tech intermediaries involved in the process, only 28% of an advertiser’s programmatic budget actually reaches the publisher (i.e. funds the media space). So, at a very basic level, this means that pound-for-pound programmatic has to deliver nearly four times the impact of conventionally traded advertising just to keep up. That doesn’t feel like the most auspicious start to an efficiency claim, to me.

There are wider implications beyond the cost of an all-encompassing focus on data-led marketing. For example, there’s evidence of a growing resistance among the people at whom the ads are targeted. In March this year, Reuters published data highlighting that 63% of Americans want less-targeted advertising, followed shortly after by YouGov releasing research revealing that 55% of British adults hate the idea of personalised targeted advertising.

GDPR has also thrown a spanner in the works, with a recent report suggesting that 50% of data is now unusable for ad targeting. As a result, 42% of media buyers say brands are dropping their programmatic spend, fearful of the reputational consequences of potentially infringing the new regulations.

Perhaps a move away from such targeting approaches may not be a bad thing for the industry.

The IPA’s The Long and Short of It study reveals how campaigns that indiscriminately target the whole market deliver more and larger business effects than those that focus more narrowly. This isn’t breaking news, but it does warrant repeat reading. When brands need broad reach to grow, the targeting emphasis shifts from pure efficiency to enhancing the relevance of a brand’s message.

As such, it seems that targeting needs to strike a balance to achieve the best outcomes for advertisers and audiences: one that optimises both reach and relevance of communication. This approach combines smarter application of conventional targeting opportunities for brand-building campaigns, broadly enhancing relevance of messaging via editorial or consumer context (such as time of day), together with continued use of programmatic targeting for campaigns that have a much narrower window of relevance, such as travel insurance firms advertising to people who have just booked a holiday.

The benefit of a more nuanced approach to targeting, based on an individual’s current situation rather than their personal data, is that is still enhances relevance and cut-through, but feels a lot less like an invasion of privacy.

In the wake of the Cambridge Analytica hullaballoo, it’s clear that brands need to be sensitive about their use of customer data or risk ending up being vilified like our former neighbours. But this doesn’t signify the end of targeting, more the dawn of a new era – one that recognises the unique benefits of both conventional targeting approaches and those afforded by more appropriate use of data.