In today’s edition of ExchangeWire Daily Digest: the decision to postpone the Summer Olympics in Tokyo is expected to have a major impact on advertisers; Moove Media and XCO team up to help advertisers in Singapore; and Facebook announces it’s struggling to keep up with increased demand driven by the coronavirus outbreak.

Tokyo 2020 postponement a blow to advertisers

Japanese Prime Minister Shinzo Abe and the International Olympic Committee (IOC) confirmed yesterday that the upcoming Summer Olympics will be postponed until 2021. The decision came after several countries, including Australia, Canada, and Great Britain, announced that they were pulling out of the competition due to fears surrounding the ongoing COVID-19 pandemic.

The delay is the first in the Games’ 124-year modern history, and is anticipated to have a significant impact on the Japan’s economy, global broadcasters, sponsors, and key Games stakeholders. The effects were already made apparent in the share fluctuation experienced by Dentsu Group; having been deeply involved in planning the upcoming event, the Japanese advertisers saw its shares fall to dramatic 7 year lows in February amid fears of the Games being cancelled. The company’s stocks did improve when reports that the IOC would opt for a postponement emerged: shares rose by 12% on Monday and again by a further 5% after yesterday’s announcement.

Out-of-home (OOH) giants Moove Media and The X Collective (XCO) have teamed up to help advertisers gain access to ad space. The partnership has launched the “Twin Titans” package, which will enable firms to purchase ad space across much of Singapore’s transport networks, including window stickers and buy-in panels across 5 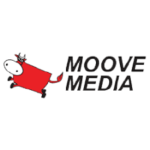 train lines and more than 30 spaces across the country’s buses, at a discount of up to 70% until the end of May. 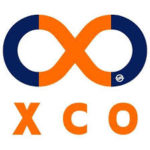 The collaboration marks an effort to combat the impact of the coronavirus outbreak on ad spend, which is predicted to have a negative effect on ad spend across the globe. Non-digital and OOH formats in particular are expected to suffer as a result of lockdown and social distancing measures. Moove Media chief executive, Jayne Kwek, asserts that the move will enable the company to offer its advertisers a package that is more tailored to their needs during this time of uncertainty.

Facebook has announced that its ad business has been negatively impacted by the coronavirus. The social media 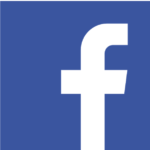 giant has seen a “weakening” in its ad services in countries where tougher measures have been implemented to tackle the outbreak, according to its VPs of Analytics and Engineering.

The platform has seen a sharp rise in usership of its messaging services, with Messenger activity increasing by more than 50% in Italy alone over the last month. The growth in digital interactions is one of the most prevalent consequences of tightening social distancing and lockdown measures across the globe, causing a strain across the digital sphere; like fellow tech giants Netflix, Amazon, Apple, and Google, Facebook has struggled to meet the demand on its services as a result of the crisis. VP of Engineering, Jay Parikh, has asserted that the tech giant is working to maintain its apps and to ensure that Facebook’s COVID-19 Health Information Centre and the World Health Organisation Health Alert on WhatsApp remain available for all users.