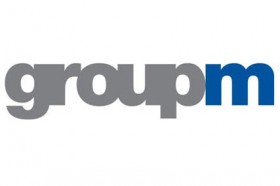 Ciaran O’Kane, ExchangeWire, global editor, muses over the potential impact of WPP’s GroupM arm apparently halting the purchase of ad inventory from open exchanges. In this piece, he also speculates on whether or not Xaxis pivots to become the holding group’s supply-side exchange.

Ari Bluman, GroupM’s chief digital investment officer, announced in an interview early last month that by year end GroupM will not buy from open exchanges. It’s a pretty big statement of intent from one of the largest global digital advertising buyers. But what does it all mean?

Will GroupM stop all auction-based buys? FBX? Adx? The multitude of SSPs operating in the market? Across display? Mobile? Video? How will it affect supply-side intermediaries and indeed the source of inventory, the publishers?

The simple fact is that GroupM has been planning this for a while and is looking to cut out another layer to lock down supply for its clients.

The democratisation of media buying brought about by the growth of open auction-based ‘programmatic’ trading is a threat to GroupM’s key USP – namely its ability to buy digital advertising at global scale for its clients at the cheapest price possible.

Those trading deals hammered out every year with publishers gives GroupM real power in the market. Anyone who has been in on those trading deal discussions will understand that it really is a one-way conversation.

This gives agencies the ability to plan ahead of time knowing the type of inventory available, and the price they are buying at.

In many ways GroupM is an advertising hedge fund, taking positions in the digital advertising market on behalf of its clients.

Open exchanges, the digital advertising fly in the ointment

Programmatic is such a misused word – and its meaning is so convoluted that people now use it to sound like they know what they are talking about. And in many instances they have no clue.

Yeah, it’s all programmatic now apparently. What does it actually mean?

The rest of it all (programmatic premium, etc) are just static buys with creative pushed to ad server. That’s not programmatic. Semantics aside, it certainly isn’t in the commercial interests of GroupM for any great chunk of inventory to be sold in this way. Why?

Well, WPP’s internal ad networks and trading desks would have to compete against the rest of the market like other holding group agency trading desk (ATDs), retargeters, in-house buyers plus ad networks.

Bid inflation means higher prices, which eats into margins. This is simply not the model they want to be involved in as it cuts out much of competitive pricing advantage they had built into already agreed trading deals – as well as adding another layer between it and the publisher which means more cost.

Flipping Xaxis to the supply-side; Bypassing the SSP/exchange layer

A number of years ago Criteo established a dominant position in the retargeting market by offering guaranteed prices to premium publishers for first look – and then either resold to the market or did a pass-back to publishers. It locked in premium publishers, and got the best performing inventory. GroupM is likely to go down this route.

As we pointed out last year, Xaxis’s future is very much on the supply side given what’s likely to happen to the trading desk model. It’s not inconceivable for Xaxis to become the holding group’s supply-side exchange, as agencies bring the trading function in-house.

In tandem with the trading deals negotiated by GroupM, Xaxis could aggregate chunks of ‘programmatic’ premium supply for its internal buyers, piping unused inventory back into the market or passing back impressions to publishers.

This could well be something that Xaxis could roll out globally (maybe in the US where dynamics are a little different). AppNexus is already powering its buy-side entity, but most ad networks are using AppNexus as a SSP too. So why not simply flip it?

What would the clients say? The rationale would be simple: ‘We are aggregating quality non-bot premium supply. We have the tools to ensure that all supply is brand safe? We also can layer in a transparent margin (negotiated).’

Given AppNexus also has an open API, Xaxis could also add more functionality, which it could charge for – like specific data targeting capabilities built around its own proprietary segments from its new DMP. It also cuts out the cost of buying from an exchange or SSP.

Should SSPs be worried? I think this is a threat to their business model. If this Xaxis exchange piece is built into trading deals why would agencies buy from ‘open’ exchanges and SSPs? But the internal Xaxis Exchange is fine because nothing in there will be ‘fictitious’.

This new internal exchange might make a lot of commercial sense for GroupM. But how would it affect publisher revenue?

Sure, you get guarantees for inventory, but you are locking a lot of spot supply into a fixed pricing model – and giving the biggest buyer in the market a dominant position in terms of supply.

Are publishers leaving money on the table by not going into an auction? Maybe some publishers are happy with such an arrangement? Guarantees are always sought for after all.

This strategy suggests that down the line Xaxis will become that supply layer for trading desks and client trading desks (CTDs) within the group.

The amount of internal demand would certainly justify it – and could open a whole new revenue stream for the group. It’s almost like the Dentsu model – being principles on both the buy- and sell-side.

The fall out of such a supply-side strategy

It would most likely be the end of the generalist SSP model. But my feeling is SSPs that have relationships with publishers within specific niches – such as gaming, etc. – would simply just plug into either the Xaxis Exchange or the internal trading desks.

Publishers might chose to opt-out, but might have no choice given the buying power of the group. Mid-to-lower tier agencies might well be forced to buy from the Xaxis exchange in a secondary market given premium supply might not be available in open exchanges.

As for the other holding groups, could they do something like this? Would they? And what tech would they use? Do they have enough buying clout to execute a similar strategy? Some of them could aggregate supply and use the Google infrastructure.

However, it’s all speculative at this stage. Let’s see if GroupM will go down the route of securing supply, and what the likely consequences will be if it does.