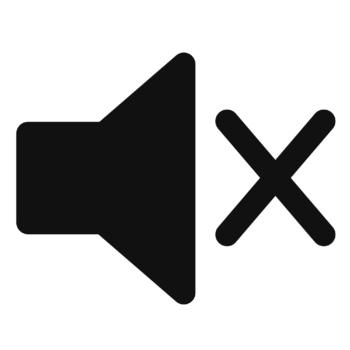 Users are consuming web content on the run: on their way to work, while at a meeting, or during lunch. Now, more than ever, users are extremely fast with deciding what they will watch and what not. And, to make it more challenging, more often than not, their mobile device is muted. Oded Shoham (pictured below), CEO and co-founder, evania video explains to ExchangeWire the urgent need of a new creative approach and ways of getting users' attention efficiently in the fast-paced mobile environment.

Advertisers are facing a big challenge in the mobile video industry – how to get users’ attention fast enough before they move on, and how to do so without sound. This challenge is only getting bigger – mobile device video plays grew 35% in the past year, now representing nearly half (46%) of all video plays. Web content consumption is growing incredibly fast, with the majority of this growth coming from mobile devices. According to a Facebook recent study, users spend just 1.7 seconds on a piece of mobile content, which is 30% less than on desktop. On top of that, chances are high the video ad would not be played with its sound turned on.

It’s only natural that advertisers are moving their focus and budgets to mobile video. However, in order to maximise the efficiency of this growing medium, adjustments to the ads need to be made that take into account the specific characteristics of users' behaviour on mobile devices. We often see the planning and producing of creatives with the same features inherited from TV advertising being applied to small screens. The ads often start with a subtle fade in and a general introduction, based on traditional storytelling techniques. In the world of small screens, consumers are reacting extremely fast to any visual impulses they get. With the old-school strategies of slow gradation, advertisers are not able to grab users’ attention quickly enough. If they are being watched with no sound, they are often not understandable and catchy enough for the user to associate the ad with the brand. 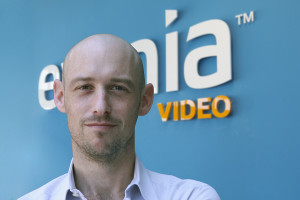 Advertisers have one shot at getting users’ attention, and this shot is only two-seconds long. These moments are the most important for success of the brand story, and the whole campaign. If this opportunity is missed, chances are high that the user will not wait and simply move on. Building up the story slowly, and saving the best for last, might mean that it’s simply not going to be watched at all.

So, how can an advertiser get the attention of the consumer efficiently? Simply put, you serve the dessert first, because there’s no time for appetizers. The creative punch must come in the very beginning of the ad. And advertisers have to assume there’s no point in relying on audio to help.
There are some important factors that need to be considered for the first two seconds:

Intriguing visual: Users decide within a blink of an eye if a piece of content or an ad are interesting for them or not. To win their attention, highly appealing, unexpected content needs to be offered immediately. From an eye-catching image, in the form of unusual colours, movements, or shapes, to unexpected or shocking views, the aim is to achieve an impressive a visual impact as possible to achieve the desired interaction with the user.

Logo/brand: Every impression counts. Even with the best ad possible, not every person will watch the ad until the end. Making sure that the brand or product is known since the beginning increases the brand awareness rapidly.

Clear text: Facebook's recent study revealed that 41% of videos were virtually meaningless without their sound. One way of dealing with video ads being played muted is supporting the message with large, short text overlays describing the product or the story behind the visual part of the ad. This way advertisers can deliver a clear message even without sound.

Don’t save the best for last: the course order has been reversed in mobile devices. The dessert of the story is being served first – this includes any famous presenters or any other special element. If the beginning of the creative is interesting enough, user ends up following it. If the start is not appealing, nobody will wait for any surprise to be revealed at the end.

The new trend does not mean that advertisers should ignore the audible part, or the end of their ads, in their strategies; nor does everything have to be told within first two seconds. They must remember, however, that in order to get the users to watch an ad through, they must first win their interest and curiosity within those first two seconds. And they need to be able to do so with, or without, sound.