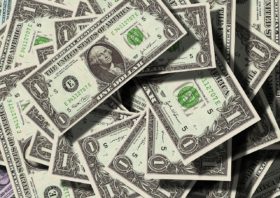 At ATS New York on 3 November, ExchangeWire’s CEO, Ciaran O’Kane sat down with Joshua Wepman, managing director, GCA Savvian Advisors to discuss the state of the ad tech M&A market in the US.

The current state of play

Wepman kicked off the discussion explaining how the current ad tech M&A market can be broken into a tale of two cities. It’s a robust market sector for a couple of reasons, with large players understanding the importance of digital, seeing clients deploying budget in this space and wanting a piece of the pie. Then, according to Wepman, you have the midsized players looking for growth. These are generally new market players looking to take advantage of some of the assets they already have, such as audience, data, mobile subscribers. “These players”, said Wepman, “leverage what they have as they fight for the part of the pie not being taken up by Facebook or Google.”

Wepman cited Comcast, AT&T, and FreeWheel as examples of these new market entrants, explaining that they shouldn’t be underestimated due to the platform nature of their businesses and the unique assets they have to leverage, such as content or data that can be monetised through these acquisitions. “There’s only so much water you can wring from a towel”, explained Wepman, “so how do they find growth? They are trying to find new areas to grow their top line.”

The rise of the acquisitive telco

What about telcos? According to O’Kane, they haven’t had a glorified run, so would they be looking to build a stack in markets, such as Pakistan? Will they start acquiring more assets and building more sustainable businesses? According to Wepman, it’s still early days and it absolutely depends on the business. Wepman doesn’t believe Telstra will go down this path, due to the lack of success they experienced with the Ooyala acquisition: “It wasn’t successful and they had to publicly write down two-thirds of the value, so they’re probably not in it for the long haul.” Singtel, on the other hand, likely are looking to build a sustainable business through acquisitions in this space, reckons Wepman.

Moving the conversation onto the acquisitive nature of martech businesses, O’Kane asked whether they will start buying ad servers or businesses specialising in the execution layer, or whether they will continue to dance around the edges of the ad tech space.

Wepman said the majority of activity in this space so far has been incidental. BlueKai, for example, wasn’t bought for advertising capabilities, it was bought for its DMP. “Software businesses are used to recurring revenue and are not used to the margin pressure faced by media companies”, said Wepman. “That will be the challenge, but maybe as execution layers mature and mimic the model of building a successful, recurring revenue business, it’s possible.” Wepman argued that there have been rumours circling for years about the likes of Oracle and Adobe buying DSPs, but it hasn’t happened yet.

The media business model might just be too messy for SaaS players. “The media model is hard to sustain”, explained Wepman. “We will start to see an evolution in the model to make it more attractive to buyers, but they won’t be SaaS players. Frankly, business like Comcast are piecing together some of the puzzle.”

Should ad tech be public?

Is there a place for ad tech in the public market? According to Wepman, there is, but it’s not for everybody: “I’m not sure having a public SSP or DSP makes sense”, explained Wepman. “It’s hard to run businesses where you are showing your customers your margins. When you have a public company that needs to be transparent and be a guide, reporting to the street every quarter, that’s hard. Many companies have a good business view year-to-year, but not quarter-to-quarter.”

“Some companies didn’t go public by choice”, said Wepman, but there is a place for a more holistic solution that can capture greater value across the ecosystem.” He referenced Criteo as being successful, but it is a business that delivers results to customers to keep them coming back and there aren’t any other public retargeting businesses, so it isn’t a done deal.

The strategic play of the private equity firm

Where has the trend of private equity activity in ad tech and martech come from? According to Wepman, firms are looking at the markets that excite them and those are growing markets with undervalued assets: “Why is there M&A activity in this market? Why do people rob banks? It’s where the money is.”

And, of course, there can’t be a discussion about mergers and acquisitions in ad tech and martech, without mentioning China. According to Wepman, this trend is random. It’s not Alibaba or Tencent doing the acquiring, it’s mining or chicken companies. One major reason is that public companies in China trade in many multiples; whereas ad tech is undervalued and if you arbitrage, you will increase the market cap. Chinese businesses are scouring the market to find companies and they are buying on EBITDA.

Importantly, with any Chinese acquisition you would need to keep a management team in place, as this isn’t a strategic, industry play – the buyers need these teams. “They run poultry farms, not ad exchanges”, said Wepman. Chinese buyers are acting more like holding companies or conglomerates and it begins as a financial play, but they may look to expand into their local market further down the line.

However, interestingly, according to Wepman, very few Chinese deals actually close: “Smaato hasn’t closed yet. Opera may have closed, but no other Chinese deals have closed yet.” So, if you’re planning to start a media business to sell to the Chinese, seller beware it’s a long, drawn-out process.

Wepman believes telcos will continue to be acquisitive and we will start to see many more full propositions, as opposed to point solutions.