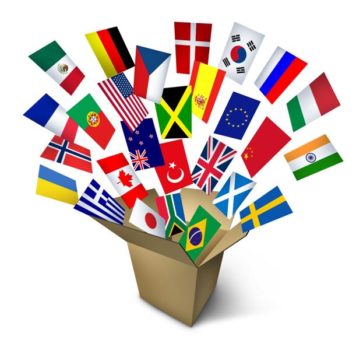 With over 6,000 languages spoken worldwide, getting across a brand message in a culturally relevant way is a challenge faced by marketers the world over. This edition of ExchangeWire’s Now & Next feature examines some of the current solutions and innovations in machine translation tools, and the route they must take to ensure greater investment in the future.

Today, Coca-Cola’s products are sold in over 200 countries worldwide. McDonalds serves their food in 119 countries, while Facebook have over one billion global users. As companies grow geographically, so does their need to engage consumers in each local market. Therefore, it is no wonder that technology companies are racing to design machine translation tools to help create a seamless conversation between two parties who don’t share a common language.

Some businesses have already thrown their hats into the machine-translations ring. Skype Translator, for example, is able to translate both spoken word and text, and uses machine learning to become more advanced the more it is used. After recording the speaker, Skype Translator uses a speech recognition system to convert that file into text, and relays it through a robotic voice.

Similarly, Google Translate offers speech-to-speech translation, as well as translation via images. Users simply point the camera in their phone at a piece of text, and get an instant translation in return.

The advantage speech-to-speech tools have over image translators is their capacity to handle instant speech translation, not just written text. For global businesses, the reality is that decisions will be made over the phone or in person, rather than by messenger. Skype and Google’s ability to process conversations in real time has the potential to help businesses make more accurate and effective decisions on a global scale more quickly.

The average consumer’s attention span is eight seconds, dropping to one second if the required information is not available in the user’s language. Customers are more likely to buy a product or service if the following are available in their native language:

What’s more, 60% of people in Japan and France will not buy products from foreign-language websites. These figures highlight the increase in sales that businesses can tap into by using translation tools. However, as with any experimental technology, there are obstacles holding back the development of machine translation.

One of the biggest challenges facing machine and speech-to-speech translation lies in the nuances of human speech. Specifically, how does the technology react when a person is speaking incoherently? How are they able to pick up on regional slang? Either of these could cause machine translators to incorrectly interpret a sentence and lead to widespread misunderstanding. Currently, researchers say there is around an 80% comprehension rate in the more ambitious technology. However, this is only in conversations that contain 100-200 different words. As human vocabularies contain upwards of 10,000, there must be a focus broadening the amount of words the technology recognises within any given language.

The answer is that the technology has, in some ways, reached its potential. By providing content in 14 languages you can reach 90% of the online population. With Google’s and Skype’s speech-to-speech translators already operating in 40 and eight languages respectively, there is no need to invest in technology which can handle 6,000 languages.

Designs that encompass a greater number of languages cannot prove they will make radical improvements to consumer engagement, in comparison to cheaper technology that is already widely available.

So, is there a future?

Better consumer engagement rates through native-language advertising means machine translations still hold huge potential for marketers. However, designers must focus on having wide vocabularies in a select range of languages, rather than limited understanding of every language.

We predict marketers will use machine translation technology in two ways:

Background bots: These translators will act as apps, or even a built-in piece of software on iOS and Android, which runs in the background of smartphones, tablets, and desktops, and will monitor how people speak. This will allow marketers to engage consumers not only in their native language, but also in a style that is familiar to them, boosting engagement further.

One company already investing in this technology is eBay. The online marketplace wants to automatically translate listing details on its websites and apps. In June 2016, it acquired AppTek, a startup specialist in this area. The business also wants to use this technology to help design instant messaging software for potential buyers and sellers, where they can chat about a product, even if they don’t speak the same language.

Social tracking: Language translation will also be used to help mine social media information for comments about products and services. This data can then be used to respond to questions and criticism in native languages, and also design more tailored marketing campaigns in different regions based on consumer feedback from across the globe.

Keep an ear out for consumer innovations

While its use in online consumer engagement guarantees the future of the wider machine translation industry, speech-to-speech translation must focus on two areas if it is to attract more investment.

Firstly, it needs to find a niche as a consumer product. People’s propensity to visit new countries, combined with a lack of desire to learn the native language, mean there will always be a gap in the market for speech-to-speech translation. In the future, this will most likely resemble the technology currently under design by Waverly Labs. These universal translation ‘ear implants’ involve two headsets, worn by each member of a conversation, which translate the words as they are spoken (think ‘babel fish’ from The Hitchhiker’s Guide to the Galaxy). The potential these have to deepen travellers’ understanding of the environment they’re in is huge, and could revolutionise the holiday experience. The advantage these have over Google’s and Skype’s innovations, is their convenience. Unlike desktops and tablets, it is far more convenient, and less obtrusive, to simply wear a headset.

Although speech-to-speech translation might not be of great use to marketers, it does have a role to play in global (as discussed earlier) as well as local businesses. In the UK alone, the number of migrants – estimated to be 172,000 in 2020 – will reach 210,000 by 2035. With the majority of these people integrating into the UK workforce, if companies can converse in the native language of their employees, workforce engagement will naturally increase.

For this to be a success, tools such as those designed by Skype and Waverly Labs must focus on their accuracy, rather than how many languages they can translate into. Until there can be a guarantee that the translator will pick up each word accurately, and recognise the majority of words spoken in any given language, confidence, investment, and adoption of these platforms will not see radical increases, despite the obvious benefits.