ExchangeWire Research’s weekly roundup brings you up-to-date research findings from around the world, with additional insight provided by Rebecca Muir, head of research and analysis, ExchangeWire. In this week’s edition: Viewability boosts from walled gardens; Subtler approaches to online advertising; and CMOs not satisfied with customer retention. 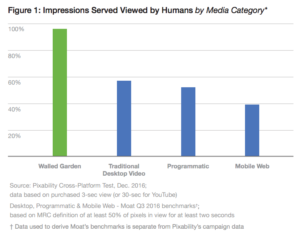 Instagram wins big among the younger crowd, with over 45% of viewers aged 18-24, and less than 15% of viewers falling in the 45+ segments. Despite frequent speculation that Facebook is passé among younger audiences, nearly 55% of its users fall within the 18-34 year-old millennial segment. YouTube offers the greatest diversity in age range, drawing over 10% of its audiences from each segment.

Media planners, brands, and ad tech companies need far subtler and sophisticated approach to digital advertising, combining planning and improved data targeting and retargeting, according to research by the7stars, in partnership with Newsworks.

It also revealed that, while UK consumers have a strong desire to discover fresh ideas, news, or useful information, poor ad targeting is nudging them into defensive mode, where they bar or ignore irrelevant and intrusive information. 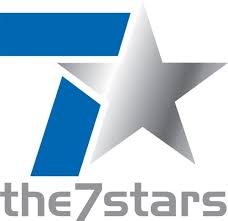 The research found consumers want more serendipitous content online from brands with more choosing positive words such as ‘curious’ (33%), ‘surprised’ (27%), and ‘intrigued’ (25%) than negative words, such as ‘annoyed’ (17%) or ‘irritated’ (18%), when asked how they feel when they see ads that are relevant but unexpected. In contrast, when asked to choose words they associate with expected advertising based on recent searches or expressed interests the majority of consumers chose words such as ‘targeted’ (37%), ‘intrusive’ (30%) and ‘annoying’ (26%) with words such as ‘clever’ and ‘timely’; attracting far lower values.

CMOs not satisfied with customer retention

CMOs are prioritising customer acquisition efforts, despite an urgent need to engage and retain the customers they work so hard to win, a new study by The CMO Club finds.

The report demonstrates an understanding amongst this audience of the need to build customer loyalty and prevent churn, but a disconnect between this and what marketers are ultimately able to achieve.

Almost six-in-ten (61%) respondents say they are unsatisfied with customer retention rates, and 58% with customer lifetime value. Despite that, most aren’t doing enough to decrease churn and capture increased consumer wallet share. Almost half (44%) of CMOs say that they spend 30-50% of their budgets on retention and loyalty. A third (33%) spend only 10-30% of their budgets on existing customers.

Most respondents do not yet have the technology in place to harness the power of identity. Only 33% say they have integrated disparate platforms to create holistic customer profiles. Additionally, just 25% can combine historical data and real-time customer context across platforms, and a mere 19% say they are able to identify the customer across all touchpoints.