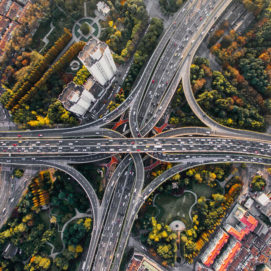 With Facebook and Google practically pinning their futures on it, marketers really can’t afford to ignore mobile advertising. In this piece, Matthew Phelan (pictured below), CEO of 4Ps, part of NetBooster Group, discusses how critical connecting online and offline customer journeys is to avoid becoming the next brand failure cliché.

In 2016, digital formats dominated once again, with internet ad spend up 13.4% to £10.3bn, according to the Advertising Association and Warc. In fact, mobile accounted for 99% of this growth, with ad spend for mobile platforms up a whopping 45.4% to £3.9bn. 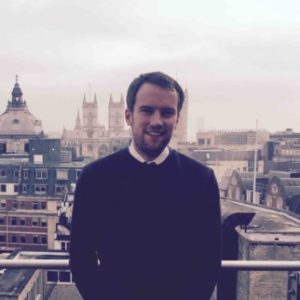 Subsequently, ad spend is quite simply following the consumer; and this is the reason why the likes of Mark Zuckerberg now repeat the words ‘mobile-first’ like it’s some sort of iconic television catchphrase. And this trend is only going to continue as ad tech improves and consumers spend more time with their internet-connected devices.

The rise of mobile is also changing storytelling, with the consumer, rather than the brand, now taking up most of the spotlight. With the popularity of Instagram Stories, Snapchat, and even Linkedin – which recently launched its own stories-style option – the modern consumer doesn’t understand the need to conventionally phone somebody up to tell them about their day. To them, video is becoming the best method of human storytelling and interaction. Your baby daughter just took her first steps? You just got a new job? Well, you’re now more likely to film a video for Snapchat or send a FaceTime than to take a polaroid or make a traditional phone call.

If your brand still hasn’t seriously discussed a mobile advertising or m-commerce strategy at board level then, I hate to break it to you, but you could be out of business in a few years’ time. Whether you’re a small independent greengrocer, or a giant like Amazon, consumer behaviour is shifting to mobile at stampede-like speeds. Therefore, all businesses must follow. Making this move isn’t about hiring a hip young person to sit in the corner to deal with mobile, but to integrate it into the core of your business. Don’t think about it, just do it. Airbnb and Uber are living proof that if an established industry has a disjointed mobile experience then consumers will migrate in big numbers around the shiny new platform.

Mobile is also transforming how we see the online and offline silos. In 2016, the same Advertising Association and Warc report shows a slender 0.2% growth to £5.27bn for TV advertising spend. However, this was driven by a 12.6% rise in video-on-demand ad revenues. These numbers are telling, with VoD primarily based around on-the-go devices such as smartphones and tablets.

The likes of Google TV and Apple TV aren’t a coincidence. The fact Twitter has partnered with CNN to integrate live TV-quality news coverage into their feed during major events, such as the French Election, isn’t one either. The reality is traditional channels such as TV are now being incorporated into the mobile mix. Slowly, traditional TV will be replaced with other screens, such as smartphones, as people seek to watch what they want, whenever they want.

At launch, Samsung were keen to talk up their new Galaxy S8’s VR functionality; and this is also a glimpse into the direction in which mobile is headed. Virtual reality can replicate face-to-face exchanges. It will also change the way people make purchases. Are you interested in buying a car from the comfort of your living room? Well, why not sit in the driver’s seat and take a look around? These are possibilities VR mobile is already offering for brands such as Ford.

We’re also seeing brands, such as Ted Baker, put Google Cardboard into their stores, so consumers can see ad campaigns come to life as they take a walk around. As smartphones technology evolves, the limitations of a physical store will become irrelevant, with mobile-based VR giving retailer’s endless potential to bring their stores to life.

Sure, it’s a cliché example, but it remains hugely important. Blockbuster (yes, the place where you used to rent VHS copies of You’ve Got Mail) once ignored the rise of streaming and digital purchases. They put their heads in the sand and it’s the reason they went out of business. If you do the same with connecting online and offline customer journeys, well, you risk becoming the next cliché of what will happen if your business fails to get with the times. And nobody wants that.