ExchangeWire Research’s weekly roundup brings you up-to-date research findings from around the world, with additional insight provided by Rebecca Muir, head of research and analysis, ExchangeWire. In this week’s edition: Blockchain can revolutionise marketing; US leads Europe in smart home development; Mobile: high traffic, low engagement; and One for the tennis and football fans.

Marketers are excited about blockchain’s ability to enhance marketing capabilities, finds a study by Emerging Insider Communications. Almost nine-in-ten (88%) believe that blockchain technology has the potential to positively disrupt the existing marketing ecosystem. 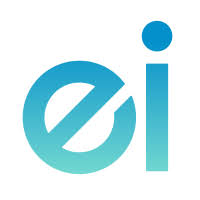 In particular, marketers are most interested in seeing how the technology can be applied to:

However, only 15% of respondents felt like they knew enough about the technology to explain it to their customers. This is despite 40% reading a blockchain-related article in the last month, highlighting the fact that technical jargon is likely to be an ongoing problem.

Indeed, technical language and abstract concepts were highlighted as a major challenge for both marketers and their clients. Almost half (48%) believe the technical language of blockchain is too confusing for audiences, while 72% thought that their own agency lacked adequate knowledge of the tech’s capabilities.

This creates opportunities for those who do have a good level of knowledge – 36% of respondents think that blockchain specialists and thought leaders will rise to prominence in the marketing industry.

Investment needs to happen soon, with 35% outlining that they should be actively exploring the technology now, while 52% were happy to wait and monitor developments.

The smart home is poised to emerge by stealth, as consumers who install their first device will be keen on automating further, according to the latest Futuresource consumer research.

The research reveals that almost one-in-three consumers live in homes where at least one smart home device has been installed.

According to this report, for entertainment-driven consumers, audio and video content is often the first step into automation in the home. Two-in-three respondents consider music and other audio or video content to be important in the context of the smart home.

Users clicking on Google shopping ads on their mobile phones represent the largest single source of visitors for retailers, according to a report by FoundIt. Mobile makes up nearly half (49%) of retailer’s transactions. Desktop accounts for 39%, and tablet 12%.

It also proves to be the most fickle channel by far, with as much as 83% of traffic leaving the page straight away, or viewing as little as two and half pages before quitting.

Conversion rates are highest across desktop (2.33%). Tablet sees the second-strongest conversions (1.88%), with mobile lagging behind on 1.48%. Over half (56%) of online retailers’ traffic comes from mobile devices. This is way ahead of desktop (31%) and tablet (13%).

However, engagement rates on mobile are lower, compared to desktop. Looking at the bounce rates between Google shopping on mobile and desktop, 27% of sessions browse past the first page on a mobile device, versus 38% on desktop.

One for the tennis and football fans

A typical Wimbledon fan is high-earning, environmentally-conscious female, with a Volkswagen Golf as  one of her two cars, according to a study by Viant.