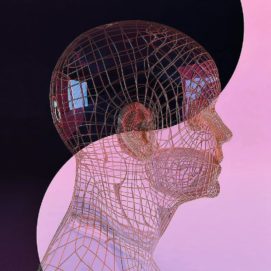 Artificial intelligence continues to evolve as it finds new ways to learn and function, including tackling the subject of creativity. Next on the machine-learning list: computer-generated imagery. As Olga Egorsheva, CEO and co-founder, Lobster, explains, AI could have a greater role to play in freedom of creativity than you could imagine.

AI’s relationship with creativity has always been a curious one. Can machine learning truly equal the human mind when it comes to expressing creativity? Perhaps some of the answers can be found in its efforts to recreate computer-generated images.

Not your average CGI

If you think of computer-generated imagery, or as it’s more commonly known: CGI, the first image likely to pop into your head will be a Hollywood blockbuster. The special effects most often associated with CGI have become a regular feature in big-budget movies over the years.

From sketchy graphics to photo-realistic visuals, the evolution of CGI has been nothing short of extraordinary. Companies such as Pixar have created a revolution and, with the help of human voice acting, have managed to bring genuine emotion to graphics that real-life films often struggle to replicate.

CGI isn’t just rooted in the movie industry, either. As the tech improves, and costs become more economical, more companies across different industries will pay greater attention. The small screen, video games, and the advertising and marketing sectors have all dipped their toes in the computer-generated imagery pool.

Computer-generated imagery is becoming more frequent within advertising and marketing, with the fashion industry, in particular, taking advantage of the technology available to promote their clothes. We are now seeing a greater frequency of brands replacing real-life models with virtual ones. 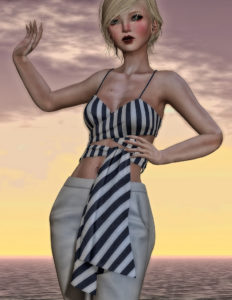 The benefits are clear: not only is it cost- and time-effective to use computer images rather than real people, but companies can mould the appearance of a virtual model to reflect their exact requirements. That means the clothes will always look as intended and perfectly fit the virtual model.

There is an ethical question around the use of virtual models, however, airbrushing and the distortion of images has long been an issue in the modelling industry. The real issues concerning our perceptions of what defines beauty is a topic that still needs an in-depth analysis – whether using virtual or real-life models.

It’s not just humans who are getting a computer make over: brands such as Ikea use CGI to display their furniture in digital promotional catalogues as it allows them to show products in greater detail. 3D model houses have also long been a popular marketing tool for estate agents and are often used to reveal how new builds currently still under construction will look once they are completed.

It comes as no surprise that artificial intelligence is now entrenched in computer-generated imagery; and those in charge of machine learning feel the capabilities are there for AI to create genuine CGI.

The reason why is clear: if it’s already cheaper to use CGI instead of real people, the cost will reduce even further if AI is producing computer-generated images. And, while we’re not quite at the junction where fully enhanced CGI created by machine learning is the norm, there have certainly been some promising signs.

Filter out the noise 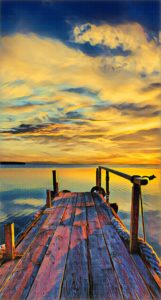 For an example of how AI is producing hugely popular images that are capturing the imagination of millions, look no further than Snapchat filters and the app, Prisma. Snapchat has spent a significant amount of time experimenting over the last 18 months as it looks for ways to offer a different dynamic from other popular social media sites. The company’s face filters and face swaps have proved to be popular additions to the service – and machine learning has a heavy influence.

It’s not only the filters where Snapchat is using machine learning: AI is helping to define which stories show up in your news feed when you’re on the app by understanding your user journey.

Prisma, the hugely popular photo transformation app, also uses AI to transform smartphone images into stylised artwork from different genres. On the face of it, this type of capability is just a bit of extra fun to add to your photography. But 7.5 million downloads within its first week of release shows there is a desire for the feature.

There are other areas where AI is having more influence as algorithms show greater complexities and pave the way for more freedom and creativity. Researchers at Stanford University have developed an AI system that can create real-time facial re-enactment and animated facial expressions.

While Adobe has experimented with replicating background imagery, potentially removing the need for screens in the future, and Google developer Damien Henry created a 56-minute video using one image and AI.

You can see the appeal these advancements hold with creatives in the advertising industry, who are always looking for new ways to engage with audiences. The idea of having the ability to take separate images and audio and bring them together opens up the potential for plenty of fun possibilities.

Victor Riparbelli, CEO at Synthesia, who are developing AI to generate synthetic video, thinks the possibilities to take advantage of these methods indicates exciting times. “We are not far from being able to easily generate artificial media that is indistinguishable from the real thing. In the future, music, pictures, and videos will increasingly be created by computers, and we will not be able to tell the difference.”

Victor also feels that AI’s capabilities will allow creatives to focus on the creation process, giving them more freedom to be expressive. “What we are seeing is that humans are moving up an abstraction layer. Computers will no longer serve as tools only but increasingly take on the role of an artist.

“From instructing the computer to paint x, y, and z pixels red we will simply tell the computer to generate a picture of a red fire truck or change the model’s hair colour from brown to red.”

Could we potentially see a future where a machine has created CGI in movies, TV shows, adverts, and streaming? Possibly. Although we’re perhaps still a little way off from a landscape that is completely controlled by AI.

For the time being, though, AI is coming up with some interesting concepts that will appeal on a smaller scale and help humans to express their creative freedom that little bit more.