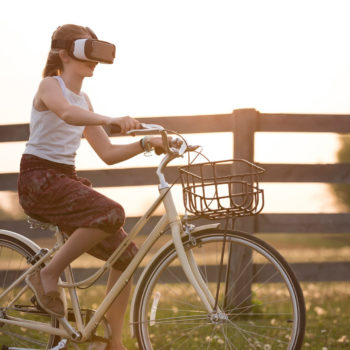 Conversations around ‘augmented reality’ (AR) and ‘virtual reality’ (VR) focus largely in its glittering promise, but what are the ‘realities’ of running campaigns in these environments? In this Q&A with ExchangeWire, Joel LaMontagne (pictured below), CEO, Trivver, describes how the the full spectrum of ‘extended reality’ (XR) can be monetised in a user-centric, environment-responsive way.

1) Hardware, software, and services for extended reality (XR) – encompassing AR, VR, mixed reality, and 3D – are expected to generate over USD$200bn (£141bn) in revenue in 2021, but adoption to date has been slower than expected. Why has adoption been slow, and what do you think will be the main drivers behind this explosion?

I’d say that across the extended reality (XR) landscape, the main barriers for both entry and adoption are mainly due to three items: 1) pricing and high cost for development, 2) lack of available hardware and programming capabilities, and 3) issues surrounding the monetisation of XR.

Let’s discuss Virtual Reality (VR) first. The most expensive VR hardware can support high-resolution, fast-moving VR experiences but, as of today, the majority of VR experiences have been served up on mobile devices. While mobile device VR has the greatest number of users, the speed and resolution currently available for users are low. A lack of add-on interaction hardware, which provides a natural way to interact with VR environments, is also limiting adoption. 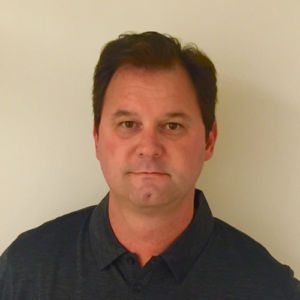 With a small audience and no clear way to monetise VR for publishers, VR content development has also been slow. That said, major players in the VR space have all announced they will bring lower cost and wireless devices to market, perhaps as soon as late this year. Once fast and high-resolution VR hardware drops in price, the potential audience size is bound to accelerate the production of VR content to market. As VR content publishers abandon the traditional ad banner model for native product placement, pipelines for content development should accelerate exponentially as well. Until then, this will continue to be a challenge.

Similarly, developers of augmented reality (AR) and mixed reality (MR) applications have struggled with paradigms for monetisation, both because of small audience size, and because the AR and MR environments are qualitatively different than 2D environments. Design in some instances has also been clunky. Just take a look at Google Glass. An early entrant to the MR field, Google’s experience and support primed it to be a favorite for success. Unfortunately, the clunky appearance of the glasses and the perception from others that you might be using the glasses to ‘spy’ on them spelled its demise. This set back the initial trend for AR/MR adoption.

Despite these challenges, AR and MR content will likely accelerate and pass VR in adoption. Apple and Google’s releases of AR tool kits have enabled developers to easily create AR applications for a huge and hungry mobile device audience.

2) What do you see as the main challenges for advertisers and publishers in these new immersive environments?

There are a few – the first being XR ad spot matching. Advertisers will need to consider how best to match their brand with an XR publisher. Not only will this require determining which XR environments are most desirable, but also where the brand will appear in those environments. Publishers need a way to communicate the availability of advertising locations within their XR environments to potential advertisers.

The second is that every brand will need to have at least one 3D model, and more likely multiple models for each of their products, including low-res options for mobile, high-res for laptops or dedicated devices, and perhaps even fantasy or sci-fi model versions for placement in unusual XR environments. This is a costly and timely process.

User experience versus monetisation will also play a factor. Both advertisers and publishers are challenged with finding ways to monetise their environments without adversely impacting the user’s experience. In the new software economy, users often expect applications (and XR environment experiences) to be free. But someone, somewhere must pay for development to happen. Is that through advertising? Perhaps. And, if so, advertising must be strategic, thoughtful, and native in nature, instead of via intrusive popup ads on a web page, which are disruptive and may result in a user to think less favorably of a brand. That can then lead to decreased brand equity and, ultimately, unhappy advertisers.

Lastly, analytics in the XR environment will be key to ad success. New analytics are being developed, and more will come, to address the challenge of quantifying user engagement with XR advertisements in the XR space. Questions like: ”Do you charge for showing an advertisement in an XR environment, when it might be behind an elephant, from the user’s perspective?” and “How do you quantify the way a user interacts with that object by touch?” will need to be answered.

3) How does Trivver fit into this picture? How are you helping to tackle the complexity that is advertising in XR environments?

Trivver brings advertisers and publishers together in an advertising exchange designed to enable 3D brand placement in XR environments, effectively addressing the issues of monetisation and XR ad spot matching.

Not only can publishers create a Branded Smart Object (BSO) that Trivver’s unique technology can autoscale to multiple XR environments (which saves money and time), but this also allows the brand itself to become the advertisement – integrated within the environment. For users who desire more information about the brand, Trivver provides a Smart Tab feature, where advertisers can provide information on where to purchase items, discounts, and videos associated with the brand. While our competitors are looking at ways to add 2D advertisements to 3D environments – think pictures on the wall, billboards, video ads on a television set, etc. – Trivver is using the product itself as an advertisement. Given the strength of product placement in movies, Trivver opens the opportunities for the industry to place their products, as well as supporting information, into any XR environment that is truly 3D.

4) Where do you expect to see the biggest demand for this type of advertising? What industries and why?

The biggest demand will be with AR because almost everyone today has a smartphone and can interact with AR experiences at their fingertips.

VR will come second, as the cost for hardware comes down and more VR content is built. The two biggest industries that will greatly benefit from XR advertising are online gaming and virtual real estate, but we also anticipate upticks for cosmetics companies, film studios, and financial services institutions, among others.

5) A seamless user experience is critical to delivering on the XR promise. What are the key considerations that should be top of mind when running campaigns in these environments?


First, and the most important for success, the brand should be integrated and appear native within each different environment. These new environments are inherently immersive, which means traditional digital advertising methods such as pop-up ads, banners, and interstitials will be too disruptive for users. Trivver enables publishers to place content in a way that is native and organic – eliminating those potentially jarring advertisements and creating more seamless integration within the user’s VR environment. This is integrated placement – like when you see the lead actor in a movie enjoying a can of Coca-Cola.

And second, through the use of data analytics, wherever possible, the brand shown should be relevant to the viewer (using their historical data with brands to optimise targeting).

6) There are well-established concerns around transparency associated with programmatic advertising – how can NHT be avoided in an XR world?


While traditional fraud detection methods such as IP monitoring, cookies, and time-data analysis can be applied, XR environments offer additional data such as the user’s position in the environment and relative to the 3D brand model. This allows XR ad serving to be more fraud-resistant than traditional ad serving. In addition, Trivver is looking to blockchain technology to ensure data is transparent and valid.