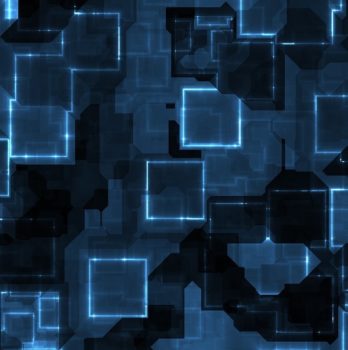 Last week it emerged that Google is pushing ahead with plans, made public earlier in the year, to limit the functionality of ad block extensions on the Chrome browser, announced as part the new ‘Manifest V3’ design specification.

Despite widespread consternation from privacy evangelists and users using ad blockers, Google will only be allowing unrestricted blocking for enterprise users, thus somewhat ironically moving some types of third-party blocking behind a paywall.

But does this truly mean the end for ad blockers, which cost UK publishers an average of £932,875 each per year? Will alternative revenue streams mean ad blockers will simply adapt, given the underlying demand for their use has not evaporated? If so, what can advertisers and publishers do to protect their revenues?

Manifest V3: under the bonnet

In the wide-ranging changes to Chrome extensions, blocking systems which rely on the web request API, such as Ghostery, will be most restricted, as blocking capabilities on this API will be eliminated. Extensions which use the declarativeNetRequest API (commonly referred to as a ‘rules-based’ system) will still be usable on Chrome, however the number of rules which can be set has now been limited to 30,000. Whilst this may sound like an ample amount, current systems such as Easylist use over 75,000 rules, thus the new system dramatically limits their capabilities.

In an attempt to appease users who use ad blockers, Google’s previously announced automatic ad filtering controls built into Chrome will come into effect worldwide on July 9th 2019. However this will do little to placate users that are based in North America and Europe who still believe that ads are still harming their web experience, given that the new standards have been in place since February last year, with less than 1% of sites having their ads filtered.

Why ad blockers are used

A common misconception that those using ad blockers do not comprehend the value proposition of internet publishing, and are instead expecting ‘something for nothing’. However recent research indicates that this is not the case, with approximately 80% of UK internet users reportedly understanding the necessity of ad revenue for supporting publishers. Another popular belief is that the 18-24 demographic is particularly ignorant of the importance of ad revenue, whereas the same report concluded that 90% of individuals in this age group actually do comprehend how ad revenue is critical for supporting publishers, higher than the national average. So why do these users utilise ad blockers?

The answer to this is the use of ‘invasive’ ads, and how the use of these types of ad units has increased in the previous decade. In the early days of internet advertising, being subjected to a barrage of irrelevant, distracting and disruptive ads was the reserve of low-quality websites, such as torrenting platforms. Now even mid-tier publishers are peppering their sites with disruptive ads in an attempt to recoup revenues lost to the walled gardens and ad fraud, which is estimated to cost the industry $42bn ($33.1bn) once indirect costs are accounted for.

When ad blockers first came onto the scene they were touted as heroic knights, shielding consumers from the dragons of intrusive ads and user tracking. Nowadays their armour has become a little tainted. Ad blockers have been termed by some as ‘de-facto ad networks’ for the way some are paid to whitelist their sites, for instance Adblock Plus is reportedly paid by Google to display their ads, which may explain why this category of ad blocker will not be outlawed completely in the new Chrome update.

Ignore or engage? The solution

Long before Google’s browser-level restrictions were announced, several solutions have been employed to combat ad blockers. These include whitelisting requests and the use of 'blocker walls', which ensures that content cannot be displayed unless the blocker is turned off. While users who continue to the site will be served ads as usual, it dramatically cuts the number who choose to view the content, with a 2017 study suggesting 74% of US adblock users leave sites which demand that they turn off ad blocker extensions.

A simple option for publishers is to dismiss these users, knowing that they are unlikely to engage with their brand if they are reluctant to disengage their blocker. This makes sense on the short-term commercial level, however this could also could lead to a future dip in readership, as the majority of the readers are in the 18-34 demographic.

Publishers and advertisers are therefore left in a troublesome position, either lose a subset of readers, or lose potential revenue. However, with Chrome now looking on cracking down on ad blockers, there may be an opportunity to re-engage users with appropriate advertising before they reinstall an alternative blocker.

Therefore the industry could employ the old adage of ‘quality over quantity’, namely prioritising user experience over the number of ads served. Creating an enjoyable environment through serving high quality, relevant, and attractive ads will encourage users not to use an alternative ad blocker, or will act as an incentive to whitelist a compliant site even if they do reactivate an ad blocker. Prioritising the higher quality end of one’s inventory does not have to come at the expense of revenue, for instance Forward recently revealed impressive CPMs of approximately €25 (£22.2) by eliminating the lowest-quality ads from their inventory.

Adopting this solution will undoubtedly lead to a better internet for the general public, as well as aiding publishers in the long run. What’s more is that, unlike several other contemporary issues facing independent ad tech, operating in a more user-focused manner does not require new technology standards or years of research. It simply requires putting people first.