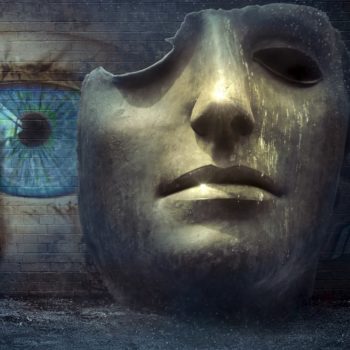 Ad blocking, a scourge to online publishers, costing them an average of over £930,000 per year according to certain estimates. While uptake rates have declined slightly in the UK, the volume of impressions affected has grown within this period, and with both the US and APAC showing increased use of ad blockers, the antidote has by no means been found.

Writing exclusively for ExchangeWire, Michael Korsunsky (pictured below), CEO at MGID North America profiles the average user of ad blocking software, its increasing effect on publishers, and what can be done in future to limit its uptake.

Whilst digital advertising has improved dramatically since the rapid rise of ad blockers highlighted a need for change, the percentage of US users blocking ads is still creeping up and is likely to exceed 27% next year.

Although the proportion of ad blocker users is only rising marginally, the overall volume of impressions served and therefore blocked is growing much faster, meaning the real financial impact on publishers is increasing. Publishers cited the rise in browser ad blocking extensions as a limiting factor in the monetisation of online news in a recent media survey from Challenger Gray & Christmas. Many are exploring alternative monetisation options such as subscriptions or paywalls, but advertising remains a primary driver of revenue.

So, who are the users behind the ad blockers, and can we convince them to embrace digital advertising once more?

Profile of an ad blocker

Young, tech savvy males were always the demographic most likely to use ad blockers and that hasn’t changed very much over the years. Although ad blocking software is used across all demographics, global insights from our platform show men are 36% more likely than women to use AdBlock, and urban internet users are 21% more likely to have it installed than those living in rural areas. The age group most likely to use AdBlock is 25 to 34 year olds, so the digital advertising industry has to work hard to convince this group to switch off the software. 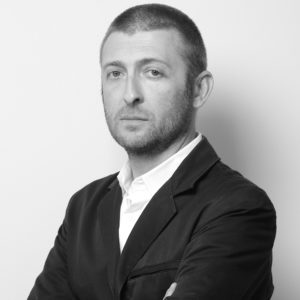 One of the key factors behind adoption of ad blockers is frustration with intrusive ad formats that interrupt and slow down the browsing experience or block access to content. This is particularly applicable to disruptive video ads, which can be difficult to close, stop or mute. But a number of industry trends and initiatives are having a positive impact on ad experiences.

These improvements include the Coalition for Better Ads, which identifies ad formats that fall beneath the threshold of consumer acceptability and therefore increase the propensity for consumers to adopt ad blockers, such as prestitial ads with countdown and auto-playing video ads with sound. Positive developments also include increasing adoption of native ad formats, which adapt seamlessly to both the device on which they are served and the context of the adjacent content, with native expected to account for almost two-thirds of display ad spend this year. The number of advertisers joining the Acceptable Ads Initiative on a revenue share basis is growing, which helps advertising remain AdBlock friendly.

A second factor that drives the adoption of ad blocking software is concerns over privacy. Internet users aren’t necessarily happy about their personal data being collected, shared and used for targeted or personalised advertising. In fact an initiative by Mozilla called Track This was recently designed as an alternative to ad blockers, allowing users to pose as one of four different web personas to protect their own browsing information.

But increased data regulation is already changing how advertising uses personal information for targeting or personalisation. The enforcement of the General Data Protection Regulation is causing a shift away from third-party data and requires EU users to opt into the use of their data for profiling and targeted advertising.

The industry in increasingly turning to contextual targeting, which ensures digital ads are relevant to the content and context of the web page rather than the individual user. Ongoing data regulation, including the impending California Consumer Privacy Act, may well encourage some users who are protective about personal data to relax and turn their ad blocker off.

The future of ad blocking

The rise of ad blocking software was rapid, but its demise will inevitably take time. While the digital advertising industry is moving in the right direction, further work is clearly needed to convince the one-in-four users that currently employ an ad blocker to switch them off, as well as to prevent further adoption.

Further education around the value exchange is required to help users understand online content isn’t free; publishers need to generate revenue to finance its production. The industry needs to continue its push towards non-intrusive ad formats and targeting techniques that don’t necessarily depend on personal information, and to demonstrate responsible use of data when permission is granted for it to be used. By doing so it should be able to mitigate the impact of ad blocking and hopefully reduce the use of ad blockers in the long term.

Ad blockers are still used by a significant proportion of internet users, especially the young male demographic, and the digital advertising industry needs to maintain and accelerate the positive evolution of the last couple of years to convince them to give ad-supported content a second chance.

MGID is a global native advertising platform that drives revenue growth for all participants of the ecosystem. Since its foundation in 2008, MGID has become a leading content recommendation platform, targeting 850 million unique readers with 185 bill...
More about MGID »
Powered by PressBox