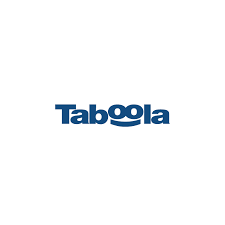 Taboola, a global leader in powering recommendations for the open web, helping people discover things they may like, today announced it has become a publicly listed company trading on Nasdaq under the new ticker symbol “TBLA.”

Taboola joins Nasdaq at a time when online advertising on the open web accounts for more than an estimated USD$60bn (£43bn) in spending per year. This market is highly fragmented and has traditionally relied on ad formats such as banner ads, which can lack relevancy and efficacy. Taboola uniquely taps into this estimated $60 billion market through its recommendation platform which renders editorial and paid recommendations natively, in contextually relevant moments, across more than 9,000 of the world’s premium digital properties with which the company has direct relationships and for 13,000 direct advertisers. Taboola’s direct partnerships with digital properties and the value inherent in being an editorial recommendation engine positions the company well in a dynamic privacy environment.

Taboola’s listing on Nasdaq comes after several recently announced milestones for the company, including:

Expanded Board of Directors: Advertising and publishing industry veterans Deirdre Bigley and Lynda Clarizio were added to Taboola’s Board of Directors, effective April 2021. Taboola recently announced Gilad Shany, CEO of ION as an addition to its Board as well.

- Recommending Anything: As part of Taboola’s focus on recommending Anything, and as was presented in its investor deck, one of Taboola’s areas of growth is capturing video dollars from brands and media agencies. Towards that goal, the company generated USD$90m (£65m) in video in 2020. Building on this progress, Taboola announced Taboola High Impact, a new advertising solution that combines ad format innovation such as mid-article placements with transparency controls and access to exclusive readership data, empowering brand marketers and agencies to drive brand awareness. The company also announced a collaboration with Oracle Moat Measurement bringing new control, choice and transparency via a direct integration with Taboola’s media buying platform, to advertisers working with Taboola.

- Recommending Anywhere: Taboola continued to grow its integrations of Apple News-like services on Android devices, and in Q1 2021 launched new partnerships such as Samsung in Brazil.

As part of its publisher initiatives, Taboola released several product innovations as well. This included significant enhancements to Taboola Newsroom, enabling publishers to drive subscriptions using Taboola’s advanced A.I. and insights, sourced from its exclusive dataset about readership on the open web. It also announced Taboola Stories, a new way for publishers to engage readers with the familiar captivating “stories” format that users love on social media, and those known to be effective for e-commerce brands.

“Today is a significant milestone for Taboola, one that cements our commitment to power recommendations and be the champion for the open web,” said Adam Singolda, CEO and founder, Taboola. “Tens of thousands of advertisers and publishers have placed their trust in Taboola since we started more than 13 years ago, allowing us to drive success in delivering revenue, engagement and audience growth. I’m so humbled to work with our publisher and advertiser friends and look forward to the years to come. Thank you all for believing in us. As I wrote about in my first quarterly shareholder letter for investors, I’m excited to have incredible investors on our journey - firms like Fidelity, Baron Capital, Federated and others. Most importantly, I’m proud of the thousands of Taboola team members that have made all of our success possible. Thank you to everyone. I love the open web, and there is so much ahead of us - today is just the beginning.”

Taboola powers recommendations for the open web, helping people discover things they may like. The platform, powered by artificial intelligence, is used by digital properties, including websites, devices and mobile apps, to drive monetisation and use...
More about Taboola »
Powered by PressBox