ByteDance, the parent company of TikTok, has reportedly filed an application with the US Patent and Trademark Office for a service called “TikTok Music”. The short-form video platform has already proven influential in popularising songs and musicians featured in viral trends and challenges on the platform. The trademark filing explained that TikTok Music would allow users to “livestream audio and video interactive media programming in the field of entertainment, fashion, sports, and current events.” 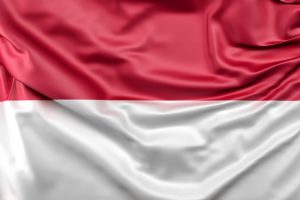 The Indonesian government has blocked access to Steam, PayPal, Yahoo, and other companies after they failed to adhere to the country’s content moderation laws.

MR5, the overarching legislation, mandates that “Private Electronic System Providers” may only operate in Indonesia if they have registered the government’s database. Companies who failed to register by 27th July now face a nationwide ban. MR5 also gives the Indonesian government authority to collect internet users’ data and tell companies to remove online content that “disturbs public order”.

Streaming giant Spotify has purchased Findaway, a service which allows users to create, issue, and monetise their own audiobooks.

The USD$123m (£100m) takeover will provide Spotify with audiobook functionality, which the company’s CEO Daniel Ek described as “a massive opportunity”. Ek added that audiobooks would be integrated into Spotify’s service “quite imminently”.

The MadTech Sketch: how to break up Google

ExchangeWire on ADPPA, Amazon Buying One Medical, and S4 Capital

523.9m - the number of people globally subscribed to a music streaming service as of 2021.

Last week, we challenged you to identify which of our fine selection of quotes came from Google chatbot LaMDA and which were plucked from classic Sci-Fi. See how you did below:

If you missed last week's tech teasers, you can find a fresh new batch of questions on ad tech, martech, media, and commerce this Friday. To never miss another quiz, sign up to The Stack today.