» E-marketer now estimates that Facebook is earning $1.2 billion globally for display advertising. This is up form $665 million on last year's figure, a jump of nearly 80%. This revenue is set to rise to $1.7 billion in 2011. These are all self-service buys through the platform and it shows how important Facebook has become in the European media buying plan. It is quickly becoming the "third channel" for media buyers. Its microtargeting and relatively cheap inventory has become a draw for European ad budget. It'll be interesting to see if ad tech vendors will attempt to build in Facebook buying functionality into their platforms as more budget shifts into the FB channel.

The chart below illustrates the growth of ad spend moving into Facebook. 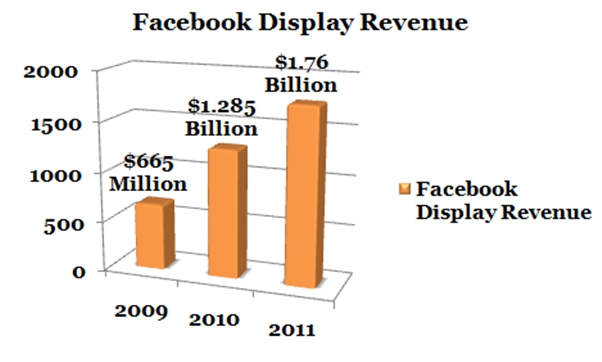 » There's been a lot of hysterical pieces written about behavioural targeting in the past of couple of weeks - mostly form the Murdoch press. Some call it debate. I'd call it agenda-led "journalism". There are too many vested interests involved to call the WSJ's coverage anyway objective. So it was refreshing this week to read Olivia Solon's piece on Wired about the issue of retargeting and behavioural tracking. Olivia breaks down how comapanies like Criteo and Struq remarket products for their clients. She concludes that with so many ads being bombarded at online users maybe it's not a bad thing to be targeted now and again with relevant ads - and if you don't like the practice you have the option of always opting out:

Online ads are an unavoidable part of the digital media ecosystem, so surely having a truly relevant ad that speaks to you individually is better than one that isn’t? ... As we become more and more used to personalising our web experience, it seems strange that some people react so strongly. Users can opt out of receiving these sorts of ads by clicking on an icon on the banner. It doesn’t seem to be any more intrusive than the ads found in, say, Gmail.

It's a good read. And I have to say with all hokum caused by the WSJ ridiculously subjective pieces (remember WSJ likes to drop cookies too), Solon's piece adds a bit of perspective to a confused and one-sided debate..