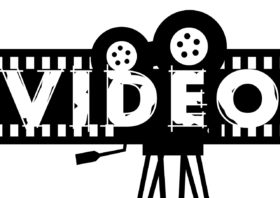 Now & Next is a new feature from ExchangeWire Research. In Now & Next, we review the latest research, provide impartial insight and analysis of current trends and provide predictions for the future of advertising and marketing technology. This feature focuses on Video on Demand.

As with any form of advertising, video (both VoD and video display) has its fair share of problems; from lack of supply and lack of demand, to issues with viewability, fraud, and ad blindness. However, it would appear that video has overcome many of these teething problems and is embarking on a new era, one of innovation and growth. In fact, video advertising is the fastest growing sector of the advertising market.

Digital video is now commonplace, consumers are viewing more hours of video content on more connected devices than ever before, and data from the IAB shows that the UK online video advertising market has grown 734% in the last five years and is now said to be worth £442M.

According to the IAB’s ‘Mobile video usage: A global perspective’, consumers are increasingly viewing longer-view videos on their smartphones, contrary to the oft-held belief that short videos dominate viewing on smartphones. Thirty-six percent of respondents report watching videos lasting over five minutes daily on their phone, whilst many others report that they watch TV episodes, and even full movies, on these devices. One of the fundamental reasons for this is likely to be the increase in popularity of smartphones with large screens and improvements in 3G and 4G coverage and WiFi availability.

Interestingly, 22% of people viewing traditional TV are doing so whilst simultaneously watching a video on their smartphone, a behaviour known as ‘dual-screening’; which is an emerging opportunity for marketers. It’s an opportunity that is not to be missed, with 14% of respondents stating that they discovered video content through advertising.

How does VoD measure up?

Over the last two years, there has been a change in how video media buyers evaluate the success of their campaigns. In 2014, research from Collective revealed that the most popular metric used to measure the success of a campaign was view-through rate, chosen by 52% of video media buyers. In 2015, this figure had dropped to just over a third (35%). In 2015, marketers have moved away from using digital metrics, instead preferring to use TV success metrics to judge the success of VoD campaigns. Twenty-five percent of respondents said that incremental reach, over and above TV, was the primary measurement for success, up from just 16% in 2014. Furthermore, in 2014, when asked what was required to facilitate increases in VoD spend, 55% of respondents placed an emphasis on the need to link TV and digital (drive incremental reach versus TV, and bridge the gap between TV and digital). In 2015, this had increased to 63%.

Recent research by Forrester, commissioned by Teads, found that 70% of agencies and 77% of advertisers indicated that their video spend will increase in the next two years. Collective’s research identified the top three most important factors for driving increased VoD spend: proof that VoD delivers incremental reach versus TV (36.9%); bridge the gap between TV and digital campaigns (26.2%); and increased levels of distribution across devices (12.6%). Speaking exclusively to ExchangeWire Research, Justin Taylor, UK MD, Teads commented, “some agencies are shifting from using VoD as a way to drive incremental audiences after TV, to using TV to drive incremental audiences after VoD”.

Forty percent of VoD buyers report that they buy less than 25% programmatically, according to the most recent research from Collective. Teads’ research reveals that 70% of advertisers believe that outstream advertising opens up more programmatic inventory; with 60% of media company respondents stating that it has enabled them to open up programmatic trading.

It used to be that broadcaster platforms were the preferred place to buy VoD, as they typically presented a lower level of risk when it comes to brand safety (63% of respondents in Collective’s research cited content and brand safety as the most important factor when buying pre-roll). However, Collective’s latest report shows that the majority (61%) of VoD buyers now allocate less than 50% of their budget to broadcaster platforms. This change has been driven by increased transparency from non-broadcast platforms and resistance to bullish tactics from broadcasters who used to demand VoD buys as part of TV buys. With video budgets increasing, the fall in budget allocation to broadcasters means that budget is shifting to non-broadcasters and programmatic offerings.

Only 5% of media buyers only trade VoD, the majority are multi-skilled

Buying VoD advertising requires consideration of traditional TV metrics, as well as an understanding of digital capabilities. Agencies and brands have adopted different tactics when it comes to VoD buying. Just 5.8% of Collective’s respondents report buying only VoD, with the majority (56.3%) buying VoD and digital and a smaller, but still substantial, percentage (37.9%) reporting that they buy VoD and TV.

One way to decide whether VoD buying should be done by the TV team or the digital team is to look at the campaign objectives and align the buying to the team with the most experience working to those objectives.

However, for VoD to meet its full potential, we believe that the buyer needs both TV skills and digital skills; and there is a demand for technology that enables centralised programmatic VoD buying, while also facilitating supplier-buyer communication and relationships.

Furthermore, in order for brands to get the most from any form of media, there needs to be holistic planning across all channels to ensure that consumers receive consistent messaging and there is a genuine frequency cap in place that spans media types.

What does the future of video advertising look like?

Video advertising need not be limited to repurposed TV ads, there are many video ad formats available to marketers that offer more creative options. Programmatic + creativity + multiple ad formats could lead to effective and unique video ads, capitalising on the medium instead of merely imitating TV.

There will be a shift. Marketers will no longer think of VoD as broadcaster or non-broadcaster, but premium or non-premium; the distinction being drawn based on brand safety and content.

As investment continues to increase, advertisers will demand intelligent solutions that work across screens to target audiences they have not already reached. As this capability becomes the norm, the requirement for sequential messaging solutions will grow. These two things will be best executed by those brands and agencies that have invested in multi-skilled teams with both digital and TV buying savvy.

All too often, when it comes to attribution, media channel teams deploy point solutions and they often compete with each other, resulting in suboptimal decision making. If every channel is measured through one centralised attribution solution (possibly combined with a data management platform or DMP) from the outset; marketers will be able to understand the contribution of each channels, and make smarter, informed decisions about budget allocation, targeting, messaging and bidding.