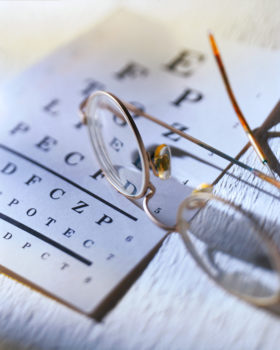 Recent research showed that the market wants to see viewability ratings of over 70% across all ad formats as a standard. The research, commissioned by Sublime Skinz and conducted by Theorem, also revealed that 63% of participants believe inconsistent measurement standards are causing viewability issues across the industry. ExchangeWire speak exclusively with Lisa Menaldo (pictured below), managing director UK, Sublime Skinz about the research findings and what needs to happen to ensure that viewability is brought under control.
ExchangeWire: What are the key challenges of viewability measurement and how effectively are current solutions addressing them?

Lisa Menaldo: As viewability concerns have grown, so has demand for measurement systems that offer maximum assurance that ads will have the chance to be seen. Right now, the predominant solution is considered to be the cost per viewable impression (vCPM) model, which only charges advertisers for ads that are deemed viewable. Indeed, our research — conducted in partnership with Theorem — shows 56% of ads in the US are already traded against a viewability metric.

But, while this shift is a positive development, current systems have their challenges. The chief issue identified by respondents was that viewability guidelines are often effective for standard display units, but do not cover non-standard ad units, such as video, native ads, and wallpapers, which means ratings for these units are much lower. The second most cited difficulty was the fragmented nature of the ad tech market, which creates inconsistencies in how viewability is gauged — making it even harder for advertisers to gain a complete and accurate view of performance.

So, if present standards are insufficient, what are the next steps?

The findings highlight that, while existing systems go a long way to making viewability quantifiable, more needs to be done. In fact, a quarter of respondents felt the current IAB standards only represent the starting point for effectual viewability measurement and more a stringent market-wide standard is needed.

It is, therefore, vital for the industry to work together on new viewability guidelines that: address the requirements of both regular and rich-media formats, implement clear regulations for all vendors to follow, and raise the standard of viewability by expanding the range of metrics used, and percentage of an ad that must be in view.

Your research shows that the market would like to see a viewability benchmark of over 70% across all formats – is that realistic?

Although 70% is a high target, it is not impossible, and there is certainly room for improvement if we can take a different approach to viewability. The IAB-MRC standards state that half of an ad’s surface must be in view for a minimum of one second; but what is the value of the 50% users see? By refining metrics to focus on whether the most important elements of an ad are in view, such as visuals, baselines and logos, the industry can move towards a system where ads have a better chance of being rated viewable and the exposure they achieve makes a real impact.

This is the driving concept behind a new method Sublime Skinz has recently introduced, PayLoad Viewability, which evaluates the quality of exposure and allows brands to see if integral elements are displayed. This not only delivers insight into present performance, but also provides information that can be used to alter creative and enhance the probability that core aspects of the ad will be viewable in the future.

Yes, very much so. In the pixel-focused system, the ads most likely to capture user attention, like homepage takeovers (HPTO), or skins, are not considered sufficiently viewable by current standards. Yet, our research shows these high-impact units deliver the best results for key brand metrics, driving higher recall, engagement, lift, exposure, and time spent with an ad.

This means brands are missing out on the opportunity that innovative formats offer to provide an inspiring user experience, because standard display units are classed as more viewable — and in the current climate — more successful. In fact, 75% of those who took part in the study felt it was vital to incorporate non-standard units in viewability measurements and were reluctant to invest in the creative formats not currently covered.

Is there a disconnect between how brands and suppliers are dealing with viewability? 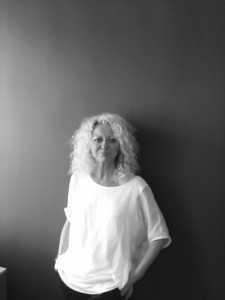 Brands and suppliers have their own priorities when it comes to trading digital media, so it is to be expected that their perceptions will not be entirely aligned. The research, however, highlighted one core point of friction: variations in viewability assessment. More than 40% of respondents said inconsistent vendor standards have had a large impact on creating viewability discrepancies in campaigns. With such a high margin of inconsistency, it’s easy to see where disagreement and confusion about ‘what is viewable’ comes from, and such discord can lead to mistrust.

Do you think viewability will continue to dominate performance evaluation in the future, or will the range of metrics expand?

The overwhelming consensus of the study was that, even though viewability is a crucial measure, there is too much focus on whether ads are visible and not enough on other metrics. Half of respondents agreed it is only a prerequisite for an ad’s chance to engage; and almost 60% felt the market should be placing as much focus on brand metrics as on viewability to ensure it prioritises the right blend of measures.

Consequently, the future is likely to see a move away from viewability-centric evaluation and towards robust campaign management that reflects brand’s unique key performance indicators (KPIs) and includes sophisticated engagement metrics.

This will also enable brands to leverage the high-impact formats that perform well against these indicators, opening up campaigns to a wider spectrum of creativity and allowing brands to build campaigns that are not just viewable, but also effective.