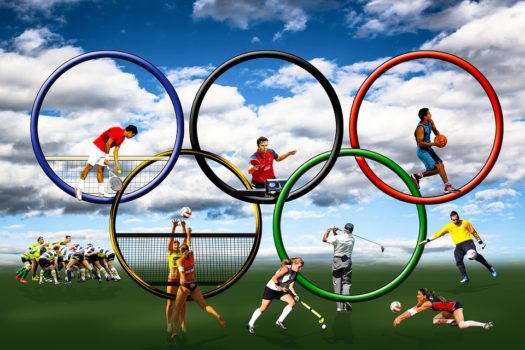 More than in the World Cup, during the Olympics all eyes will be focused on Brazil: more than 5.6 billion people around the world will follow the games on various mobile devices. While TV inventory is still limited, digital brings a unique opportunity for Brazilian and international brands to reach their audiences in the online world; but that seems somewhat overshadowed, due to the political and economic crisis facing Brazil. Originally published on ExchangeWire Brazil, ad techs and digital companies discuss the impact and legacy of the Olympic event for the Brazilian digital market.

The estimate above is part of a study released by AppNexus, which already categorises the Rio Olympics 2016 as the most watched and spoken about in history, thanks to the advancement of second screens. It is expected that 33.9 million followers on social media will use multiple devices to watch the games, generating more than two billion impressions on Facebook, Twitter, and Instagram.

"If we consider digital will be the second screen during games, we can guarantee this will be the best time to reach potential consumers online, in real time, and combined with important moments during the games", said Lara Krumholz, director general of DynAdmic in Brazil. According to her, advertisers recognise the opportunity, yet the advertising strategy of Brazilian brands is quite shy so far.

DynAdmic already has closed contracts in Brazil – especially with sports, services and consumer products brands across LATAM and Europe – but it is expected that new contracts, already in the final stages of negotiation, will be approved as the event approaches. However, there are differences in strategy: "In Europe, brands began to finalise their Olympics strategy once UEFA had ended and we have advertisers with ads on the air. Unlike Brazil, which has been more cautious with investment in the event and is expected to increase activity closer to the start of the games."

DynAdmic forecast that Olympics-related campaigns represent a 20% increase in revenue for them in Brazil in August. This is driven by technologies that enable brands to reach the digital audience that is also watching the games, enabling real-time synchronisation with game moments and TV broadcasting.

Fernando Tassinari, CEO of Criteo in Brazil, notes an interesting phenomenon that has been going on throughout July, "similar to what happened in the 2014 World Cup, we have seen a considerable increase in revenue, of about 34%, in the four weeks before the Olympics within the travel segment. In the other segments, we are not seeing big changes".

In the past few weeks, Criteo experienced a significant increase in investments in the travel sector, including OTAs (Online Travel Agencies), hotels, travel searchers, airlines and online booking systems. Criteo expects this pace to be kept up before, during and after the Olympic games – especially for tourists extending their trip in the country. "The use of digital, searches, app downloads, and education about the best Olympians will all benefit in the short, medium, and long term", points out Fernando Tassinari.

When comparing 2016 with the London Games four years ago, the penetration of mobile and internet use in these devices has increased considerably. This becomes clear when we analyse the behaviour of the fans of the most popular sport in Brazil, football (soccer): a recent survey by Teads in the final match of the Copa America 2016, shows that football fans spend as much time watching the game as consuming news online about it. "This means that brands can take advantage of sites to extend their communication before, during, and after the live event", adds Caroline Hugonenc, global VP of research at Teads. As a result, Teads are directing their efforts to seize the full potential of mobile during the Olympics, focusing on more suitable, and less intrusive, formats for small screens.

In general, the entire digital market holds huge expectations for the Olympics. However, the political and economic scenario of the country shakes the confidence of advertisers, inevitably leading to a reduction in investment. Hugonenc remembers that doubt is not very good for the advertising market. "We can see this in Brazil, but also in Argentina, Venezuela, and even in the UK, which just voted to leave the European Union."

"We expected significant growth in advertising investment in the Olympics, especially in digital investment. The IAB noted a 12% growth last year and hopes to repeat 12% this year. We expected more. It's hard to feel the effect of the Olympics! Wouldn’t we have grown even without the games?", asks Peter Gervai, director of AppNexus LATAM.

In preparation for Rio 2016, AppNexus set up special proposals for their American and European customers, according to Gervai, which were well received. In Latin America, ad tech businesses are careful not to concentrate specifically on the Olympics, considering the market is still maturing and incorporating the advantages of programmatic media usage – they are restricted by not only needing to lower campaign costs, but also improve efficiency.

If the movement of the market appears below expectation for ad techs, some companies in the digital market are experiencing a different scenario. This is the case of Zoomin.TV, an online video content network, which expects a 40% increase in sales thanks to the event. "Rio is already in the mood of the Games. The press, journalists, sponsors and athletes are already in the mood and this Olympic and sporting spirit will reverberate across Brazil, through the media. Brazil will be the most important country in the next 15 days", says Paulo Leal, country manager of Zoomin.TV Brazil.

Over 45 days, they will produce local and international coverage of the event – with everyday reports broadcast on TVs from Germany to the US. For Rio de Janeiro, a specific format has been created to deliver two million views in the city over the next 20 days to brands with interest in video coverage on news portals, YouTube, Twitter, and Facebook. Zoomin.TV also use geolocation to optimise online local media in online videos. "We prepared for this and it will be a great result in audience and revenue during the Olympics", says Paulo Leal, highlighting projects such as a web series produced for Panasonic, the official sponsor of the event, Banco Original campaigns with Usain Bolt's theme, and other online campaigns around athletes and the event, as responsible for dramatically increasing sales in July and August.

The Olympic Games will also be a great opportunity for Aidax, a startup that has partnered with Linktel Corporate, a Brazilian wi-fi operator responsible for deploying hotspots and internet access points across Rio de Janeiro during the event. Creator of a technology that helps companies to monitoring the behaviour of their customers on websites and other online environments, Aidax will be responsible for optimising the investments of advertisers in the Linktel network during the Olympics.

The opportunity will be a great gateway for the Aidax technology, since there will be a greater concentration of people in the city, including foreigners. Based on data analysis, the company can provide advertisers an average of 40% improvement in ROI, explains William Sertório, product manager at AIDAX. "In the World Cup there was a certain financial optimism, now in the Olympics everybody is speaking about crisis and recession. Money is scarce and in scenarios like this we need to act smarter and base actions on facts, not opinions. The Olympics will help consolidate the use of metrics and data analysis before making a marketing decision”, says Sertório.

The Olympics represent the possibility of increased future investment. "Frankly, we expect the Olympics to be a success for Brazil to be seen again by the markets as a country of opportunities and potential growth. Our race for Olympic gold wants to leave behind the political and economic crisis, and we want to return to the podium of the countries that attract more investments", concludes Peter Gervai, from AppNexus.