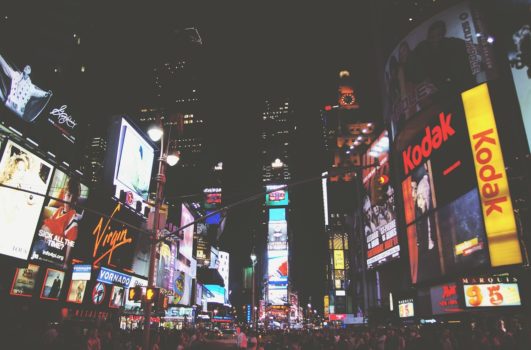 Digital Out Of Home has experienced incredible growth and no less in the vibrant, connected, and visual city of NYC. However, writes Ben Putland (pictured below), COO & MD USA, Grand Visual, exclusively for ExchangeWire, the medium is still lacking in the creativity stakes. Drawing from his global experience of producing award-winning campaigns for the likes of Amazon, Google, and Disney, Putland explains how New York City needs to set an example for the rest of the industry, which needs to embrace collaborative working practices to drive creative standards.

In the last ten days, I’ve travelled extensively by plane, train, automobile, and bike. I’ve been to four states, on both coasts, and encountered thousands of adverts. These ads were not viewed on my laptop, thanks to an ad blocker, nor on my phone, where I run very few free apps, and I didn’t see them on TV, thanks to the fast-forward button on my DVR.

What I’ve seen are thousands of Out of Home (OOH) ads, both print and digital. This may not surprise you given that the US is the world’s largest OOH advertising market, by revenue. Impressive digital OOH (DOOH) growth continues to buoy the sector and is set to capture 53% of total US OOH ad spend by 2018, per eMarketer.

But, as I travelled about, I got a nagging sense that the creative evolution of the medium has not kept apace with the technological advancements, and that brands are not making the most of the medium's fully expanded, digital feature set now on offer.

Back in New York City, the pace of change across the DOOH landscape is breathtaking. Driven by significant investment in the realm of nine figures, NYC is by far the most valuable OOH market in the US. Its population density and extensive public transport network, make it an atypical American city, and the scale of investment going into the city's DOOH architecture is a testament to this.

The opportunity to turn the whole of Manhattan into a digital theatre, where a brand can tell its story, will soon be the biggest and best opportunity in the world. Consider what’s already there: the New York City Subway is at the forefront of the US’ transition to DOOH formats. Screens are ubiquitous across the network's platforms and stations, providing essential customer information and offering high-value display advertising.

The Westfield World Trade Center recently opened with a single screen that’s over 280 feet long, in addition to the rest of their downtown 'DOOH District'. Intersection’s LinkNYC has new kiosks popping up every day and with free wi-fi usage now surpassing 576,000 people, and still growing. Outfront have their Hudson Yard network, JCDecaux are adding more digital transit shelters to their network and other large format displays are constantly appearing.

The digital inventory is there, as well as addressability through platforms such as OpenLoop. When you combine this with the additional plug-in features, such as Wi-Fi, multi-screen synchronisation, full motion, geofencing, mobile and social integration, live feeds, closed networks, and multiple attribution methods, it is clear that advertisers have a huge choice before them. 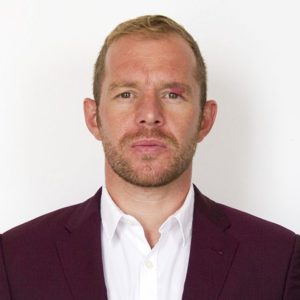 Going beyond DOOH’s impressive broadcast capability, the infrastructure is now there to facilitate smarter, more intelligent communication. It’s a much richer canvas on which to tell brands' stories. Dynamic, interactive, and data-driven campaigns, reflecting real-world events in real-life environments are now possible. For advertisers looking to make a splash in NYC, it means you can connect with consumers via multiple formats, touchpoints, and technologies during the course of their day.

As data becomes increasingly important, there is a real opportunity to harness the ‘Context Effect’, where dynamic and locally relevant conditions can inform and drive content and supercharge campaign effectiveness. With its public, high-impact presence, DOOH is perfect for Dynamic Creative Optimisation (DCO) and the medium deserves a fresh and engaging creative approach that resonates with context and audience mindset.

Programmatically informed creative is already making in-roads in the US. Earlier this year, Amazon launched a people-powered DOOH campaign for Catastrophe, inviting the public to tweet in their favourite themes from the series, like #Sex or #Romance. A live poll mechanism then delivered trailers tailored to audience preference, continually adapting and changing over the course of the campaign, according to audience interests.

Google Play Music took this a step further when they delivered the first programmatically informed DOOH campaign to span four states and multiple media vendors. The initiative saw premium roadside and city centre screens behaving in a similar way to the music app – offering perfect soundtracks based on the consumer’s mindset in that moment.

The campaign used multiple triggers, including real-time traffic data, weather, location, and time of day and OpenLoop delivered the contextually relevant playlists. Suggestions included Classic Rock Wake Up Call during the hectic morning rush-hour in Chicago, The Overcast Feeling on a cloudy day, or Hot Miami Nights: Latin House on a clear Friday night in the sunshine state.

Whilst it’s not surprising that heavyweight digital brands like Google and Amazon are leading the way with smarter dynamically optimised DOOH campaigns, the same benefits can be leveraged by any brand. The scale of investments being made in the DOOH infrastructure in NYC mean that this is not a medium for only the brave; the risks are low and the rewards are high. Now is the time to embrace the technology and the burgeoning opportunities that make DOOH such an exciting space in which to work.

DOOH has the potential to play an integral role in NYC’s modern, wi-fi-enabled 'smart city' infrastructure. But, navigating this increasingly complex landscape, and making it all work together with brilliant creative is an art form in itself. Whilst landmark campaigns from Google Play and Amazon will help to spur the market on to thinking more about DOOH as a smart, real-time, data-driven medium, at present, DCO campaigns remain the exception rather than the rule.

It’s time to tear up the traditional outdoor creative handbook and embrace the brave new world of DOOH – it’s a new way of thinking. Creative agencies are best placed to drive the growth and adoption of this new world of DOOH, alongside production specialists and media owners, who can provide the insight and know-how to handle the nuances of the medium.

One of the first important steps is prioritising your data strategy over your creative one. From a creative perspective, we can access an enormous amount of data to contextualise copy. There’s location data, third-party data, and brand-owned data, including pricing, stock levels, and retail stores. Through these layers of data, we can exploit the ‘Context Effect’ – providing dynamic, data-driven, and locally relevant information.

To realise DOOH’s true creative potential, the industry needs to adopt a new cohesive approach to working – based on a frequent interface between agencies, production houses, and media owners. More broadly, the market needs to attract those from a digital background, whose expertise will help to boost new creative ways of working. The most successful projects feature true collaboration with all stakeholders working together.

Digital OOH plays a key role in creating exciting, modern, and memorable cityscapes. Nowhere is this more visible than in NYC, where the medium continues to evolve at breakneck speed with a sophisticated, world-leading DOOH infrastructure in place.

Now is the time to make NYC a leading light for creative excellence. To do this, we must embrace a new collaborative way of working, and we must challenge every brief response with smart digital enhancements. Only then can we drive creative standards and help spur the medium onto a more dynamic, reactive, and relevant future – a future which will see the city’s agencies topping the leaderboards of outdoor advertising award programs around the world.