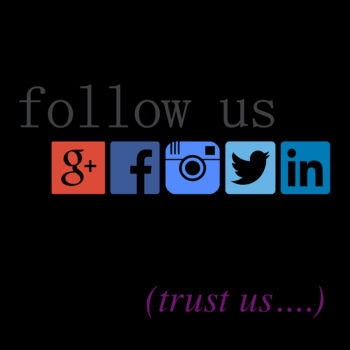 What was the first social network you fired up this morning? Whether it was Instagram, Twitter, or Facebook – chances are you were duped. As you scrolled through dozens of photos and status updates, it is likely that many of them were not spur-of-the-moment missives sent by their account-holders but, rather, marketing messages sponsored by other brands. Whether it is PewDiePie endorsing a video game, or DJ Khaled promoting a vodka brand, this kind of approach is now a big deal. Solberg Audunsson, co-founder & head of product (pictured below), Takumi, offers brands a 8-point code of conduct on how to achieve a campaign that creates successful outcomes, whilst erring on the right side of transparency.

There is nothing shady about influencer marketing. Indeed, my company exists to connect brands with influential social media posters. It is a great way for companies to reach younger audiences with honest content.

But what is all too often dishonest is how many marketers and influencers ignore the requirement to disclose paid sponsor relationships like these.

I think social media users deserve to know the true nature of a post. And the authorities agree. In the UK, the advertising CAP Code states that, where an influencer has a contractual obligation to promote messages for a brand, the nature of the relationship must be made clear, using a tag like '#ad' or '#spon'.

In the US, the Federal Trade Commission echoes this view. Their guidelines warn that undisclosed influencer relationships are deceptive under Section 5 of the FTC Act if they mislead a significant minority of consumers, thereby making overt disclosure using a similar kind of tag or notice a requirement. 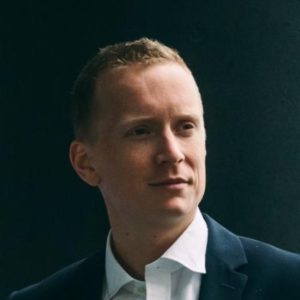 So, why do so many instances of paid influencer marketing go undisclosed?

Pop star Selena Gomez, whose paid Instagram photo of her sipping a Coke was the network’s most popular ever at the time last year, swiftly edited her captions to disclose '#ad', after the brand and the celebrity – who reportedly charges USD$550,000 (£442,900) per post – were told about the disclosure requirements. That the parties involved in such public campaigns, and eye-popping sums, were not aware ahead of time is indicative of the problem.

The tragedy about this practice is, by its very nature, we don’t know the true scale of the problem. According to one estimate, around 300,000 Instagram posts last July used tags like '#spon' or '#ad'. But disclosure doesn’t tell us the scale of non-disclosure.

What I do know is, in my experience and from my proximity to the practice, abuse is rife. I can spot a sponsored status update a mile off – but in Poland and South Africa, for example, it is extremely rare to see any kind of disclosure at all.

There is a possible explanation for this mass deception. The advertising regulators have tried to move fast to respond to the evolution of this new marketing channel in a way that guides, rather than mandates, specific disclosure language. After all, some platforms allow for lengthy text, others only 140 characters, and some only for text overlays in images.

But the platforms that make up our social media ecosystem are now settled, and the rules can be tightened to settle on a specific tag or disclosure line for each specific platform, now that things are no longer in flux. At my company, we have already settled on requiring our partners use the disclosure '#ad'. Now the rest of the industry should coalesce around accepted terms.

There is upside, not downside, in doing so. Both brands and influencers who don’t appropriately disclose paid relationships are not doing themselves favours – they are opening themselves to risk. Each risks a loss of trust from the followers they have worked hard to build up – and it is common for loyal followers to click that dreaded 'unfollow' button on realising the wool has been pulled over their eyes.

Here in Iceland, we are a small community; and, when people suspect popular social influencers of taking money without disclosure, it doesn’t take long for the chatter to reverberate around the island. Recently, many social media users suddenly started posting about baking cakes with a new dough product, raising much suspicion about the true nature of the posts. This is the sort of rumour that can kill a campaign.

Until the regulators are more stringent to mandate specific and simplified disclosure language, it will fall on the industry to police itself to avoid this reputational damage, whilst continuing to benefit from the positive effects of influencer marketing.

So, to achieve a campaign that creates successful outcomes whilst erring on the right side of transparency, brands engaging with influencers should follow this code of conduct:

1. Make influencers aware of the regulations around promoted posts and ensure that they clearly identify them as an advertisement using '#ad', '#spon', or a similar, industry-recognised hashtag.

2. Ensure that any paid-for posts clearly indicate a brand has paid for the endorsement or promotion.

3. Always respect the honest opinions of influencers about your brand in their content.

4. Don’t work with influencers who are in conflict with your brand’s ethical views, or who you would otherwise never do business with.

5. Don’t work with influencers who buy or artificially inflate their follower count or engagement through paid-for or 'like-for-like' means.

6. Agree on the messaging for any campaign beforehand to ensure your content is well evaluated and there is mutual gain from the activity for both brand and influencer.

7. Always work with influencers collaboratively to ensure there is a clear campaign brief for any promotional content.