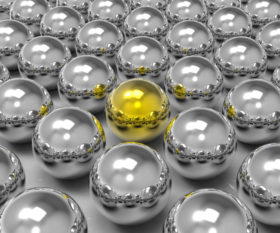 Programmatic marketplace optimisation continues to force change across the buy and sell side of the ad tech ecosystem, as deal flow stayed active over the summer months. Signs of consolidation and/or specialisation (buy or sell side) are abundant; in other words it’s ‘go time’ for many companies in ad tech. We have officially reached the awkward stage of adolescence as an industry and the next growth spurt will reveal what a more mature marketplace may look like as the world comes into focus, writes Chris Karl, CEO, VertaMedia.

As a baseline to this post I think it’s important to establish the two biggest factors driving change in the marketplace: supply-chain transparency (driven by advertisers like P&G), and the ad tech tax (highlighted recently by the ANA) are derivatives of a marketplace that was designed to sell remnant advertising, and has evolved to support premium inventory channels and quasi private marketplaces. To understand how we got here one must consider how programmatic demand, which by definition is selling through intermediaries, has slowly climbed its way to the top of the food chain on the supply side. Quickly deployed points of access (tags in ad servers), enabling a multitude of middlemen to operate simple supply-side technology platforms (SSPs), and a generally passive customer (the publisher) supporting a business model that delivered dollars at any cost (revenue sharing through intermediaries).We covered the changes in programmatic access in our last ExchangeWire piece.

Most publishers have seen substantial growth in programmatic revenue over the last decade, yet until now, most have not considered the trade-offs in terms of control, margin, and transparency. It’s easy to understand why. Most publishers don’t really understand (or worse have been misled around) the mechanics of the programmatic buying and selling process. Most of the recent noise and complaints pertaining to transparency and margin erosion have been created by advertisers. It’s time for publishers to take a more proactive stance to solving these fundamental challenges. Certainly the Ads.txt movement is a step in the right direction; a good defensive move to authorise which middlemen are allowed to sell your inventory. But will this be enough? The end result of this process will further cede control of the seller’s monetisation process by anointing the intermediaries that will bring inventory forward to buyers, with no stipulation as to who those intermediaries will sell to. The solution leaves the duopolies firmly in control of the majority of ad spend and makes many publishers yearn for the days of the ad network deal as a means to monetise inventory.

A few years ago we saw the rise of the self-directed advertiser, who hired programmatic experts and licensed DSP technology to bring media buying in house. This was a proactive move made by educated buyers that committed to sharpening their skills AND created a level of control and independence that would help them understand the underlying mechanics of what was required to procure media using technology. Some of these clients have thrived and some have failed. But at a minimum they have become deeply educated in all aspects of programmatic media buying. Where is the modern day equivalent on the sell side of the market?

The self-directed publisher is a unicorn in today’s marketplace. Most publishers have outsourced their monetisation to a partner that takes a revenue share for every single transaction, even Private Marketplace deals that are sourced by the seller. Most CRO’s and CFO’s at media companies don’t understand what is being left on the table by selling through intermediaries. Technology independence is a logical path forward for sellers with premium assets and a basic understanding of the marketplace. It will allow publishers to mitigate the leverage being held by the duopolies and intermediaries that are sucking the life out of them.

What are the steps towards publisher technology independence?

Firstly, publishers must clearly understand from where their biggest customers’ dollars originate – in their respective DSP’s; holding companies are organising their efforts around a handful of them.

Secondly, they must understand the various points of access for their customers to buy their inventory (tag, header, server). There are advantages and disadvantages to each – reach out to me if you would like to discuss.

Thirdly, publishers must get as close to that buyer as possible, by integrating directly with technology they control – I call this ‘holistic demand management’ and will be previewing the technology at the dmexco conference next week.

Finally, and perhaps most importantly, publishers must commit to integrating their direct and programmatic sales and operations organisations, and rewind the clock back to 2006, when they had control of their sales process and knew their buyers. The idea is to sell audiences rather than impressions. This can be accomplished with the right technology augmenting the core ad server and you don’t have to do this through revenue sharing models. The holding companies have integrated their trading desk operations and it’s time for the publisher to do the same. The time is NOW for publisher technology independence.