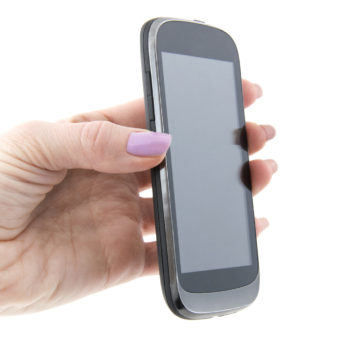 Fraud remains a key threat to the digital advertising world and has been a pervasive hazard throughout its history. Where app promotions are concerned, the problem is particularly acute. New forms of attribution fraud have quickly emerged that are far more complex than their equivalents in the wider digital environment. In this exclusive piece for ExchangeWire, Noelia Amoedo (pictured below), CEO, Mediasmart, writes about how to avoid fraud when promoting apps.

With some studies suggesting that 40% of a typical advertising investment ends up being fraudulent, awareness of the scale of the problem in the in-app world is growing, and many are starting to realise the full extent and impact on advertisers, of this type of activity.

Although there’s a long way to go, a series of factors have aligned that suggest we’re approaching a turning point. Certain advertisers in the app world have already issued lawsuits and gone public with certain networks’ malpractice and tracking; and a growing range of attribution solutions have been produced to tackle and identify fraudulent practices.

But firstly, let’s be clear on the challenge. Attribution examines the efficiency of a media channel. With mobile-app advertising, most attribution systems in mobile-app marketing use a last-click-based attribution model. This means that user action is attributed to the channel that delivered the ‘last click’ that indicates intent towards a product or service. 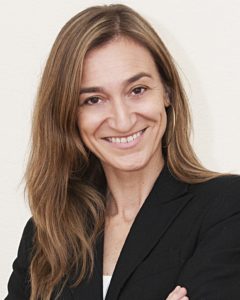 Last-click attribution has many limitations, although none of them is limited to the mobile world: what if, for example, a user clicks on ad from channel X just because she saw before four ads from channel Y and those four were critical to make up her mind? In any case, when huge advertising budgets are spent to achieve this last click before an app is installed, or an online purchase is made, it’s imperative that the definition and measurement of such clicks is accurate.

Unfortunately, within the digital advertising ecosystem, and particularly where app promotions are concerned, there are numerous practices designed to mislead and distort attribution systems. These range from the purely unethical, at one end of the scale, to the entirely illegal at the other.

The first example of this are creatives that generate forced clicks. Here, a typical interstitial asks users whether they’re interested in a product or service, or not, then forces the user to click YES or NO in order to navigate away from that page. Those who use this avenue generate many more clicks than others who don’t. And the playing field is distorted even further, with last-click attribution schemes, giving a hundred times more probability of getting organic installs or installs coming from other advertising channels attributed to them.

Another example is that of creatives that generate auto-redirects to an app store: that is, a user is redirected to the app store after seeing an ad and without clicking on it. Whilst this increases conversion rates for the provider, it also creates a highly disappointing user experience that’s likely to throw a negative light on any brand.

A great deal of fraud now also stems from networks that generate click injection or click spam. By simply sending a lot of made up clicks, or by generating clicks at exactly the right time, providers using this practice can attribute what would most likely be organic installs or installs legitimately destined for other providers, to themselves. In the worst cases of this type, advertisers end up paying for acquisitions that were coming to them for free.

Another fraudulent practice that distorts in-app advertising ROI has to do with publishers generating false user identifiers that continuously change. They can send an offer for an ad space with a different native user ID each time, making it virtually impossible to see that the offer is actually coming from the same phone. The practice is a popular one for fraudulent publishers because they can generate a great deal more revenue in regular campaigns that only look for impressions or clicks (the publisher will not be subject to frequency capping) and can also benefit from a larger number of installs if they are sophisticated enough (as we frequently see with click farms). Companies that fraudulently generate income in this way innovate constantly to avoid exposure; and given the lack of transparency in the market and the abundance of intermediaries, it is often extremely difficult to identify them.

The impact of frequent combinations of these practices has an extremely negative impact on our market and the players that operate within it. It results in advertisers overpaying for media-buying services when they’re typically looking to pay for organic users, and it also results in unrealistic expectations concerning acquisition KPIs.

On this wide level, it also creates significant imbalance in the competitive landscape. Ethical suppliers struggle to compete in the market and those who apply the most effective ‘tricks’ end up benefitting. This has created a great deal of generalised confusion, which has been magnified by the fragmentation and lack of transparency that prevails in the ecosystem.

So, what’s the solution? Advertisers who are fully aware of, and opposed to, these practices can, and should, establish a closer relationship with transparent and trusted technology suppliers. This will allow them to, firstly, measure not only clicks and installs, but also impressions, to make sure they catch those with unhealthy CTRs (forced clicks) and minimise the effects of potential ad fraud. It will also enable them to more easily detect fraud. Nowadays, all reputable attribution companies in-app offer a fraud-detection solution. Advertisers should ask them specifically how they detect and address the main challenges.

It’s also vital to request granularity and transparency in everything they do, by demanding that they buy media and optimise with 100% transparency. This should even include, for example, the time elapsed between clicks and conversions or installs, because install metrics (and particularly the time difference between the user click and the install event) can be a valuable marker to illustrate potential fraud tactics. For absolute certainty on an advertising investment, it’s also worth looking at how to minimise the number of links in the value chain, and removing those that appear to purely be intermediaries.

Ultimately, the trick is to work with attribution partners who can see through the problem; and it would be great if all of them agreed on certain standards. They can use algorithms to identify a normal distribution for an app and flag suspicious activity – ideally in real time – for closer analysis. With clear insight into click-to-install behaviour, which should include granular information, advertisers can have informed conversations with networks that they believe might be leveraging suspicious installs.