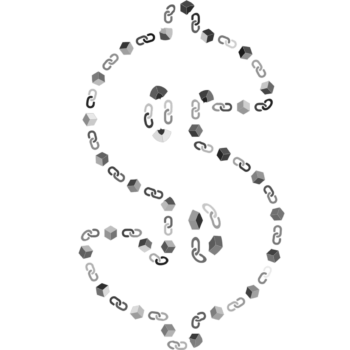 Blockchain is a revolutionary technology that will transform the way we exchange value. However, writes Carolina Abenante (pictured below), president and co-founder, NYIAX, exclusively for ExchangeWire, in order for it to clean up the inefficiency and fraud plaguing ad tech, stakeholders must first understand and embrace self-effectuating, or 'smart', contracts.

Consider a common horror story. An advertiser’s ad runs on a site with hate speech. But the investigation the advertiser conducts stops at an opaque wall – one that may as well be painted with a figure whose arms are pointed in all directions. 'No one party is to blame; the entire system is at fault'. Curiously, publishers run into the other side of the same wall, even though they’re supposed to be the advertiser’s ultimate counter-party. While the architecture of programmatic advertising connects publisher with advertiser, there is no contractual connection binding parties to a mutually agreed upon set of rules. Consequently, the marketplace isn’t just chaotic, it’s lawless, allowing waste and fraud to proliferate. But to understand how smart contracts can help bring transparency and accountability to ad tech, we must first understand what is meant by 'smart contracts'.

You’ve been using smart contracts your whole life, just not at scale

A smart contract is merely an agreement that is self-enforcing. When all predetermined conditions are met, the agreed upon action is taken. Vending machines are a classic example. If you put money in the machine and make a valid selection, then the machine will release the selected item. 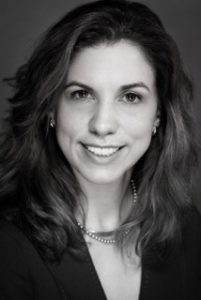 As with computer code, the logic that underpins a smart contract can be scaled up to self-execute increasingly complex transactions with multiple stakeholders by writing the terms of those agreements into the blockchain. For those transactions, the blockchain serves as an immutable ledger that both records each contractual step and automatically triggers the next agreed upon action or actions. The real estate escrow process, for example, could be shifted to a smart contract that transfers funds and title automatically the moment hundreds, or even thousands, of terms are resolved to the mutual satisfaction of buyer and seller. This is why blockchain is already disrupting the real estate, finance, and insurance industries.

Advertising contracts are custom jobs. They shouldn’t be.

The rise of programmatic has commoditised the advertising business, but the contracts governing those media transactions are created on a custom basis. The work required to create such contracts is costly and inefficient, especially given the speed of advertising today. But costs and inefficiencies at the deal stage are minor, compared to the resources needed to execute, reconcile, and settle the transactions post-contract. According to one estimate, ad tech stakeholders spend 42% of their resources on back office functions required to deliver, track, and reconcile their media buys. By transacting through smart contracts on a shared blockchain ledger, stakeholders can more easily automate repetitive back office functions and free up resources to put to use elsewhere.

Smart contracts can also bring much-needed transparency to the ad-tech marketplace. One obvious limitation of custom contracts is that it’s impossible to bind all stakeholders to the same set of rules. Rather than negotiating one-off agreements that are meant to bind stakeholders who do not know each other, a blockchain ledger functions as a shared set of mutually agreed upon, global rule sets capable of governing an unlimited number of transactions. In that scenario, once publishers and advertisers set the rules, they can instantly pinpoint and address instances of fraud or abuse.

At the moment, cryptocurrencies are the most visible use case for blockchain technology because, in a relatively short period of time, adoption has spread from a fringe movement to a wider consumer phenomenon. Naturally, as new stakeholders join networks like bitcoin and Ethereum, those marketplaces will expand, inflate and, ultimately, correct. Keep in mind that the wild fluctuations in price are the noise, not the signal here.

Blockchain is a transformative tool, not a magic wand. Publishers and advertisers have the power to create a more accountable and transparent marketplace – one where value is exchanged just as easily as information. However, as with any networked technology, experimentation and widespread adoption are key. Simply put, smart contracts, like their manual predecessors, are worthless if the players in the marketplace don’t use them. If ad tech’s buyers and sellers can see through the hype, they can work together to strike a better deal.