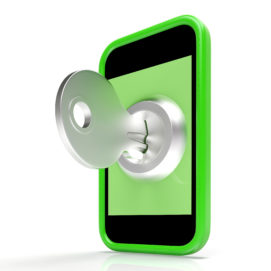 As an internet user, you’ve doubtless felt as though you were being followed from site to site, haunted by the ghosts of shopping carts past. Many people are uncomfortable with the idea of their data, and the invisible crumbs left behind via their internet trawls, being bought by companies and used for targeting purposes. From a company’s perspective, however, these crumbs represent valuable insights that can be used to make ads more relevant for consumers and, thus, more effective – which is why so many companies pay considerable amounts of money for the information. But where companies once had free rein to buy all the consumer data they wanted, recent measures taken by both corporations (Apple and Google) and governments (the eminent rollout of GDPR in the EU) have shown that the balance of power is beginning to shift back towards consumers. Writing exclusively for ExchangeWire, Samir Addamine (pictured below), founder and chairman, FollowAnalytics, explains why transparency should be seen as a strength, not a weakness, and why the will of the consumer should not be ignored.

Customers today expect – and demand – transparency from the companies and websites with which they interact. There’s nothing more disconcerting than seeing an email in your inbox from a company you’ve never interacted with before; and such aggressive behaviour tends to turn consumers off instead of draw them in. As a result, developers are finally taking note, and building in measures that prevent the collection of data without users’ express consent.

Privacy has also become something of a key issue for Apple, with the company recently coming up with a slew of initiatives meant to make it more difficult for companies to track users without their knowledge and limit what user information third parties can access. While these moves will technically only affect those with iPhones, iMacs, and iPads, they have already had a significant impact on advertising revenue, with some companies estimating quarterly revenue losses at over USD$20m (£14.1m). 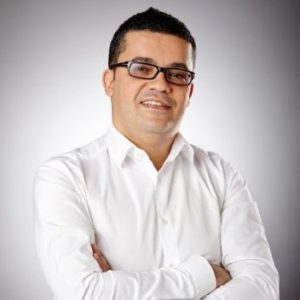 Apple’s new Intelligent Tracking Prevention (ITP) means that, on Safari, a website’s cookies can be blocked if the program sees no first-party connection to the user. As a result, it’s much harder for companies to follow their users around the internet – and much harder for them to get information on those with whom they don’t have existing relationships. While advertisers are free from these restrictions on Google Chrome, which controls an estimated 56% of the browser market, Google has recently implemented a built-in ad blocker that will eliminate annoying and intrusive ads. Fortunately for the advertising industry, Google worked in concert with ad companies when developing its blocker, which is designed to prevent ads that take up the entire screen, block content, or autoplay, and will not affect how advertisers gather information on users.

It’s not just private companies that are taking a more active role in protecting users’ privacy; governments, too, are taking a more hands-on approach with regards to the collection and use of data for commercial purposes. The impending roll-out of GDPR (the EU legislation that gives its citizens, among other things, the right to be forgotten and the right to know what information companies have on them) has required all companies, even many not based in the EU, to implement measures designed to protect individuals and their information. While these standards are currently limited to Europe, it is fairly likely that similar legislation will be introduced in the U.S. at some point. From this perspective, companies that take the initiative with regards to privacy will be the ones best-positioned for the future.

All of this is the logical extension of increased consumer concern over the use of their information for commercial purposes, a concern that has perhaps been exacerbated by the number of high-profile data hacks that have occurred in recent years. In addition, the fact that ad-blocker use has been rising steadily for years indicates that more and more users are concerned for their privacy, as well as irritated by intrusive and annoying advertising. Those companies that respect consumers’ privacy, instead of trying to subvert it for their own personal gain, will be the ones able to retain people’s trust and, by extension, their business.

The tide is shifting very firmly in favour of the consumer. So why is it that some companies choose to spend so much of their time trying to subvert the will of the user instead of acceding to their demands for privacy and transparency? Transparency doesn’t have to be a weakness; instead, being open with users about how their data is collected and used could end up becoming a competitive advantage. After all, it’s better to be on the right side of history.