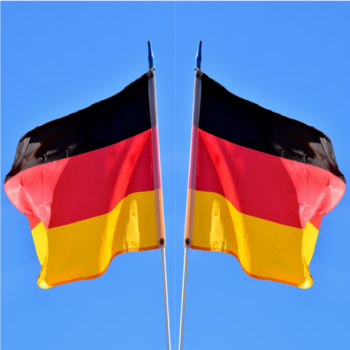 ExchangeWire has been running events in Germany since 2013; and in that time I have had a firsthand look at the workings of the local digital advertising market. Like in most markets, Google, Facebook, and Amazon dominate in Germany. But there is an interesting split between the remaining 20 percenters.

The German 20 percenter market can be described as a tale of two ecosystems: the ever-evolving in-app ad market, which is mostly based in Berlin; and the slow-moving, legacy web-based ad ecosystem, which is controlled by a handful of scaled sales houses.

In this post, I will examine the differentiation between the two, and where the opportunities lie for local and international madtech vendors.

The legacy, web-based ad ecosystem is complicated in Germany. For the most part, it is impenetrable for outside vendors. Most German media owners would prefer to work with German ad tech companies.

In the case where these vendors can’t scale or deliver, they grudgingly turn to Google. This barbed relationship is possibly the most awkward one in ad tech.

They are so desperate to get away from Google that they will gladly throw their lot in with any global ad tech company, happily breaking their ‘German-only’ business rule.

Germany is worth the effort though. It is second-biggest digital ad market in Europe. Its media owners are scaled, with operations across digital, print, radio, and TV.

Landing a media whale, like Axel Springer or ProSiebenSat.1, is the jackpot in this market. But you’d better bring something that the German ad tech ecosystem cannot do itself.

The most intriguing thing about Germany is its localised ad tech ecosystem. There are a lot of local companies built to service German media companies and brands. Many of the big sales houses have significant stakes in German-only ad tech businesses. ProSiebenSat.1 is a good example of this.

There is always a possibility of an international ad tech company being acquired. AppNexus is the most recent example.

Big German sales houses are wary of this, having had to deal with the fall-out of previous U.S. ad tech acquisitions. Their thinking: why commit resource and spend to a company that could be acquired by a strategic, that has zero interest in the German market?

Many of the sales houses look to invest in local entities. ProSiebenSat.1, for example, is a sizeable investor in technology holding company, VirtualMinds. VirtualMinds is a hybrid investment and incubator vehicle for ProSiebenSat.1 and other sales houses. It acquires stakes in local ad tech companies, as well as spinning out its own solutions, such as its SSP, YieldLab, or its DSP, Active Agent, that can be used by its investors and local market players.

Anybody but Google – and the AppNexus strategy

Some of these companies fill the gaps of point-solution providers. But when the legacy media players need scale, they are forced to work with Google. Now, Google would object to the word ‘forced’ being used in this context, but that is the reality. The Germans would dump Google without a second thought if they could find a reliable vendor capable of doing what Google can do.

This premise is backed by the recent success of AppNexus in the German market. The AppNexus power base in Europe is Germany. They have deep relationships with the major sales houses, and have even unseated Google at Axel Springer, after winning a brutal RFP process – a process that required the 11th hour intervention of Sir Martin Sorrell.

The lesson here for would-be ad tech challengers in Germany: scale like Google and you can win a slice of this lucrative market.

To international ad tech companies with German market aspirations: if you offer a point solution that can be covered by local players, don’t burn cash trying to break this market. Focus your efforts on the U.S., Canada, UK, Australia, and Southeast Asia.

While Berlin has a sizeable media presence (Axel Springer is headquartered there), a vibrant app ecosystem has evolved over the past number of years.

Berlin Partner, a government agency set up to attract startups to Berlin, has been actively courting games developers to move to the city.

This map of gaming companies gives an overview of how important game development is to the city’s startup scene. 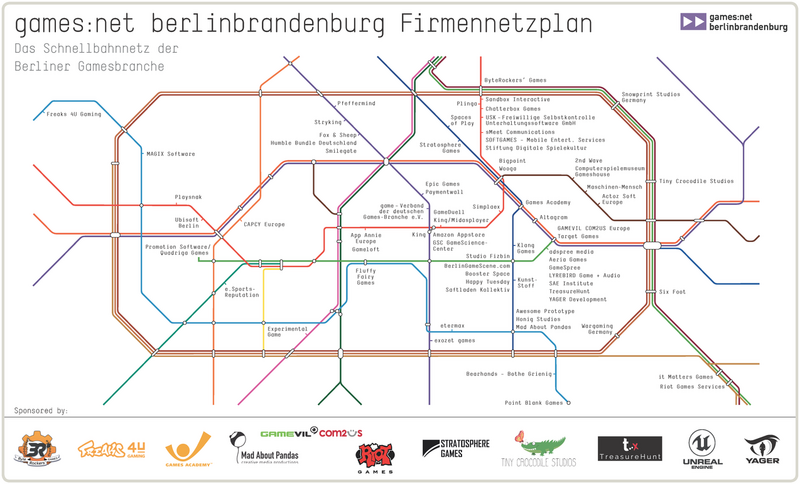 This concentration of app-focused companies has given rise to a number of local independent mobile ad-tech companies. Servicing this cluster of gaming companies has allowed them to build out app-first capabilities. Some of these companies range from app remarketing to incentivised video solutions.

It is also interesting to see both worlds overlap. Applike, a successful mobile ad network that works with big mobile game developers, is owned by Grüner + Jahr. It has been a big success for the sales house, and is clearly indicative of a new trend in the market, where the legacy media operators are recognising the big monetisation opportunity in gaming.

There are a lot of games that need monetisation. Header bidding and video are two big areas where vendors could succeed. And at this year’s ATS Berlin, on 6 November, we will be focusing heavily on these areas.

Germany is a tough market. But its scale, and the continued growth of the digital ad market there, mean there is a lot of opportunity for ad tech. Like all our ATS events, we will accentuate the positive and demonstrate how Europe’s 20 percenters can survive in the shadow of the duopoly.

ATS Berlin takes place on 6 November at the ASTOR Film Lounge in Berlin. Full agenda and tickets are available here.