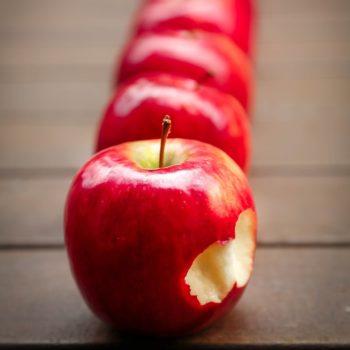 When Apple's Tim Cook took such a public swipe at the way Google and Facebook use personal data to generate ad revenue, you felt it was a calculated move from the canny tech CEO.

Apple’s hardware business is starting to slow, as users take longer to upgrade devices. The additional features are just not enticing people quickly enough to part with USD$1000. Apple can still grow revenue through its services business. And advertising will be a big part of that.

Tim Cook’s recent salvo at his Silicon Valley competitors’ ‘misuse’ of personal data is a clear indication that Cook is trying to muddy the waters around behavioural targeting. Why?

Apple is looking to grow its ad business significantly, as it’s an easy opportunity for them right now. I think the company can get to USD$10bn (£7.7bn) easily over the coming five years. Here’s how they are going to do it:

Build revenue and demand through the Apple App Store

Apple is already running ads in their app store, but could be doing more. The business is worth USD$500m (£385m), but the company could be pushing this harder. This should be a massive business, given its market share in the U.S. Apple should be pushing this like Google Search. It is the key channel for app discovery for Apple users.

I feel the company is not properly realising this massive monetisation opportunity, given it is the gatekeeper of its own ecosystem. It should easily be a multibillion-dollar business and the first port of call for any app marketer, in terms of user acquisition.

We have been speaking to DTC brands as part of our outreach for the recently launched DTC Index; and many brands have told ExchangeWire that Google and Facebook are the main channels for customer acquisition. Apple was barely mentioned.

It is clear the company is not maximising this obvious multibillion-dollar ad business. They need to throw resource at this to prime the Apple demand pump, as this will get them a little closer to that ten-billion-dollar business mark.

ITP (intelligent tracking prevention) could well be the death knell for ad tech on the Apple ecosystem. It is harder to do web-based behavioural targeting across Safari. It is clearly having an effect.

Criteo, one of the industry’s biggest retargeters, is struggling to make it work on Safari. Its revenue was down 6% YoY. It’s hard to gauge if others are having similar problems, but it’s probably accurate to say that much of the Apple web-based ecosystem is going dark for ad tech.

This is a huge opportunity for Apple to build a massive contextual ad network, primed by its App Store demand.

Some of you reading this will be spitting out your afternoon tea in disgust at this statement. But it is becoming increasingly clear to me that Apple can own monetisation in Safari.

If half the internet population in the U.S. – and a third in Europe – is using Safari, Apple has a huge addressable market to play with here for advertisers.

And the best thing is it will all be privacy compliant, as targeting could be done on a contextual basis. I see this as a no-brainer. It could easily be a USD$10bn (£7.7bn) plus business.

How will Apple do this? It might need a few things. Some contextual targeting specialism. But most of all, it will need a commitment from Apple.

My sense is Tim Cook will look at this as easy money. He will observe the ease with which Amazon is building a successful ad business. This is high-margin revenue – which Apple won’t leave on the table.

There is talk of TV revenue being a big money earner. I don’t see that happening in the near term. Its streaming service is still nascent. But Apple users are always hungry for more Apple services – so it could be significant if Apple streaming services get traction.

For the rest of us, it is all our GAFA nightmares coming at once. Another U.S. company will snatch billions out of an already dwindling ad pot. We, the 20%, could soon be the 10%. 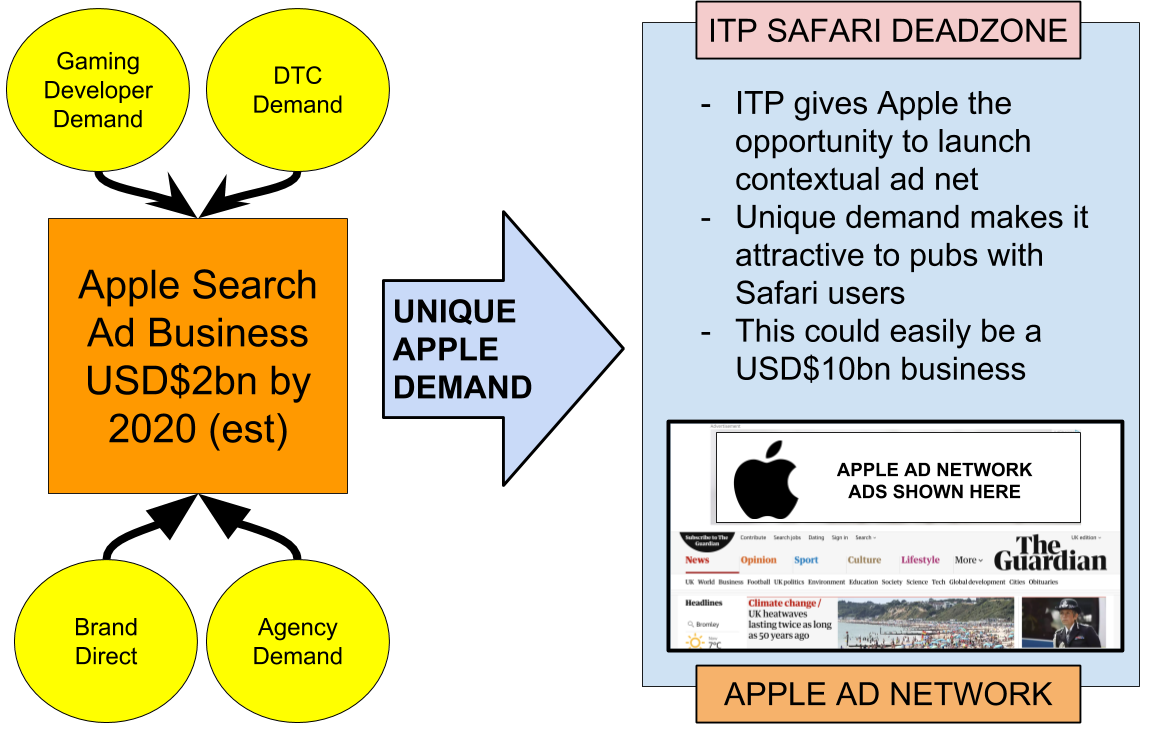