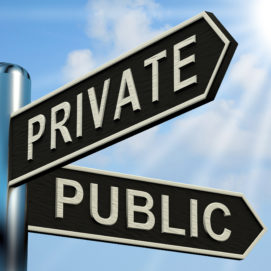 Private marketplaces (PMPs) have played a key role in the programmatic industry thus far, ensuring brand safety for publishers whilst taking advantage of the growing market. However, with increasing trust in the open market and regulatory maturity, will PMPs retain their status going forward? In this piece for ExchangeWire, Moti Tal (pictured below), CTO & co-founder at Simplaex, discusses the position of private marketplaces in today’s programmatic environment and how the ad-tech market of the future may be shaped.

PMPs in the adolescent programmatic industry

In the ad marketplace’s teenage years, DealID and private marketplaces have played a starring role. Emerging in response to the market’s growing liquidity and accompanying pricing pressures, they were a safety net for publishers – against fraud and arbitrage, primarily. The benefits weren’t all one sided too, since they catalysed the programmatic shift from remnant to quality, bringing buyers new premium placements and audience-based exclusivity.

But the PMP story isn’t all sunshine and light. Their downside, to this day, is the legwork, monitoring, and tweaking on delivery, and all of the manual work that entails – the hours lost that don’t even guarantee a valuable return at the other end of the tunnel.

Some have been quick to point out the irony here – private marketplaces’ drawbacks are the exact same ones that programmatic had always promised to solve. So much for the benefits of automation. How can publishers draw the right line between the higher yields promised by PMPs, and the lower touch of the open marketplace? If ad tech really is reaching adulthood, where do private deals fit in? 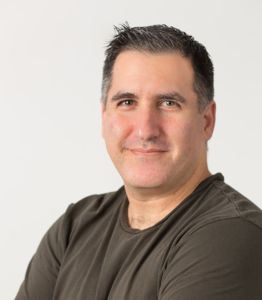 Another question immediately also occurs: if, in a post-ads.txt world, fraud and arbitrage are down, how does this tip the OMP/PMP balance? Especially if, as we’ve pointed out, private marketplaces were created specifically in response to those challenges. And let’s not forget, those anti-fraud measures are crucially now also evolving to include in-app too.

Since ads.txt gained adoption, there are whispers of businesses – even entire markets – turned on their heads. This suggests real change – not just another sticking plaster at work. If implemented correctly, publishers really are now starting to be in the driving seat. And also, that resellers of inventory, alongside domain spoofing, could soon be things of the past. Ads.cert promises to take us even further towards a truly meritocratic marketplace, where value is fairly rewarded, and that is anything but a ‘market for lemons‘.

But if trust in the open auction is on the rise, does that mean the role of private deals is necessarily lessened? And what of the fact that we hear more and more buzz in the market around the promise of programmatic guaranteed? If higher yield in return for exclusive access on the sell side is combined with cast-iron delivery, surely that is one step towards resolving one of PMPs’ key flaws.

In short, it’s not so much (as some have argued) that PMPs are doomed, and everything will be ultimately traded on the OMP, in real-time. It’s more that the RTB protocol is evolving, to include both guaranteed (at the highest level) and real-time (everything else.) In such an efficient system, the manual work around managing individual deal delivery just falls away, and the old direct/IO deals find a new home in programmatic guaranteed. Scott Bender of Prohaska Consulting has argued something similar might happen, with particular emphasis around both the limitations of PMPs as impetus. He also rightly calls out the organisational changes required inside publishing businesses to effectively grow guaranteed alongside the real-time open auction.

On the other side, the research keeps telling us private marketplaces are in fact taking over – although it’s very possible we are using different terminology, but making the same argument. According to eMarketer’s definition (“an invitation-only RTB auction”) the PMP category could well also include programmatic guaranteed. Meanwhile, ‘programmatic direct’ (a term sometimes, confusingly, used interchangeably with guaranteed) is considered separately from both OMP and PMP, “transacted as blocks of inventory using a non-auction-based approach via an API”. And we can probably surmise that ‘direct’ here refers mostly to social network ads rather than programmatic display.

Is programmatic truly stepping out of its teenage years, towards adulthood and maturity? Perhaps so, if the ongoing GDPR process, or even the U.S. IAB now volunteering regulation rather than self-policing are a guide. With further consolidation arguably also in the cards, the market evolution continues apace. Alongside so much change, we should continue to evaluate – and iterate – not just the tactics at our fingertips, but also how we use them.

Ultimately, whether it’s OMP, PMP, HB, or PG, we should look beyond the acronym, to the overall business and operational effect of the technology itself. With the right checks, security, and trust in place, the open auction can evolve to play a larger role – to include both guaranteed and, of course, real-time bidding too. All under the auspices of ‘header bidding’.

As Binet and Field have shown, a high level of creativity can make campaigns up to 11 times more effective. And the impact of creativity may be even more important in a digital context, outshining anything planning and targeting can do. That means more priority should once again be placed on freeing up time from menial tasks. Whether it’s monitoring, optimising, or checking on delivery – all of these tasks (or the lack of them) take on critical importance.

Growing up never seemed so urgent.

Rivr is a new Audience Yield Manager, powered by Simplaex’s AI-backbone, that enables SSPs and publishers to progress to an audience-based performance model, delivering exponential value to both advertisers and publishers. Rivr is the first AI tech…
More about Rivr »
Powered by WireDex