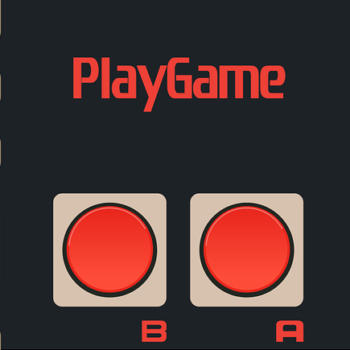 Following an increased presence of gaming developers and publishers at advertising industry events, such as Cannes Lions and DMEXCO, within the previous few years, along with technical innovations such as the roll-out of 5G, now could be the time when the worlds of advertising and gaming become more intertwined.

ExchangeWire speaks to James Draper, CEO of Bidstack, for an explanation as to why both circles are now examining in-game advertising options more closely, along with what safeguards need to be put into place to preserve the gaming experience.

What are the main reasons behind why we are seeing an increase of gaming professionals at advertising events such as Cannes Lions and DMEXCO?

There are two answers to this question.

From an advertiser’s point of view, they are looking for a new, ‘up-and-coming’ channel to invest in, especially with increasing frustration towards the dominance of platforms like Google and Facebook. We all know that traditional ad channels are becoming less effective year-on-year and hence there is a decline in spending in those channels. In-game advertising, specifically native in-gaming advertising, is a completely new ad channel that advertisers should already be exploring. Gaming gives brands and advertisers instant access to a highly engaged, young and gender diverse audience.

From a game publisher point of view, they’re looking for new, more innovative, and more feasible ways to monetise their games and increase the longevity of their titles too. Purchases of physical copies of games are declining and micro transaction and other in-game purchases are under scrutiny, meaning some game publishers are looking for new ways to diversify their revenue streams.

With native in-game advertising, publishers can take advantage of the steady revenue stream the channel can provide; the pace and scale of programmatic advertising; and brand safety. 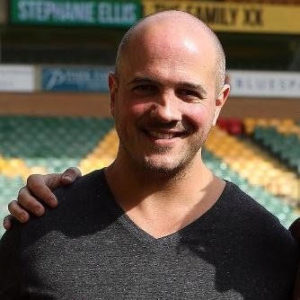 A lot! We have seen the continued growth of esports and the success of key titles such as Fortnite, Fifa 19, Red Dead Redemption 2 and Call of Duty: Black Ops 4. This has seen the gaming industry become worth more than video and music combined, with a value of £3.86bn - more than double its value in 2007.

The most savvy account planners recognise the opportunities presented by in-game advertising. They're able to look beyond the misconceptions of the average gamer stereotype being a teenage boy holed up in his bedroom and recognise the diversity of the 2.5 billion global gamers that they should be addressing – 50% of whom are female.

The introduction of 5G and cloud-based gaming services – which is a console free, subscription based approach to gaming – are set to diversify that audience even further in the coming year to 18 months.

Aside from event attendance, what more can be done to convince brands to advertise in games?

We feel a duty to educate all that are interested in native in-game advertising. For an advertiser, we want to educate them on the sheer size of the gaming and esports industries and what impact that audience could make for media.

For game developers, we want to help them broaden their understanding of advertising, see what advertising done right in-game looks like and how native in-game advertising can help the industry without damaging the end users’ experience.

What can be done to encourage more game developers to embrace in-gaming advertising?

It’s not just convincing game developers about in-gaming advertising, it’s also about swaying brands and advertisers about this new channel too. We need to create opportunities that bring the two industries together so that they can hear each other’s pain points and how joining forces could be the answer they’ve both been looking for.

As a bare minimum, we should be creating forums whereby the content is relevant for both game developers and advertisers/brands. Using E3 and Cannes Lions as examples, both very well-respected events with industry-changing content, but both tailored to one specific audience.

What lessons from in-game digital advertising can be applied on other platforms, such as TV, audio, and DOOH?

Accessibility – A rise in technology means that accessing higher quality games on portable devices is a reality rather than a theory. People are already gaming on the go and there is no reason that DOOH and audio can’t interact with the medium in a way that adds to the gamer’s experience without breaking immersion.

Connectivity – With 5G right on our doorstep, people will be able to play high fidelity games on the move; DOOH could interact with this in a fun way through AR.

Context – With over 50% of gaming happening on mobile GPS, this enables in-game advertising to be truly contextual based on someone's location at a particular time, so DOOH ads could be served in-game – encouraging them to visit particular locations for example.

Attention – We recently commissioned an independent study into attention and found that in-game ads outperformed digital display advertising across all of the games we tested. This is because the audience is engaged when they play and can’t block ads, scroll past them at speed or be distracted by other devices. There will be new ways to reach engaged and captive audiences through other mediums and it’s down to advertisers in those fields to discover them.

What safeguards can be put into place to ensure that advertising on games is appropriate, as opposed to being distracting, inappropriate for the audience, or invasive?

We recommend having a comprehensive brand safety and creative approval policy to ensure that creatives displayed in-game are suitable for the environment and will enhance the gaming experience. This means ads don’t break immersion and appear in natural spaces that are native to the environment, i.e. where gamers would expect to see advertising, such as the start/finish line of a race track or the pitch-side LED billboards of a football stadium.

Ads should also go through a two-tier approval system. Anything flagged as distracting, inappropriate or invasive would be removed or sent to the game publishers themselves to make a judgment call on. Put the gamer first when placing ads into a game environment, and that means that advertisers and brands who work with you are protected. We are also JICWEBs accredited and are members of the IAB and TAG.

What is the future for digital advertising within gaming? What opportunities have yet to be capitalised upon, and what new technologies will be developed?

There are a lot of opportunities that have yet to be capitalised on and with cloud-gaming services on the horizon we expect more opportunities to present themselves.

Being able to accurately measure both the watching audiences on streaming services and the impact of advertising on this secondary audience is something that would be hugely valuable. The ability to buy space directly via a channel or in-game at a peak time when a major influencer or esports team will be playing a particular title is something that would add immense value for brands.

In terms of new technologies, the big shifts are likely to come from 5G and cloud gaming but advancements in AR could also transform location-based AR gaming. What was started by Pokemon Go and recently updated with Harry Potter Wizards Unite could be taken to a whole new level with upcoming releases such as Microsoft’s Minecraft Earth. The opportunity for brands to create adventures within a universe like this could be huge.

How big an issue is ad fraud within games and what can developers do to address this?

In-game advertising, be it mobile, PC or console is a relatively new area and work should be done with industry bodies to define native in-game advertising as a new ad category. New opportunities like this are often vulnerable to opportunism which is why preventing ad fraud in our products is something we take extremely seriously.

We also recommend working closely with a number of partners to ensure robust processes are in place to protect against malicious ads, and inappropriate or poor quality content being displayed within games.

SDK and verification tech should also be designed to ensure that game publishers are always protected, while guaranteeing that the immersion of the gaming experience isn’t damaged and that brands that appear in-game are suitable in terms of their content and quality. We see this as an ongoing process which is evolving, thus we actively keep an eye on developing technologies.