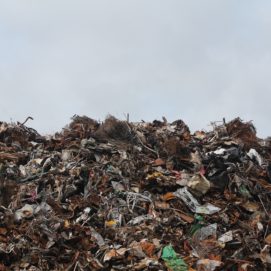 Consider the terms ‘fraud’, and ‘waste’. While fraud conjures up the emotions of anger, alongside romanticised mental imagery of scheming criminals versus noble forces, waste is a far less emotive and enticing concept. However, in an industry as complex as programmatic, with a multitude of nodes interlinking at various touchpoints, small amounts of wastage can build into as serious a problem as fraud, if not more so.

Writing exclusively for ExchangeWire, Nikao Yang (pictured below), chief operating officer of Lucidity, covers why waste in the advertising the supply chain should no longer be ignored.

Ad fraud is often portrayed as something sinister. The industry likes to paint ad fraud as something carried out by insidious enclaves of anonymous hackers scheming in dimly lit rooms lined with humming servers. Fraud is shady, intentional, certainly criminal, and steals millions of dollars from honest, decent advertising folk.

Framed that way, the fight against ad fraud seems somehow easier, doesn’t it? Catch the criminals and we win the war.

If only it were that easy. 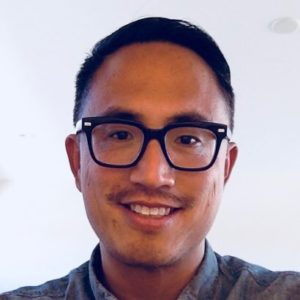 The reality is always more complex. There is more than just criminal activity siphoning away ad dollars, and the industry needs to face the impact that a broken supply chain has on the long term viability and scale of programmatic advertising.

What has rarely been documented (and is harder to quantify) are the types of non-malicious activities that might not get immediately flagged as “fraud.” To name just a few:

You might call it fraud, or you might call it inefficiency. Sometimes it’s just a vendor taking advantage of a buyer’s assumptions. It could even be mistakes. Regardless of what we label them, these kinds of issues create the same problem as even the most insidious of scams:

Inefficiencies affect measurement and performance, and result in advertisers not getting what they thought they paid for. The broken, siloed supply chain has the exact same effect as the more calculated and brazen efforts at outright fraudulent operations: inaccurate data, wasted spend, and inferior results.

The one nice thing about supply chain inefficiencies is they leave a breadcrumb trail.

The most common clue that something fishy is going on with your advertising is data discrepancies. It could be discrepancies between demand-side and supply-side systems, or between individual reports from different technology partners. It could simply be the result of different tracking methodologies (which can cause problems alone), or it could be signalling something more.

A quick scan of any customer support forum or ad-ops subreddit will show countless numbers of ad-ops pros pulling their hair out over discrepancies. It’s for good reason. Discrepancies cause confusion, erode trust, waste time and money, and ultimately hamstring an advertiser’s ability to assess their own performance.

Interestingly, despite the frustration, the industry doesn’t typically treat discrepancies as a serious threat. In fact, we tend to view them as the cost of doing business. Even Google, the leading ad seller by a projected USD$35.2bn (£28.2bn), suggests that a 20% discrepancy rate is not only common, but should be expected.

When did we become so complacent with wasting money? With a lack of reliable marketing intelligence?

Wasn’t the original promise of digital advertising that we’d finally have a way to measure what we spend?

Not an afterthought: why real-time matters

To be fair, the industry has gotten better about trying to curb discrepancy rates and the activities that cause them. Pleas for greater transparency are being heard.

In the recent “declaration fraud” controversy, it was suggested that discerning buyers would need to compare the video size in the bid request to the one rendered in order to identify if there’s a problem. However, it was also noted that to do this would require tedious, manual work, and would only serve as a “post-bid” optimisation for future campaigns.

A step in the right direction, but not ideal. Advertisers clamour for “real-time” data for a reason. If you’re only ever able to optimise future campaigns, you’ll find yourself in a never-ending game of catch-up.

Advertisers need an ability to catch all kinds of fraud and waste in the act. That means the ability to identify discrepancies in real-time and move dollars away from broken and fraudulent placements for all active campaigns.

Towards a solution and getting what you paid for

At the end of the day, all kinds of fraud and waste in digital advertising are inefficiencies. Plausible deniability, or even using the scapegoat of complexity, should not be a shield for members of the supply chain. We’re all complicit. The lack of transparency is real.

The industry needs a commercial-scale, transparent solution across silos to identify sources of discrepancy and provides advertisers with a way to avoid them. Whether it’s outright fraud or a bad integration, if you’re paying for an impression that hasn’t been confirmed by everyone, your budget is being wasted and you’re not getting what you paid for.

It’s always easy to blame the criminals. It’s much more difficult to look at ourselves in the mirror and recognise faults in the system we’ve created.

We start by following the discrepancies. Now we just need to eliminate them.

Lucidity brings clarity to advertising. When analytics are measured differently by every member of the digital advertising ecosystem, then data discrepancies are inevitable, campaign optimizations are difficult to make, fraud is easy to hide, and the…
More about Lucidity »
Powered by WireDex