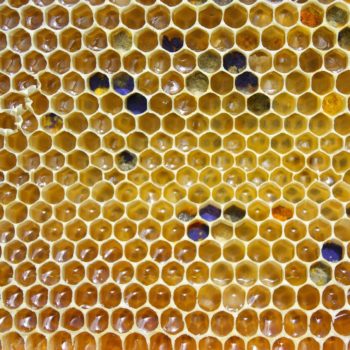 It’s easy to hold negative views about the state of the market right now. The third-party infrastructure that forms the basis of the digital marketing ecosystem is slowly being dismantled by regional privacy legislation and browser ITP initiatives.

We are witnessing a shift to a first-party ad economy. It’s going to be a difficult transition. From the DPA’s subjective interpretations of the GDPR, to unpredictable browser ITP moves, it is difficult to read what will happen next.

In this post I will attempt to speculate on likely outcomes over the coming twelve months, as we make the move to a first-party ad economy.

1. IAB Europe’s Transparency and Consent Framework (TCF) will satisfy DPA requirements, but we will depend on Google’s good will

Having sat and watched the ICO at a number of recent industry events, including our recent ATS London, I am convinced that the ICO wants to work with the industry to find a workable privacy framework.

The ICO has a responsibility to protect user privacy under GDPR and other privacy legislation. And even if Brexit does happen, I doubt this underlying commitment from the ICO will change.

The IAB has recognised this, and is heavily engaged in a process to make programmatic work in this new privacy-first era. The TCF has been our industry’s answer to privacy oversight.

After a few false starts, including Google’s non-participation and some newsworthy complaints, I think we are getting close to a TCF that everyone can agree on.

There is one caveat here: Google. With both Apple and Firefox declaring war on third-party cookie use, Chrome is the only major browser that still supports them.

With Safari and Firefox becoming third-party wastelands, Chrome is attracting even more programmatic spend. Our dependance grows by the day on Google - and that, dear reader, is an incredibly dangerous place to be.

At a recent function at DMEXCO, over a number of frothy pilsners, a European publisher exec told me that since 2017, they had abandoned passerby traffic arbitrage to focus on logged-in users.

The strategy resulted in a significant drop in traffic, but had increased their first-party data. While revenue took a hit initially, it did recover as overall eCPMs rose in line with supply constraints.

This strategy looks like genius foresight. The publisher in question is in a strong position as we move into the first-party era.

All publishers are going to have to follow a similar line to survive. First-party data is table stakes for digital media. Whether or not publishers can do this at scale is a critical question. Scale is likely to be stitched together via data co-ops, ID initiatives and data joining tech.

3. A single sign-on for all

The SSO (single sign-on) is going to be critical going forward. Not only will it play an important role in preserving the user experience, but it will also help publishers build out a unique identifier for data-driven buyers across premium domains.

netID looks like it is getting proper traction in Germany. Other country-specific publisher co-ops will do something similar. The industry will need this to happen sooner rather than later, as a 20% persistent ID is necessary to compete with the walled gardens.

4. A two-tier digital display ecosystem emerges from the privacy rubble

Programmatic is not going away - and neither is RTB. But given the supply constraints around opted-in supply, we will see a new two-tier system appear: the programmatic tier and the IO-based tier.

5. The rise of the vertical ad net

Ad nets remain the most robust business in our ecosystem. While programmatic certainly culled a lot of ad net businesses, it did give rise to a new breed of data-driven solution providers. We are going to see a whole new wave of ad nets appear. The most prominent of these will be the vertical ad net.

This ad net will pick a vertical specialism, and will work solely on IO business. It will aggregate supply using a tag on a page, allowing it to do some rudimentary frequency capping, targeting and attribution.

We will also see huge opportunity in monetising Safari traffic, and there will be massive need for smart contextual ad nets to monetise the anonymous web.

Ultimately, the anonymous web will be a waste land for speculative context, affiliate and house ads - so anyone offering decent eCPMs for Safari and Firefox traffic will get business from publishers.

6. A shift of programmatic spend to mobile app inventory

Let’s take the example of incentivised video. For many years marketers held their noses at the idea of buying video ad impressions on casual games like Candy Crush. Many deemed it not premium enough. Ironic given how much marketing money is allocated to YouTube - effectively an incentivised, user-generated content platform.

With web-based supply constraints on programmatic about to hit the industry, mobile app inventory will become more attractive to buyers.

A persistent ID on Safari and Android makes it all the more attractive for data-driven buyers. It’s going to be a boon to scaled mobile app publishers looking to increase revenue.

A lot of big marketers are data poor. Because of this they have an over reliance on third parties. Their acquisition costs are rising - and will continue to do so as ITP and privacy regulation affect supply and pricing.

To avoid these acquisition and retention costs, some marketers will start buying data-rich publishers. There is precedent for this. In 2015 Under Armour bought My Fitness Pal for close to USD$500m.

The health and fitness app was loss-making at the time, but what it did have was 80 million MAUs (monthly active users). That was 80 million potential Under Armour customers it didn’t have before the acquisition.

Other big brands are likely to go down a similar route, as third-party data use becomes even more problematic. Obviously there are some pitfalls for a brand owning a publisher (particularly concerns about conflict of interest), but the upside should outweigh any concerns.

What type of publishers should brands be buying? Ideally they should look for pubs with a scaled, logged-in user base and a vertical focus (preferably a utility). This will definitely be a trend going forward, especially when media costs start to rise.

Ultimately ad tech will find a way to stitch together the 20%. If they have access to first-party data, brands could be in a strong position to move spend away from the walled gardens.

It is hard to gauge where this industry is going right now. There is a sense of the unknown. But one thing is for certain: we, as an industry, must wean ourselves off the third-party cookie. We will do this by innovating, and building new solutions that fit this privacy-first age.

I hold a contrarian view on madtech’s perceived bleak future. As I have said many times before, ad tech is the monetisation engine of digital media. And in my view, it will ultimately help brands, agencies and publishers find a way out of the current quagmire - empowering these constituent players to take on the scaled monopolistic walled gardens.

We will be discussing all this and more at ATS Berlin on 5 November, 2019. Limited tickets are still available.