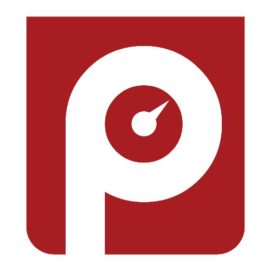 Pixalate, a global ad fraud intelligence and marketing compliance platform, today [22 April 2020] announced the release of its newest report examining how U.S. programmatic advertisers have adjusted ad spend in the face of a global crisis: Programmatic Ad Spend in the Age of COVID-19: Connected TV/OTT Advertising.

These key statistics are based on Pixalate’s research comparing the first full week of March (March 1-7) to the last full week (March 22-28).

PBS and CNBC lead the risers; Hulu and Sling TV among fallers

The report reveals which Roku apps gained or lost the most ad spend (based on ad transactions) in March 2020, according to Pixalate’s research. Below are some examples of fast-rising and decreasing apps:

● Apps that saw an increase in ad spend

What’s inside the report?

● Roku apps that lost the most ad spend

“The OTT ad ecosystem is facing its biggest trial to date from an external force, and advertisers appear to have reacted by decreasing investments at a rate similar to what we observed in mobile in-app”; said Jalal Nasir, CEO of Pixalate. “However, the pullback in ad spend is not ubiquitous, as certain apps and platforms have flourished while others have lost dramatic market share.”

The content of this press release, and the Programmatic Ad Spend in the Age of COVID-19: Connected TV/OTT Advertising report (the “Report”), reflect Pixalate’s opinions with respect to the factors that Pixalate believes can be useful to the digital media industry. Any proprietary data shared is grounded in Pixalate’s proprietary technology and analytics, which Pixalate is continuously evaluating and updating. As cited in the Report and referenced in the Report’s key findings reproduced herein, programmatic ad transactions, as measured by Pixalate, are used as a proxy for ad spend. The Report examines U.S. advertising activity. Any references to outside sources in the Report and herein should not be construed as endorsements. Pixalate’s opinions are just that, opinions, which means that they are neither facts nor guarantees.

…
More about Pixalate »
Powered by WireDex