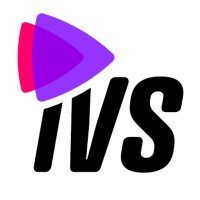 “While our focus continues to be on growing our premium publisher network, the launch of iVS’ in-stream video advertising marketplace signifies an important step for the company. We have a unique opportunity to develop the leading programmatic marketplace for in-stream video advertising in Southeast Asia, which is an unprecedented offering to the market. Building out the demand side function of the business is no small task, so we are primarily looking at getting the right mix of talent and technology in place as we ramp up the operation”, said Milan Reinartz, CEO of iVS.

“SpotX have partnered with iVS in Indonesia for ongoing programmatic campaign activations and enabled their video market place to be an effective and easy route to achieving brands’ campaign objectives. With many leading premium publishers enlisted in their market place, brands are able to hit their audience reach and frequency goals whilst delivering high in-stream video ad completion rates. A great solution for buyers looking to realise the potential of in-stream programmatic video at scale.” said Gavin Buxton, managing director Asia, SpotX.

As part of its expansion in the region, iVS also onboarded two new senior hires Hari Shankar, who joins as chief revenue officer from Singapore Media Exchange (SMX) where he was CEO. Hari is an industry veteran bringing his digital media experience as former Managing Director at Ecselis, the digital performance unit of Havas Media Group. He was also previously the head of digital acquisition of APAC at PayPal.

Hari will be responsible for acquiring new publishers and advertisers onto the platform. Today, iVS has over 150 premium publishers on its platform from key markets including Indonesia, Philippines, Malaysia, and Singapore.

“We are excited to launch what we believe is a best-in-class programmatic advertising marketplace that solves inefficiencies for both advertisers and publishers in Southeast Asia. Despite the challenging environment, particularly for advertisers who saw budget cuts earlier this year due to COVID-19, we are seeing a strong rebound in demand for a solution that effectively engages consumers for advertisers and increases video inventory for online publishers,” said Hari Shankar, chief revenue officer of iVS.

Joc Cing Tay also joins as CTO. He was previously the VP of engineering at Appier in Taiwan, leading a team of over 100 engineers.

The company has also rebranded to iVS – Intelligent Video Solutions (formerly iVideoSmart). The
new rebrand reflects the expansion and increased focus on the demand side. To find out more, visit iVS’ new rebranded website.