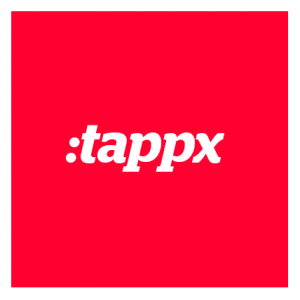 The ranking featured in a deep analysis entitled “The Adoption of App-Ads.txt” conducted by mobile app intelligence firm 42matters. It revealed that Tappx was listed in 23.19% of all Google Play apps featuring app-ads.txt. Only Google ranked higher than Tappx, with it being listed in 96.63% of all Google Play apps. Direct advertising partners are ad tech firms that have been authorised by app developers to sell or resell advertising inventory.

“The fight against in-app ad fraud can only be won through a concerted collaborative effort with all actors present within the mobile advertising ecosystem. At Tappx, we have leveraged the breadth of our developer and publisher network, and promoted the value of adopting the IAB app-ads.txt initiative. We’re pleased to report that to date, Tappx has successfully encouraged app-ads.txt adoption in over 30, 000 Google Play apps.”

“We reached this milestone for ‘second most listed direct ad partner in Google Play’ by implementing a robust three-point ad fraud prevention strategy: Firstly, we focus on leading transparency rankings, with a rigorous framework present to ensure quality ad inventory availability. Secondly, we educate and share best practices and collaborate with bodies like the IAB, MMA Spain and FaqFraud, and thirdly, we champion industry initiatives such as the rapid adoption of app-ads.txt.”

“As the app economy continues to grow, so too will measures aimed at reducing ad fraud, solving in-app spoofing, and protecting user privacy. So, by tracking the IAB’s ‘app-ads.txt’ fraud prevention standard — along with millions of other app market insights — we at 42matters are able to highlight the most reliable in-app advertising partners in the mobile industry. This includes Tappx, which offers one of the best ad tech solutions on the market.”

The IAB launched app-ads.txt to help combat app spoofing inventory fraud. The app-ads.txt format is an extension of ads.txt for applications distributed via mobile app and CTV/OTT app stores. app-ads.txt is a simple text file that developers and publishers can integrate into their website domain. The file details all authorised ad space sellers, enabling buyers to purchase ad space inventory with confidence.