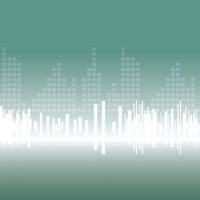 Rapid advances in technology mean we are about to undergo a sonic renaissance, with sound and audio tech set to be a much more integral part of our everyday lives. In this exclusive piece for ExchangeWire, Phil Rowley (pictured below), head of Futures at Omnicom Media Group UK, delves into these technological advancements, what they mean for the future of audio, and how brands can prepare.

Sound is the oldest communication method on earth. We’ve passed through the primitive era of war drums and chanting, through to the era of electrification and amplification, and on to the digital era of podcasts and programmatic. But throughout history, we’ve always required three things from our sound. First, fidelity, or the need for sonic information to be passed on as accurately as possible. Second, utility, or the need for sound to be of use to us, either to entertain, inform, relax, excite. Third, variety, or the need for us to have choice over the kinds of aural experience we want.

In the future, this will not change. Tech advancements in miniaturisation and AI will help satisfy those requirements like never before. Here’s what you can expect to see:

Tech will bring us a better standard of auditory experience. ‘Binaural’ sound will deliver spatially accurate audio interactions, with just two headphones. Users will experience a sense of perfectly recreated sonic geography, with musical instruments seemingly panned specifically into different corners of the room – like stereo on steroids. This tech will be also brilliant for gaming, with players knowing, to within an inch, that an alien facehugger is attaching itself to your left ankle.

In parallel, voice tech is also reaching an inflection point. Google recently stated there’s 500 million monthly active users of their Google Assistant. Apple are trailing behind slightly with 375 million. Consequently, voice is set to become a default ‘command centre’ for many tech interactions. Voice will be the ‘new finger’, allowing us to request an increase in volume, a change of track, or even ask for a song recommendation. In the future, your hands will spend more time inside your pockets, it seems.

More important, however, voice tech will also become the ‘new eyes’. Once it enables the written word – for instance books, articles, emails, texts – to be read to us by an AI-narrator, then suddenly, all text-based media can become mobile media. In fact, BBC has recently announced Project Songbird, an in-house AI that will narrate BBC-written content to people on the move. We’re also seeing the emergence of audio chatbots: customer facing technology able to converse more effectively with consumers on helplines or even from within advertisements. Clearly the tech is gaining momentum. 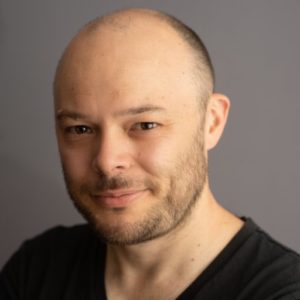 As we progress, we’ll also see machines making significant headway in their ability to mimic, manipulate, and manufacture their very own synthetic sounds.

Imagine an AI-generated music bed auto-composing itself in real-time to accompany your day – like a gaming soundtrack, taking its cues from your actions, location, mood, weather. Or when you’ve run out of Beatles songs to listen to, imagine an AI composing new music in the Merseybeat style after algorithmically ingesting their back catalogue.

Further down the line, we expect to see the rise of virtual pop stars; animated avatars whose songs and their ‘live performance’ will be generated and performed by AI. Of course, the advantage of virtual popstars is that they always turn up on time, never have diva-ish meltdowns and can appear in multiple places at once. We already know some record labels are interested.

Perhaps the most significant shift will be using audio technologies to gain total sonic control of our environment.

Noise pollution is an underrepresented and misunderstood phenomenon. We live in an ever-more cacophonous world, punctuated by loud one-way phone conversations and blaring car horns. Our eyes have eyelids but unfortunately our ears have no such appendages.

However, we also live in a tech-fuelled, on-demand world, where our ability to control our environment is rather remarkable. Enter augmented audio: technologies granting us the power to wall ourselves off from the noise of the outside world; a filtering out of any unwanted threats to our eardrums.

With ubiquitous headphone usage, augmented audio will deliver silence at times of cacophony, feed us music to help us concentrate at work, narrate our emails, give us directions to the meeting place, and also allow us to hear only from those people who we really want to hear from. In fact, Mark Zuckerberg’s new AR specs, unveiled in September, are rumoured to enable a user to hear only from individuals who are fixed within the gaze of the specs. Essentially, augmented audio is an audio block on everything except your chosen auditory input. It is the echo chamber of social media crossing over into the real world.

If you’re a business or a brand, to prepare for these changes, you might wish to do two things:

First, find your points into the audio-tech territory that exist in the now. Ensure you’ve mastered digital audio by including programmatic-led placement and podcasting in your current campaigns. If you’re already doing that, look at progressing your understanding of voice tech too, starting with voice search.

Second, master native advertising. Understand how to be an intrinsic and additive part of the ubiquitous sonic experiences this new era will bring – not an interloper. In short, build don’t badge.

Ultimately, development in audio technologies will allow us to enhance the quality of our sound, will help us generate a wider variety of auditory experiences, and help us to block out the unwanted blare of modern life. Again, throughout history, we have only ever demanded fidelity, utility, and variety from our sounds, and we’re now reaching an inflection point where technology will help deliver those basic human needs like never before. And you should be part of that.